McGurk3. Try The McGurk Effect! - Horizon: Is Seeing Believing? - BBC Two. Fifty psychological and psychiatric terms to avoid: a list of inaccurate, misleading, misused, ambiguous, and logically confused words and phrases. “If names be not correct, language is not in accordance with the truth of things.” 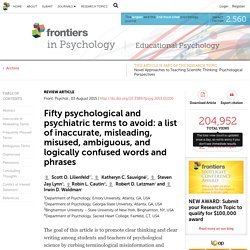 Can Playing the Computer Game “Tetris” Reduce the Build-Up of Flashbacks for Trauma? A Proposal from Cognitive Science. Abstract Background. 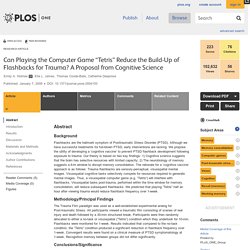 The End of History? The short, strange era of human civilization would appear to be drawing to a close. Dehumanisation is a human universal – David Livingstone Smith. In March 1945, Leatherneck Magazine, an official organ of the United States Marine Corps, published a brief, ostensibly humorous article describing a parasite named Louseous Japanicas. 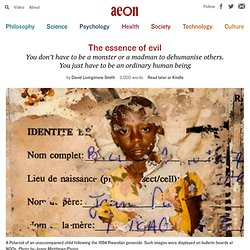 Noam Chomsky on Libertarian Socialism. The forgotten genocide. Throughout this month, the global community unites to remember the systematic slaughter of six million Jews and an estimated 11 million other victims under the Nazi regime. 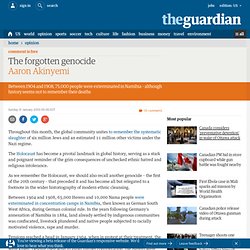 Observer review: Eichmann by David Cesarini. Eichmann: His Life and Crimesby David CesariniWilliam Heinemann £20, pp352 The trial of Adolf Eichmann made him the global face of the Holocaust. 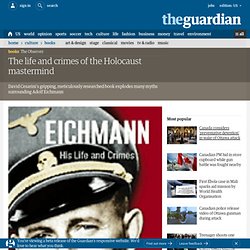 But his exact role in the atrocities remained buried by courtroom rhetoric, sloppy reporting or overly ideological analysis. To some, he was a classic Nazi: a depraved, criminal, socially inadequate über bully. Others saw a bureaucrat made into a mass murderer by totalitarianism, who counted Jews instead of beans. Reza Aslan is Wrong About Islam and This is Why. Thank you for your interest in Patheos newsletters! 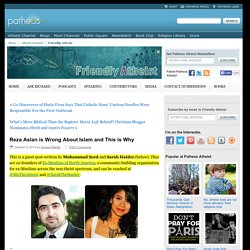 Please enter your email address below and click the "Subscribe" button. Thank you for your subscription. You can visit your Preference Center to complete your profile and see what else we have to offer. We apologize, we were unable to complete your subscription at this time, please try again later. If this error persists please contact us at communications@patheos.com. What is Woman? (de Beauvoir + Metroid) – 8-Bit Philosophy. Meme. Icono de un Meme Un meme (o mem) es, en las teorías sobre la difusión cultural, la unidad teórica de información cultural[1] transmisible de un individuo a otro, o de una mente a otra, o de una generación a la siguiente. 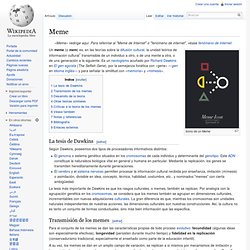 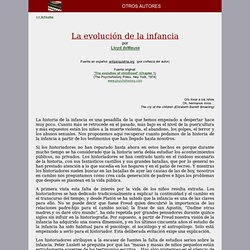 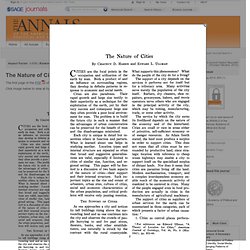 Click image below to view at full size. The economy of cities. Abstract The interest of this book to the agricultural economist is mainly in the first few chapters where the thesis is put forward that cities do not arise as is often assumed, out of the surplus of rural development, but that rather cities as trading centres develop first and are a source of rural innovation which radiates out from them. 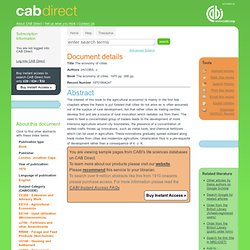 The need to feed a concentrated group of traders leads to the development of more intensive agriculture around city boundaries; the presence of a concentration of skilled crafts throws up innovations, such as metal tools, and chemical fertilizers which can be used in agriculture. These innovations gradually spread outward along trade routes from cities and modernize agriculture.

End-of-history illusion. See also[edit] Pessimistic induction: Scientists believe their understanding of the world to be reasonably correct, even though previous generations of scientists wrongly believed the same thing about their ideas References[edit] External links[edit] Poulsen, Bruce (2013-01-27). Archeologists Link Rise of Civilization and Beer's Invention. (By Charles Q. Choi This story originally appeared on LiveScience) May beer have helped lead to the rise of civilization? It's a possibility, some archaeologists say. Their argument is that Stone Age farmers were domesticating cereals not so much to fill their stomachs but to lighten their heads, by turning the grains into beer. That has been their take for more than 50 years, and now one archaeologist says the evidence is getting stronger. Signs that people went to great lengths to obtain grains despite the hard work needed to make them edible, plus the knowledge that feasts were important community-building gatherings, support the idea that cereal grains were being turned into beer, said archaeologist Brian Hayden at Simon Fraser University in Canada.

The advent of agriculture began in the Neolithic Period of the Stone Age about 11,500 years ago. Hayden told LiveScience he has seen that hard work for himself. More Tech and Science Stories from LiveScience.com. Cognitive dissonance. In psychology, cognitive dissonance is the mental stress or discomfort experienced by an individual who holds two or more contradictory beliefs, ideas, or values at the same time, or is confronted by new information that conflicts with existing beliefs, ideas, or values.[1][2] Leon Festinger's theory of cognitive dissonance focuses on how humans strive for internal consistency.

When inconsistency (dissonance) is experienced, individuals tend to become psychologically uncomfortable and they are motivated to attempt to reduce this dissonance, as well as actively avoiding situations and information which are likely to increase it.[1] Relationship between cognitions[edit] Freud's theory of unconscious conflict linked to anxiety symptoms. A link between unconscious conflicts and conscious anxiety disorder symptoms have been shown, lending empirical support to psychoanalysis.

An experiment that Sigmund Freud could never have imagined 100 years ago may help lend scientific support for one of his key theories, and help connect it with current neuroscience. June 16 at the 101st Annual Meeting of the American Psychoanalytic Association, a University of Michigan professor who has spent decades applying scientific methods to the study of psychoanalysis will present new data supporting a causal link between the psychoanalytic concept known as unconscious conflict, and the conscious symptoms experienced by people with anxiety disorders such as phobias.

Howard Shevrin, Ph.D., emeritus professor of psychology in the U-M Medical School's Department of Psychiatry, will present data from experiments performed in U-M's Ormond and Hazel Hunt Laboratory. Videos. Viewpoint: Five ways the world is doing better than you think. Many people don't know about the enormous progress most countries have made in recent decades - or maybe the media hasn't told them. But with the following five facts everyone can upgrade their world view. 1.

Fast population growth is coming to an end It's a largely untold story - gradually, steadily the demographic forces that drove the global population growth in the 20th Century have shifted. Fifty years ago the world average fertility rate - the number of babies born per woman - was five. Faith And Rituals Blog on Speakingtree. Tim O'Neill's answer to How has the burning of the Library of Alexandria affected the world, and where would we be if it never happened. The Inventory: Slavoj Zizek.