The Entry Level #10. We were sitting near the pool, in a cozy, private cabana on the outdoor terrace of the Trump Plaza Residences in downtown Jersey City, surrounded by all kinds of beauty: To the north, the old Powerhouse Building stood proud, strong, and silent; to the south, Exchange Place's Colgate Clock was just beginning to glow, extending its tireless arms toward Lower Manhattan; to the east, the Empire State Building soared into the humid evening sky, its white-lit spire making thin veils of the summer clouds; and to the west, the redbrick row houses of Harsimus Cove hummed with the sounds of quiet domestic life. 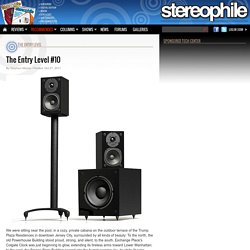 Pioneer SP-BS41-LR loudspeaker. The buzz was all over the audiophile 'net. 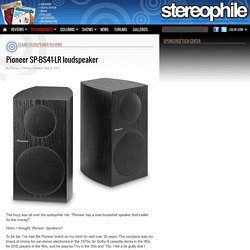 "Pioneer has a new bookshelf speaker that's killer for the money! " Hmm, I thought. Pioneer. Speakers? To be fair, I've had the Pioneer brand on my mind for well over 30 years. IFCJ Mobile. iMessage, FaceTime and App Store: Two-factor authentication security. In early September last year, just before Apple launched its new iPhones and iOS operating system, the company was hit by a huge data breach scandal — naked pictures of many celebrities stolen directly from their iCloud photos appeared online — even though iTunes itself was not cracked by hackers, who employed other means to get access to those accounts. 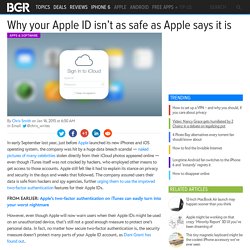 Apple still felt like it had to explain its stance on privacy and security in the days and weeks that followed. Identity Theft & Credit Card Fraud – How to Protect Yourself - Personal Finan... Identity theft occurs when someone obtains your personal information, such as your credit card data or Social Security number, to commit fraud or other crimes. 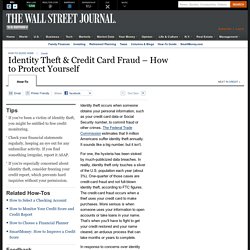 The Federal Trade Commission estimates that 9 million Americans suffer identity theft annually. It sounds like a big number, but it isn’t. For one, the hysteria has been stoked by much-publicized data breaches. In reality, identity theft only touches a sliver of the U.S. population each year (about 3%). One-quarter of those cases are credit-card fraud and not full-blown identity theft, according to FTC figures. The first thing you should do is set up two-step verification. Apple's newest operating system for Macs, called Mountain Lion, allows more non-Apple applications to take advantage of Documents in the Cloud. 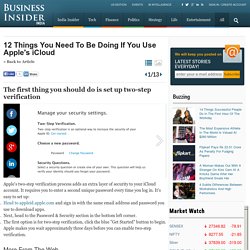 That means you can store stuff like Word documents and Excel spreadsheets in your account. Make sure that Documents & Data is checked in the iCloud sync settings we showed you in Slide 1. The Evolution of Privacy on Facebook. About Facebook is a great service. 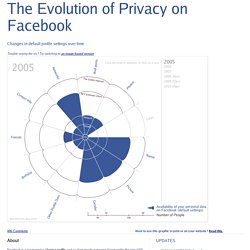 I have a profile, and so does nearly everyone I know under the age of 60. However, Facebook hasn't always managed its users' data well. In the beginning, it restricted the visibility of a user's personal information to just their friends and their "network" (college or school). Over the past couple of years, the default privacy settings for a Facebook user's personal information have become more and more permissive. This blog post by Kurt Opsahl at the the EFF gives a brief timeline of Facebook's Terms of Service changes through April of 2010. Let me be clear about something: I like Facebook. Arlington Capital Management > Home. Home page – Get Financial Security. Learn how to trade in Houston, TX: Stocks, Forex, Options, Futures. PageTrader: Trading the Future. PageTrader: Trading the Future. Build Your Legacy. Top Stock Trading From The Pros Learn how to become a profitable investor! 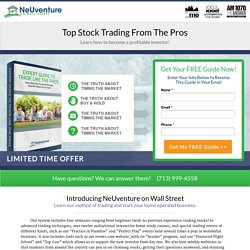 I have never felt more confident about my financial future as I do now that I am part of the NeUventure family!! – Randy & Kristie R. I am excited! Today, 1 week after I took your beginner's seminar, I sold my stock and made $1,123 profit on $10,115 I invested a week ago! – Christina D. You will be e-mailed your free 10 page guide which covers the three biggest lies that you’ve been told about retirement planning and investments. Guides are limited, get yours now! Copyright © 2014 NeUventure | Privacy Policy Fill Out the Form or Call Now (713) 999-4558 Have questions? Introducing NeUventure on Wall Street Learn our method of trading and start your home operated business. 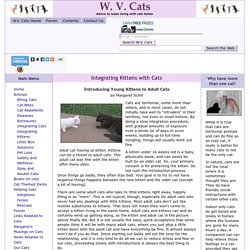 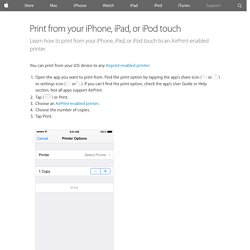 You can print from your iOS device to any Airprint-enabled printer: Open the app you want to print from. Find the print option by tapping the app’s share icon ( or ) or settings icon ( or). If you can’t find the print option, check the app’s User Guide or Help section. Not all apps support AirPrint.Tap ( ) or Print.Choose an AirPrint-enabled printer.

10 Apps To Download On Your New iPad - Page: 5. Bailey Elementary.