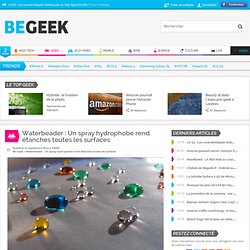 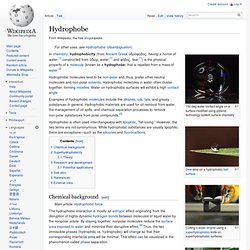 Long Term Implantable Bio-Sensors Developed Using Carbon Nanotubes. Using carbon nanotubes, scientists have developed a biosensor that can be implanted under the skin that will last more than a year. 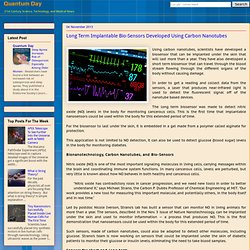 They have also developed a short term biosensor that can travel through the blood stream flowing through the different organs of the body without causing damage. In order to get a reading and collect data from the sensors, a laser that produces near-infrared light is used to detect the fluorescent signal off of the nanotube based devices. The long term biosensor was made to detect nitric oxide (NO) levels in the body for monitoring cancerous cells. This is the first time that implantable nanosensors could be used within the body for this extended period of time. 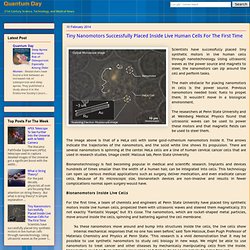 Using ultrasonic waves as the power source and magnets to steer, the nanomotors can zip around the cell and perform tasks. The main obstacle for placing nanomotors in cells is the power source. Understanding Nanomedicine: An Infographic. Nanomedicine is a field of medical science that involves the use of objects and substances at the molecular level. 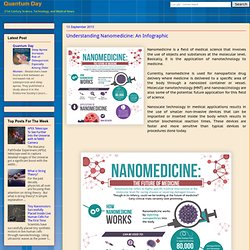 Basically, it is the application of nanotechnology to medicine. Nanotechnology. Nanotechnology News. Easy and effective therapy to restore sight: Engineered virus will improve gene therapy for blinding eye diseases. Researchers at UC Berkeley have developed an easier and more effective method for inserting genes into eye cells that could greatly expand gene therapy to help restore sight to patients with blinding diseases ranging from inherited defects like retinitis pigmentosa to degenerative illnesses of old age, such as macular degeneration. 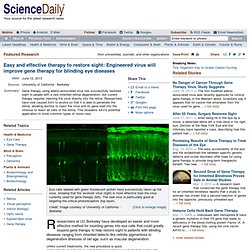 Unlike current treatments, the new procedure is quick and surgically non-invasive, and it delivers normal genes to hard-to-reach cells throughout the entire retina. Over the last six years, several groups have successfully treated people with a rare inherited eye disease by injecting a virus with a normal gene directly into the retina of an eye with a defective gene. Tiny brains created from SKIN could lead to cures for disorders like schizophrenia and autism. Scientists used stem cells to grow 3D tissue that mimics a brainThe cells displayed an organisation similar to that seen in the early stages of the developing human brain's cerebral cortex - also known as grey matterThe miniature brains helped the researchers identify a defect that affects normal brain development in microcephaly leading to a smaller brainThe findings could eventually lead to treatments for other neurological disorders By Emma Innes Published: 18:19 GMT, 28 August 2013 | Updated: 00:00 GMT, 29 August 2013. 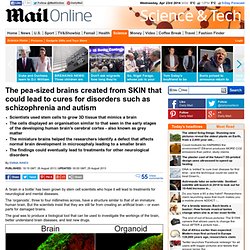 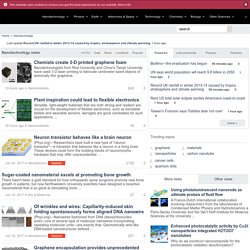 They are slimy, glue-like membranes that are produced by microbes, like bacteria and fungi, in order to colonize surfaces. They can grow on animal and plant tissues, and even inside the human ... UN says world population will reach 9.8 billion in 2050 India's population is expected to surpass China's in about seven years and Nigeria is projected to overtake the United States and become the third most populous country in the world shortly before 2050, a U.N. report said ... Record UK rainfall in winter 2013-14 caused by tropics, stratosphere and climate warming New research has revealed the causes of the UK's record rainfall and subsequent flooding during the 2013-14 winter.

Rare US total solar eclipse excites Americans coast-to-coast. Nanotechnology. How Nanotechnology Works". There's an unprecedented multidisciplinary convergence of scientists dedicated to the study of a world so small, we can't see it -- even with a light microscope. That world is the field of nanotechnology, the realm of atoms and nanostructures.