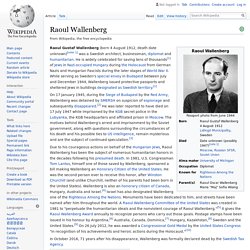 He is widely celebrated for saving tens of thousands[1] of Jews in Nazi-occupied Hungary during the Holocaust from German Nazis and Hungarian Fascists during the later stages of World War II. While serving as Sweden's special envoy in Budapest between July and December 1944, Wallenberg issued protective passports and sheltered Jews in buildings designated as Swedish territory.[1] On 17 January 1945, during the Siege of Budapest by the Red Army, Wallenberg was detained by SMERSH on suspicion of espionage and subsequently disappeared.[2] He was later reported to have died on 17 July 1947 while imprisoned by the KGB secret police in the Lubyanka, the KGB headquarters and affiliated prison in Moscow. In October 2016, 71 years after his disappearance, Wallenberg was formally declared dead by the Swedish Tax Agency. Early life[edit] World War II[edit] Betty Reid Soskin: Remembering a History Often Erased - REI Co-op Journal. When the Mississippi River flooded the south in 1927, one of the 200,000 African-Americans displaced was Betty Charbonnet, age 6. 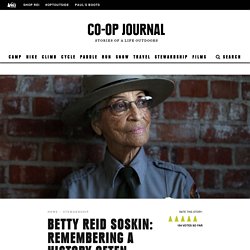 She left the home of her Cajun-Creole ancestors, where her great-grandmother was born a slave, and joined the Great Migration west, to California. “My mother arrived in East Oakland with three little girls, a crucifix, and everything we had left in a couple of cardboard suitcases,” she says. There’s a hush in the small theater as the audience hangs on the words of a small woman in uniform, seated on a stool. Now 95 and known as Betty Reid Soskin, she is the oldest active U.S. Maya Angelou quotes: 'Try to be a rainbow in someone's cloud' Sepp Holzer. Out of Poverty Author Paul Polak.

Mary Sherman Morgan. Mary Sherman Morgan (November 4, 1921 – August 4, 2004) was a U.S. rocket fuel scientist credited with the invention of the liquid fuel Hydyne in 1957, which powered the Jupiter-C rocket that boosted the United States' first satellite, Explorer 1.[1] Early life and education[edit] The second youngest of 6 children, Mary Sherman was born to Michael and Dorothy Sherman on their farm in Ray, North Dakota. 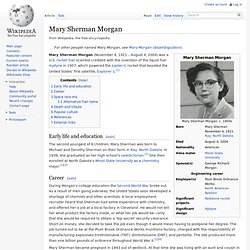 In 1939, she graduated as her high school’s valedictorian.[2] She then enrolled at North Dakota's Minot State University as a chemistry major.[1][3] Career[edit] During Morgan's college education the Second World War broke out. William Borden: No Reserves. No Retreats. No Regrets. Missionary Biographies - Worldwide Missions - Wholesome Words.

Wholesome Words Christian Biography Resources. And these all, having obtained a good report through faith... 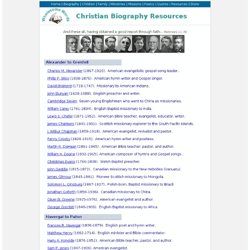 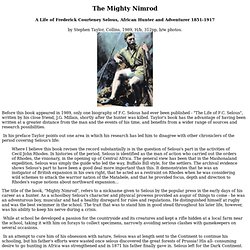 Before this book appeared in 1989, only one biography of F.C. Selous had ever been published - "The Life of F.C. Selous", written by his close friend, J.G. Maud Lewis: A World Without Shadows by Diane Beaudry. The Mysterious Case of the Vanishing Genius. Evolution's It Girl: In 1993, Margie Profet received a MacArthur "Genius" grant tor her work in Evolutionary Biology. She was 34. Margie Profet was always a study in sharp contradictions. A maverick thinker remembered for her innocent demeanor, she was a woman who paired running shorts with heavy sweaters year-round, and had a professional pedigree as eccentric as her clothing choices: Profet had multiple academic degrees but no true perch in academe. In the late 1980s and early 1990s, Profet published original theories about female reproduction that pushed the boundaries of evolutionary biology, forcing an entire field to take note. 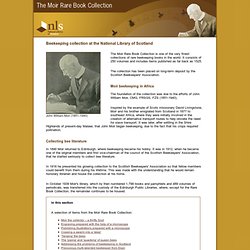 It consists of 250 volumes and includes items published as far back as 1525. The collection has been placed on long-term deposit by the Scottish Beekeepers' Association. Oskar Schindler. Oskar Schindler (28 April 1908 – 9 October 1974) was an ethnic German industrialist, German spy, and member of the Nazi party who is credited with saving the lives of 1,200 Jews during the Holocaust by employing them in his enamelware and ammunitions factories, which were located in what is now Poland and the Czech Republic respectively. 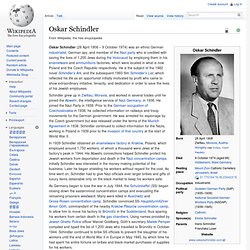 He is the subject of the 1982 novel Schindler's Ark, and the subsequent 1993 film Schindler's List, which reflected his life as an opportunist initially motivated by profit who came to show extraordinary initiative, tenacity, and dedication in order to save the lives of his Jewish employees. Schindler grew up in Zwittau, Moravia, and worked in several trades until he joined the Abwehr, the intelligence service of Nazi Germany, in 1936. He joined the Nazi Party in 1939. Prior to the German occupation of Czechoslovakia in 1938, he collected information on railways and troop movements for the German government. Early life and career World War II. Forgotten Genius Percy Julian. Forgotten Genius PBS Airdate: February 6, 2007 NARRATOR: 1939: A chemist at a midwestern paint company makes a startling discovery, one that could improve the health of millions of people. 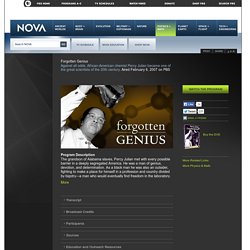 The company wants him to stick to making paint, but this man has always gone his own way.