ROCKHOPPER. The Mysterious Deaths of Nine Gulf Oil Spill Whistleblowers. Continental Resources : Harrold Hamm. OIL OpZ & NewZ. Could the "Great Gas Out" actually work? Maybe, but only in the short term. Since about 1997, a meme has been travelling through the Internet that by somehow not buying gas on a certain day, the oil companies will somehow lower the prices. 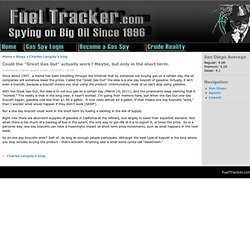 Called the "Great Gas Out" the idea is a one day boycott of gasoline. Actually, it isn't even a boycott, because a boycott means you stop using the product. Unfortunately, most of us can't stop using gasoline. BP Oil Spill Whistleblowers And Experts Continue To Mysteriously Die : BP's Gulf of Mexico Oil Spill at the Oil Drum Overview - Especially for New Readers - Discussion. Drumbeat The place most readers start is Drumbeat. 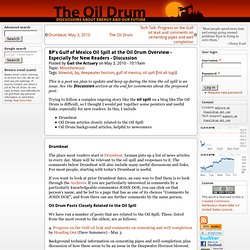 Leanan puts up a list of news articles in every day. Many will be relevant to the oil spill and responses to it. The comments below Drumbeat will also include many useful discussions and links. For most people, starting with today's Drumbeat is useful. If you want to look at prior Drumbeat dates, an easy way to find them is to look through the Archives. Champagne Design : Best Source for High-end PowerPoint Presentations. Fractional Distillation slide : When animation adds to the message Looking back over the many years of creating custom templates and slides I have learned the following : take the time to understand the content. 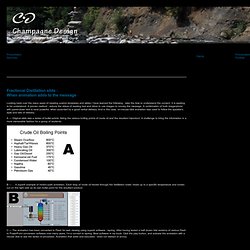 It is seeking to be understood. A proven method : reduce the stress of reading text and strive to use images to convey the message. A combination of both image/photo with pared-down text is most powerful, when accented by a good verbal delivery. And in this case, on-mouse-click animation was used to follow the speaker's style and rate of delivery. Physlet Quantum Physics by Belloni, Christian, and Cox: Section 4.5. J. 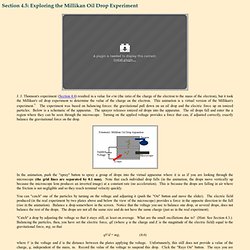 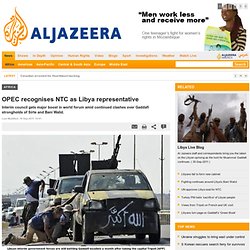 The OPEC's recognition came after the United Nations approved a Libyan request to accredit envoys of the country's interim government as Tripoli's sole representatives at the world body on Friday. "OPEC will recognise the NTC ... and they will sit in the same chair," Abdullah al-Badri, OPEC's secretary-general, told the Gulf Intelligence energy forum in Dubai on Monday. Libyan oil Since failing to convince other OPEC members at their last meeting in Vienna in June to raise output to make up for the loss of Libyan crude since February, Saudi Arabia and its Gulf OPEC allies have raised their oil production over the last few months. Badri said those countries are certain to gradually decrease their output as Libya's production recovers towards pre-war levels. ‘Peak Oil’ Takes A Deadly Blow. I've never believed in "peak oil. 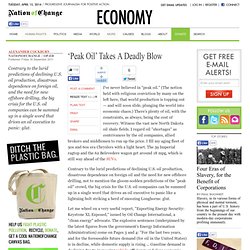 " (The notion held with religious conviction by many on the left here, that world production is topping out — and will soon slide, plunging the world into economic chaos.) There's plenty of oil, with the constraints, as always, being the cost of recovery. Witness the vast new North Dakota oil shale fields.

I regard oil "shortages" as contrivances by the oil companies, allied brokers and middlemen to run up the price. I fill my aging fleet of 50s and 60s era Chryslers with a light heart. UPDATE 1-Bangladesh raises oil prices from midnight. Past Episodes. Ezra Levant. The Bulletin : Australian firm looks to drill near Patagonia : Nogales International : Nogales, AZ. Hunt Oil knew KRG oil deal in disputed territory - Iraq Oil Report. According to a State Dept. cable from Iraq, and despite the U.S. 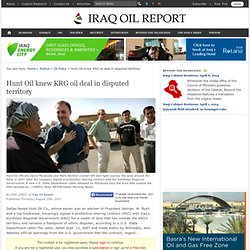 PIPELINE SEC - 03OTTAWA334. This record is a partial extract of the original cable. 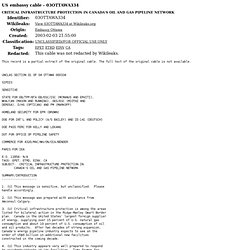 (U) This message is sensitive, but unclassified. Please handle accordingly. 2. (U) This message was prepared with assistance from Amconsul Calgary. 3. Leda Huta: Keystone Pipeline Could Push Endangered Whooping Crane Into Extinction. If you were to choose a route through which to move toxic, highly corrosive, sludgy crude oil, would you place it on the same narrow corridor used by one of the world's most endangered birds? 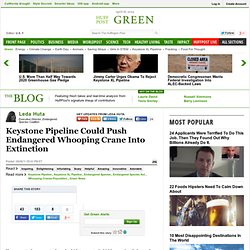 The Canadian energy company TransCanada did and the Obama administration is on the verge of approving that absurd proposal. Migration Pathway -- From the US Fish & Wildlife Service If approved by the administration, the Keystone XL tar-sands pipeline will move a half million+ barrels daily of Canadian crude 1,700 miles from Alberta, Canada to the Texas coast as soon as 2013. TransCanada would like the world to believe that their pipeline is relatively safe, claiming just one predicted spill in the first 7 years. Yet, TransCanada's existing Keystone Pipeline has experienced 12 spills -- in just 12 months of operation. Despite assurances by pipeline operators, spills continue. TransCanada Corporation Home. TransCanada Corporation. TransCanada Corporation is a major North American energy company based in Calgary, Alberta, developing and operating energy infrastructure in North America. 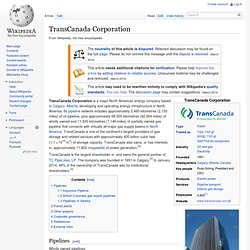 TransCanada also owns, or has interests in, approximately 11,800 megawatts of power generation.[2] TransCanada is the largest shareholder in, and owns the general partner of, TC PipeLines, LP.

Related:  Us doing well for all   -  US of A and What You may Face   -  The International: The Offshore Petroleum Standard :   -  Education   -  Enterprise