Rejecting a man's advances with 'I'm sorry, I have a boyfriend' Last week, an 'entertainer' going by the name of SoFlo shared a video created by two young men named Moe Bradberry & Etayyim Ray. 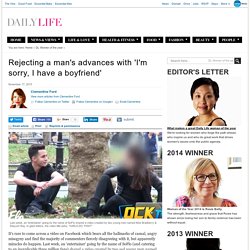 In giant letters, the video title asks, "GIRLS DO THIS? " It's rare to come across a video on Facebook which bears all the hallmarks of casual, angry misogyny and find the majority of commenters fiercely disagreeing with it, but apparently miracles do happen. Last week, an 'entertainer' going by the name of SoFlo (and catering to an inexplicable three million fans) shared a video created by two sad young men named Moe Bradberry & Etayyim Ray. In giant letters, the video title asks, "GIRLS DO THIS? " When Women Hurt Women. “There is a time in our lives, usually in mid-life, when a woman has to make a decision - possibly the most important psychic decision of her future life - and that is, whether to be bitter or not.” ― Clarissa Pinkola Estés, Women Who Run With the Wolves: Myths and Stories of the Wild Woman Archetype Sometimes when we admit things out loud, they lose their power over us. 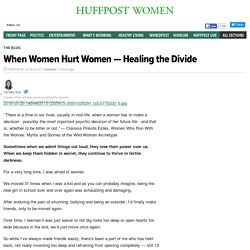 When we keep them hidden in secret, they continue to thrive in fertile darkness. For a very long time, I was afraid of women. We moved 31 times when I was a kid and as you can probably imagine, being the new girl in school over and over again was exhausting and damaging. After enduring the pain of shunning, bullying and being an outsider, I’d finally make friends, only to be moved again. Study Finds That Women Live Longer When Their Homes Are Near Greenery - Link Between Vegetation and Mortality. According to a new study published in Environmental Health Perspectives, American women who live in homes surrounded by more vegetation have significantly lower mortality rates than women who live in areas with less greenery. 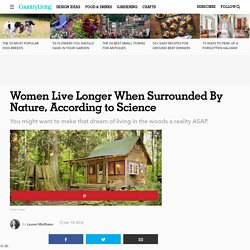 Researchers with the Harvard T.H. Chan School of Public Health and Brigham and Women's Hospital used data from 108,630 women enrolled in the Nurses' Health Study across the United States from 2000 to 2008, comparing the women's risk of mortality with the level of vegetation surrounding their homes (based on satellite imagery from different seasons and various years). Advertisement - Continue Reading Below They found that women who lived in the greenest surroundings had a 12 percent lower overall mortality rate versus those living in the least green areas. Women get healthier after their husbands die, new study shows. We have to teach girls about more than just consent – let’s teach them refusal. There’s a lot that’s depressing in the Women and Equalities Select Committee report on sexualisation in schools. 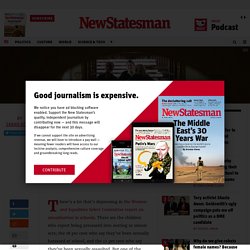 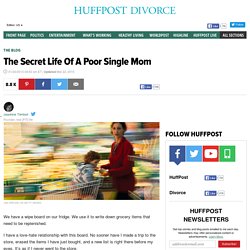 We use it to write down grocery items that need to be replenished. I have a love-hate relationship with this board. No sooner have I made a trip to the store, erased the items I have just bought, and a new list is right there before my eyes. It’s as if I never went to the store. Feeding four kids is expensive. Going to the grocery store is a very stressful experience for me. Being A Girl: A Brief Personal History of Violence. I am six. 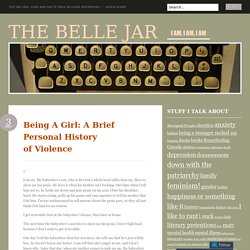 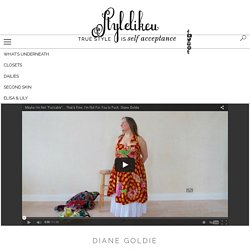 I am not invisible. " The dangerous ways ads see women. Writing a new feminist text for our times. What is the best way to communicate feminist ideas and arguments? 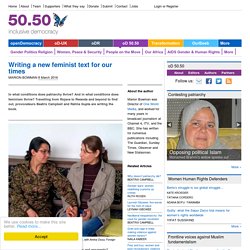 Books, those wordy, weighty, time travelling testimonials to human ingenuity and thought, have played an honourable and crucial part in the history and development of feminism. Books as varied as Mary Wollstonecraft’s A Vindication of the Rights of Woman (1792), Simone de Beauvoir’s The Second Sex (1949) or Shulamith Firestone’s The Dialectic of Sex: the Case for Feminist Revolution (1970) have nourished and inspired women’s movements across the centuries, shocking orthodox society with fresh ideas and injecting energy into campaigns and projects in the face of ridicule, repression and backlash. Political ideas like feminism have also been animated by pointed, single sentence questions at the other end of the textual and philosophical spectrum. Think of the call and response soundtrack to every demonstration. On Beauty: Skin — Kill Your Darlings Journal. Throughout 2016, Sam George-Allen will be writing a bimonthly essay series, ‘On Beauty’, for KYD online. 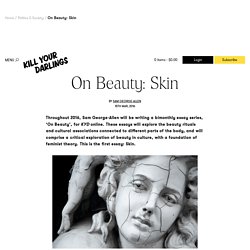 These essays will explore the beauty rituals and cultural associations connected to different parts of the body, and will comprise a critical exploration of beauty in culture, with a foundation of feminist theory. This is the first essay: Skin. ‘Everyone’s complicit’: Why sexual abuse survivors need your support.

Di Elderton wants society to change the way it responds to sexual abuse. 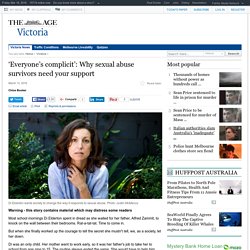 Photo: Justin McManus Warning - this story contains material which may distress some readers. In my father’s house - Griffith Review. THERE WAS NO sign on the door of my parents' bedroom that said 'keep out', but I knew it was not a place to visit, at least not for long. There was a smell to the room, of stale perfume, my father's cigarettes and of bodies. Even so, I was drawn to this room, as if to danger, a wish to pit my puny strength against my father's, whose every command was law. My mother made up my parent's bed each day by dragging a thick maroon cover over the top to hide the rumpled sheets and blankets. She had dyed the bedspread the colour of dried blood, to hide the stains on what was once a white bedspread, which she had brought with her from Holland.

Survivors of Wartime Rape Are Refusing to Be Silenced. By Aryn Baker | Photographs by Lynsey Addario for TIME First they shot her husband. Then the soldiers killed her two sons, ages 5 and 7. When the uniformed men yanked her daughter from her hands next, Mary didn’t think it could get any worse. Mary and her family were members of the Nuer tribe in South Sudan, caught up in a vicious power struggle between the new country’s President Salva Kiir, a member of the Dinka tribe, and his Vice President, Riek Machar, a Nuer. Their war, fought largely along ethnic lines, has turned the northern part of the country into a wasteland. The 27-year-old recounts what occurred next distantly, as if she were explaining something that happened to someone else. Instead, Mary made it to a U.N. camp for civilians displaced by war.

20 Brutally Honest Things Women Turning 40 Want All Women In Their 30s To Know. I will be 40 in less than a year. I would be lying if I said that turning the big 40 didn’t bother me. It seems that 40 is a number where I believe I should have finally ‘arrived’ in life, or my life should be the perfect picture of a successful wife, mother, business woman or whatever other demanding expectation I put upon myself when I was younger.

This Video Will Make Women Everywhere Re-Think Their Lives. As women everywhere are pushing themselves to the brink, working long hours and feeling constant pressure via social media, Sanctuary Spa have released a video of Elderly ladies revealing what they'd do differently if they were young again. These days, it is very common for women to feel they are teetering on the brink when it comes to their physical and mental health. In fact, according to research by Sanctuary Spa, 12 million women feel they are about to burn out, four or five women say they put too much pressure on themselves to be perfect and 80 percent don't feel good enough.

So, they released a video with advice from older women who really do know the importance of appreciating life's precious moments. The video is making modern women everywhere re think their hectic lifestyle. Watch below.. Marion Woodman and the Search for the Conscious Feminine, by Patty de Llosa. Marion Woodman “The true feminine is the receptacle of love. The true masculine is the spirit that goes into the eternal unknown in search of meaning.

The great container, the Self, is paradoxically both male and female and contains both. If these are projected onto the outside world, transcendence ceases to exist. The World Needs Angry Women — Alana Louise May. Mary Beard: vocal women treated as 'freakish androgynes' Women who claim a public voice "get treated as freakish androgynes" with women under-represented in national politics and relatively "mute" in the public sphere, the classicist and author Mary Beard has said. Highlighting the lack of the voice of expertise from women outside "the traditional spheres of women's sexual interests", the Cambridge academic said: "To put it another way, for a female MP to be minister of women or of education or health is a very different thing from being chancellor of the exchequer.

Patriarchy + feeling the burn - The sassy she. What centuries of witchburning has done to womanhood — radicalwords. Stop Telling Women to "Just Leave". Have you ever told a woman to "just leave" an abusive man? Labor and Looking “Professional” Annie Lennox: ‘Twerking Is Not Feminism’ "Is It Her Hormones?" A Case of Psychiatry Missing the Mark.

The damage pornography did to a six-year-old child. Any woman who's been abused or assaulted knows how easy it is to go back. Predictably, the Jian Ghomeshi sexual assault trial has focused far more on what the victims did “wrong” than on the perpetrator’s behaviour. Entertainment for Men - TRIVIA: Voices of Feminism. Kayla Q - "Questions I've Been Asked as a Midwife" Maybe you should just be single. VersoBooks.com. Science proves mothers and daughters have a stronger bond than any other relationship. The Girl Who Cried Pain: A Bias Against Women in the Treatment of Pain by Diane E. Hoffmann, Anita J. Tarzian. Audrey Wollen On The Power of Sadness. Blood in the Streets — Life Tips. Sorry, not sorry. A Wild Woman Is Not A Girlfriend. She Is A Relationship With Nature. Older Ladies By Donnalou Stevens - Video Blog. Be Patient With A Strong Woman, It's Worth The Effort.

Rosie Batty’s “Never Alone” stories by ABC Open. A Woman Who Makes This Statement Today Needs Revolutionary Courage. The More I Learn About Breast Milk, the More Amazed I Am. 12 Historical Women Who Gave No F*cks. Anna Blackmore - And I'm Okay [Spoken Word Poetry] What We Need to Teach Young Women About Their Bodies  There Won't Be Blood: Suzanne Moore on the menopause. Nobody warned her about her post-baby body, so she spilled the secrets in a hilarious new ad. American Eagle underwear had an increase in sales. These 10 unretouched pics are maybe a clue why. ‘Autism is seen as a male thing – but girls just implode emotionally’ How Christian Purity Culture Enabled My Stepfather to Sexually Abuse Me. Leisure time, Motherhood and the Mother Wound. Nikki Glaser Quickly Explains Why Men Telling Women To Smile Is Creepy. 18 Empowering Illustrations to Remind Everyone Who's Really in Charge of Women's Bodies. Activists Illustrated - Women at the Heart of Global Struggles.

How Society Polices Women's Clothing (No Matter What We Wear) China's secret 'women only' language. Will these new underpants mean the end of tampons forever? Domestic violence hotline faces spike in demand. A Toast to All the Brave Kids Who Broke Up with Their Toxic Moms. Mother's Day Turns 100: Its Surprisingly Dark History. The Mother's Day Taboo: When Mama Ain't so Great. Collection Spans Five Centuries of Women’s History. Stop Telling Women To Smile. What 6 Ridiculous Old-Timey Diseases All Have In Common. Robyn Stein DeLuca: The good news about PMS. 10 Words Every Girl Should Learn. Men Just Don't Trust Women. The Best Feminist Books for Younger Readers. "The Phone Rang. It Was My College rapist." Her Next Chapter - Mother-Daughter Book Clubs. Why I've decided I'm not having kids. Aging while female is not your worst nightmare » Feminist Current.