How self driving cars might change our cities, and when. When I was a kid, I loved Arthur Radebaugh's wonderful series Closer than we think, with its predictions of what he thought was the relatively near future. 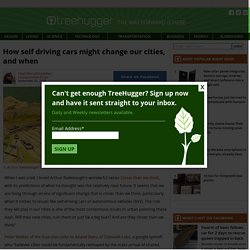 It seems that we are living through an era of significant change that is closer than we think, particularly when it comes to issues like self-driving cars or autonomous vehicles (AVs). The role they will play in our cities is one of the most contentious issues in urban planning these days. Will they save cities, ruin them or just be a big bust? And are they closer than we think? Peter Walker of the Guardian talks to Anand Babu of Sidewalk Labs, a google spinoff, who “believes cities could be fundamentally reshaped by the mass arrival of shared, driverless cars, something he forecasts to happen sooner than many people think.” Things native English speakers know, but don't know we know. The dozen daily delights.

It's around 6 million degrees Celsius inside the Rosette Nebula—a thousand times hotter than the surface of the Sun. Pictures. Catherynne M. Valente – The Boy Who Lost Fairyland – SFF Book Reviews. I drew it out as long as humanly possible, I really did. 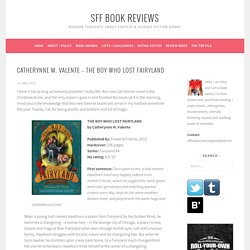 Any new Cat Valente novel is like Christmas to me, and the only reason I gave in and finished this book (at 4 in the morning, mind you) is the knowledge that two new Valente books will arrive in my mailbox sometime this year. Thanks, Cat, for being prolific and brilliant and full of magic. THE BOY WHO LOST FAIRYLANDby Catherynne M. Valente Published by: Feiwel & Friends, 2015Hardcover: 256 pagesSeries: Fairyland #4My rating: 8,5/10 First sentence: Once upon a time, a troll named Hawthorn lived very happily indeed in his mother’s house, where he juggled the same green and violet gemstones and matching queens’ crowns every day, slept on the same weather-beaten stone, and played with the same huge and cantankerous toad. Everything You Need to Know About “Click and Drag” If you’re a regular reader of the brilliant xkcd, then you probably got lost in today’s comic, “Click and Drag.” 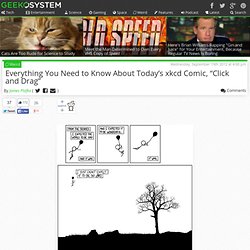 It features three short panels sitting above a seemingly larger, finite panel. However, when you perform the comic’s titular action, click and drag, the larger, bottom panels seems to sprawl on forever in various directions, revealing amusing quips, sad stories, and what is essentially an entire world. There are many impressive facets about “Click and Drag,” such as the panel measuring in at 1.3 terapixels, as well as small community of coders creating applets to help readers better navigate the behemoth. Head on past the break for some stellar info, and maybe set aside some time later today to explore the enormous comic.

Comic Size We have some pretty interesting numbers regarding the xkcd comic. Different Ways to View the Image.

This free online encyclopedia has achieved what Wikipedia can only dream of. The Stanford Encyclopedia of Philosophy may be the most interesting website on the internet. 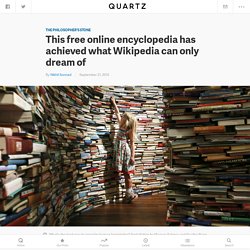 Not because of the content—which includes fascinating entries on everything from ambiguity to zombies—but because of the site itself. Its creators have solved one of the internet’s fundamental problems: How to provide authoritative, rigorously accurate knowledge, at no cost to readers. It’s something the encyclopedia, or SEP, has managed to do for two decades.

The internet is an information landfill. Somewhere in it—buried under piles of opinion, speculation, and misinformation—is virtually all of human knowledge. The story of how the SEP is run, and how it came to be, shows that it is possible to create a less trashy internet—or at least a less trashy corner of it. 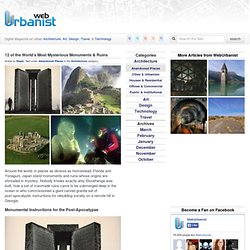 Around the world, in places as diverse as Homestead, Florida and Yonaguni, Japan stand monuments and ruins whose origins are shrouded in mystery. Nobody knows exactly why Stonehenge was built, how a set of manmade ruins came to be submerged deep in the ocean or who commissioned a giant carved granite set of post-apocalyptic instructions for rebuilding society on a remote hill in Georgia. Monumental Instructions for the Post-Apocalypse (images via: Wired) On a barren knoll in northeastern Georgia stands one of the world’s most bizarre and mysterious monuments. Lake Michigan Stonehenge (image via: io9) A group of researchers using sonar to look for shipwrecks at the bottom of Lake Michigan got quite a surprise when they found what appears to be an ancient Stonehenge-like structure 40 feet beneath the surface of the water.