The 15 best summer holiday islands in Europe - Travel. Top 10: best spa hotels in the south of England. Save up to 70% on luxury travel. All-inclusive Fuerteventura holiday with sea views. ≋ 84 best Luxury Spa Hotels across Europe ≋ 20% Off !!! Yoga Retreat, 5 Nights for GBP 410 India-Goa. Are you looking to escape from the crazy pace of modern day life to rediscover and reconnect with yourself? 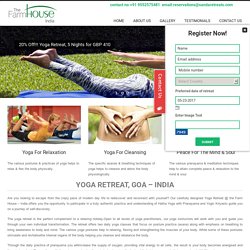 Our carefully designed Yoga Retreat @ the Farm House – India offers you the opportunity to participate in a truly authentic practice and understanding of Hatha Yoga with Pranayama and Yogic Kriyasto guide you on a journey of self-discovery. The yoga retreat is the perfect complement to a relaxing holiday.Open to all levels of yoga practitioners, our yoga instructors will work with you and guide you through your own individual transformation.

The retreat offers two daily yoga classes that focus on posture practice (asana) along with emphasis on breathing to bring awareness to body and mind. Yoga Retreat Phuket & Yoga Holidays in CC's Hideaway. Our yoga retreat is designed for those who need a change of environment and an escape from the stress of everyday life. 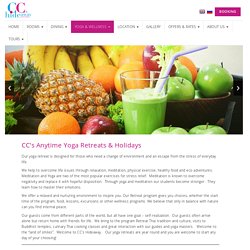 We help to overcome life issues through relaxation, meditation, physical exercise, healthy food and eco adventures. Meditation and Yoga are two of the most popular exercises for stress relief. Jive lessons cork. Line Dance Ireland. Top 10: the best budget hotels in Rome - Telegraph Travel. Harmony of the Seas: Living large on the world's biggest cruise ship. You get used to the screaming after a while. 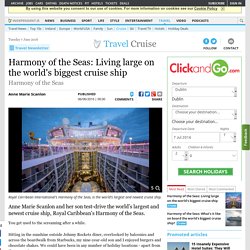 Sitting in the sunshine outside Johnny Rockets diner, overlooked by balconies and across the boardwalk from Starbucks, my nine-year-old son and I enjoyed burgers and chocolate shakes. We could have been in any number of holiday locations - apart from the screaming. But, while we were on a boardwalk, we weren't on dry land. Instead we were on the largest cruise liner in the world - Harmony of the Seas. My son and I were lucky enough to get a pre-inaugural stay on the ship and our lunch venue was right beside the exit for the Ultimate Abyss, a ten-storey slide, or rather two ten-storey slides. The 50 greatest train journeys on Earth. The great British bucket list: 10 UK experiences for 2017. 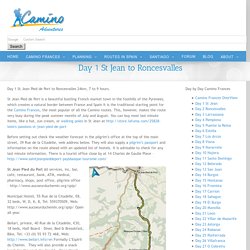 St Jean Pied de Port is a beautiful bustling French market town in the foothills of the Pyrenees, which creates a natural border between France and Spain It is the traditional starting point for the Camino Frances, the most popular of all the Camino routes. This, however, makes the route very busy during the peak summer months of July and August. You can buy most last minute items, like a hat, sun cream, or walking poles in St Jean at Before setting out check the weather forecast in the pilgrim’s office at the top of the main street, 39 Rue de la Citadelle, web address below. They will also supply a pilgrim’s passport and information on the route ahead with an updated list of hostels. Italy summer holidays guide. MacNean House & Restaurant by Neven Maguire, Cavan. Customer Reviews - Canal Boat Restaurant. Canal du Midi Boat Rental & Barge Holidays.

A Weekend with RentOurBoat.ie - River Shannon Boat Hire. Cruising The Shannon – Erne Waterways with Rent Our Boat .ie Followers on Facebook, Twitter, Google Plus and Instagram may remember these fabulous photo’s above from a few weeks ago. 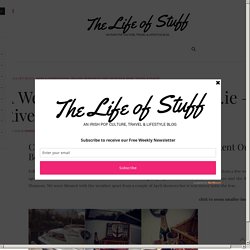 I shared them as Patrick and I cruised on our boat ‘Tranquility‘ up and down the Erne Waterways and the River Shannon. We were blessed with the weather apart from a couple of April showers but it was sunny none the less. click to zoom smaller images. Beyond the water's edge in Ireland's Ancient East. Back on dry land, Dun na Sí Amenity and Heritage Park is just 15 minutes from Athlone. 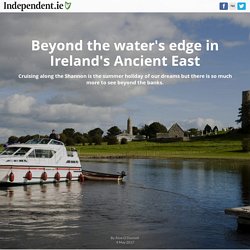 For all those budding historians and little geographers, this park brings the stuff in textbooks to life. One section of the park is a dedicated parklands and wetlands reserve which is home to plenty of indigenous plants and animals. The highlight has to be the chance to see a real turlough, that’s a disappearing lake for those of us a few too many years out of school.

Top 10: the best budget hotels in Dublin - Telegraph Travel. The best spa hotels in Dublin. WATCH: 'We are bogland and big data' - This Mayo Day video will send shivers down your spine. The stunningly polished, and emotive, short film was commissioned by diaspora site Mayo.ie ahead of the Mayo Day bank holiday festivities this weekend. 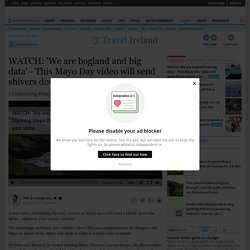 #MayoDay began life two years ago as a novel initiative to celebrate one of Ireland’s most rugged and best-loved western counties. Enda Kenny may be the local celeb, but the guest of honour is French ambassador Jean-Pierre Thébault, as Mayo celebrates its centuries-old connections to France. Sláinte! Six simple travel hacks that could save you hundreds on flights. 1. 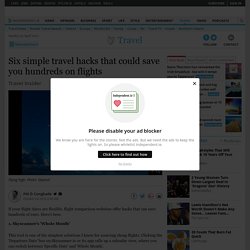 Skyscanner's 'Whole Month' This tool is one of the simplest solutions I know for sourcing cheap flights. Clicking the 'Departure Date' box on Skyscanner.ie or its app calls up a calendar view, where you can switch between 'Specific Date' and 'Whole Month'. Checking Budapest flights for December, I found prices ranging from €55 to €265 for the outbound leg alone.

That's some difference. Top 10 Irish Drives: The best scenic road trips in Ireland. From murmuring motorways to bumpy boreens; from unplanned stops to salt spray on the windscreen, there's just something about a road trip. 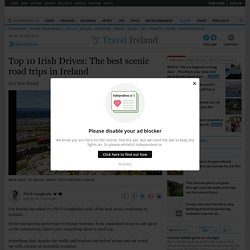 Something that, despite the traffic and tractors and petrol prices and car rental up-sells, retains an incurable romance. I've driven all over the world, from the Bavarian Alps to the USA's Deep South, but I look forward most to road trips Ireland - and here are 10 of the best Irish drives. Line Dance Ireland.

The secret to saving money on short-haul flights. How quickly things change. 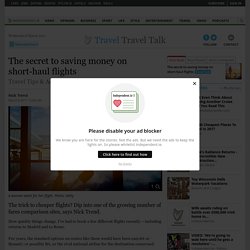 I’ve had to book a few different flights recently – including returns to Madrid and to Rome. For years, the standard options on routes like these would have been easyJet or Ryanair; or possibly BA, or the rival national airline for the destination concerned. This time I’ve ended up travelling on Vueling – a Spanish low-cost airline – for the Rome visit, and Norwegian to and from Madrid. These were options which didn’t exist a year or two ago on these routes. The Irish Bucket List: 30 things to do in Ireland before you die. While you're at it: Climb Croagh Patrick - allow about two hours to get to the sacred mountain's 764m summit… and views of Clew Bay's islands - YG Details: murrisk.ie; croagh-patrick.com 13.

Go to Glasnevin Cemetery There's something so quintessentially Irish about Glasnevin Cemetery. Weave between the headstones and your guide will know the intertwining secrets of practically each soul who rests there; the friends who became enemies, the lovers and the arch adversaries now buried a hop from one other. Ireland's 100 best restaurants revealed. "When we wrote and published the first edition of the 100 Best Restaurants in Ireland, back in 1992, it was difficult to find 100 exceptional Irish restaurants," the couple have said. "It was a struggle to write the book. " Fast forward 25 years, and the list (see below) is harder than ever to compile - " we struggle to cope with the tsunami of brilliant new openings. " Pampering time? This is the best spa in Ireland - according to you! WINNER: Monart, Co Wexford “Two words. Monart, spa. Go before you die.” That was just one response to a category this slick, beautifully produced five-star destination spa simply walked away with.

Ireland's Hidden Gem: The No.1 place you think should be better known. Where in Ireland deserves to be better known? We asked for your off-the-beaten track suggestions, and the responses left us reeling. From Dublin’s Chester Beatty Library (“discover a Lost World”) to beaches like Dog’s Bay in Connemara, from offbeat attractions like Ye Olde Hurdy Gurdy Radio Museum in Howth to cliff walks in Ballycotton and Greystones, the diversity of hidden gems out there is flabbergasting. Read the full results of our 2017 Reader Travel Awards. Eventbrite. Would you like to meet friendly people in a low-pressure, fun setting?

Are you local to Dublin? Join us at Speed Friending where you can easily and efficiently meet people who are also looking for friends. Eventbrite.