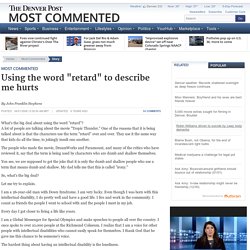 Nonfiction Literacy and Current Events. Chinese-Americans educate U.S. about old law that excluded their ancestors. Most Americans know that slavery was once allowed in the United States. 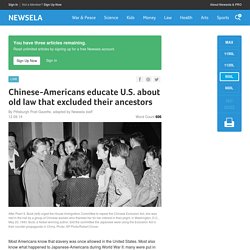 Most also know what happened to Japanese-Americans during World War II: many were put in special prison camps even though they were loyal Americans, just because their families came from Japan. Many Americans don't know that for more than 60 years, the United States officially excluded an entire ethnic group: Chinese immigrants. The Chinese Exclusion Act, first passed by Congress in 1882, was not undone until 1943. Some People Came Anyway The law kept many Chinese people out of the United States — but not all.

They say we are extinct": Chinook tribes fight for recognition. SEATTLE — The Chinook Native American tribes greeted Lewis and Clark when the explorers arrived at the Lower Columbia River in 1805. 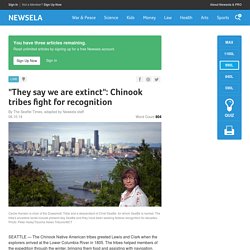 The tribes helped members of the expedition through the winter, bringing them food and assisting with navigation. More than 200 years after that first contact, the five tribes that now make up the Chinook Indian Nation have a constitution, a tribal council and annual meetings. They are not, however, recognized by the U.S. government. Navajo code talkers need new homes. FARMINGTON, N.M. — During World War II, Tom Jones Jr. served as one of the legendary Navajo code talkers. 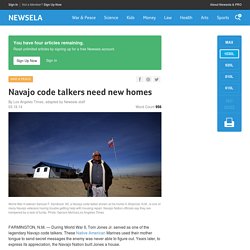 These Native American Marines used their mother tongue to send secret messages the enemy was never able to figure out. Years later, to express its appreciation, the Navajo Nation built Jones a house. These days that house is in bad shape. Last of the original Navajo code talkers dies at 93. If Chester Nez dared to use his Navajo language in school, punishment was swift. 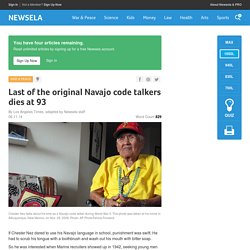 He had to scrub his tongue with a toothbrush and wash out his mouth with bitter soap. So he was interested when Marine recruiters showed up in 1942, seeking young men like him who knew both English and Navajo. Police group delivers after seeing more "starving" kids. Protest songs make a comeback. BERKELEY, Calif. — Demonstrators around the country are raising their voices to condemn the deaths of unarmed black men at the hands of police. 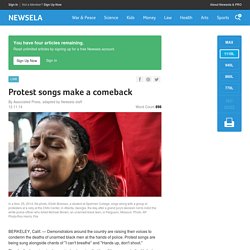 Protest songs are being sung alongside chants of "I can't breathe" and "Hands up, don't shoot. " The deaths have inspired a musical outpouring that hasn't been seen in the United States since singer and activist Pete Seeger helped make "We Shall Overcome" a standard of the 1960s civil rights movement. Older songs are being put into service for a new generation. New songs are being widely shared, including some from major-label artists. Tougher measures keep children from U.S. border crossings. There were fewer children stopped crossing the border on their own in October than there were last year at the same time, according to the U.S. 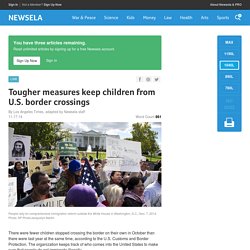 Customs and Border Protection. The organization keeps track of who comes into the United States to make sure that people do not immigrate illegally. Yet the announcement came as another government battle over immigration seems to be unavoidable. President Barack Obama has said he will issue an executive order changing some immigration rules. Bracing for a new civil rights movement. NEW YORK — The protest chants are angry, but simple: “I can’t breathe!” 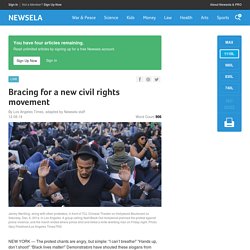 “Hands up, don’t shoot!” “Black lives matter!” Demonstrators have shouted these slogans from coast to coast after two grand jury decisions that cleared white policemen in the deaths of unarmed black men. Now, activists are counting on the rage and pain behind those words to create a new civil rights movement. They want the United States to face the issues of race and police, and push the government to automatically investigate when police abuse their powers. Children joining the front lines in Syria. ALEPPO, Syria — The prayer room in the 12th-century mosque was a mess — cups of tea and coffee covered most surfaces, and cigarette butts were everywhere. 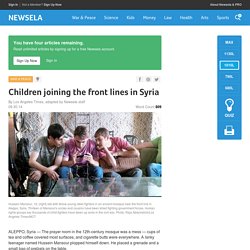 Tanks rolled in Beijing 25 years ago, but aren't talked about in China. PHILADELPHIA — In China, historian Maura Cunningham says, there's only one safe way to hold an online discussion of the deadly 1989 protest in Tiananmen Square: You have to speak in code. 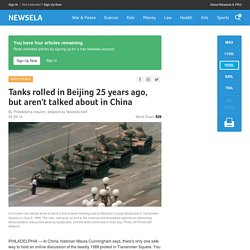 Don’t mention “June 4th,” the date that tanks rolled against unarmed protesters. Instead, try “May 35th” — a count of that month’s 31 days plus four in June. Report says children are getting sick working on American tobacco farms. RICHMOND, Va. — To buy cigarettes, you have to be at least 18 years old. But when it comes to farming tobacco for cigarettes, age doesn't seem to matter. According to a new report, children as young as 7 are working long hours in tobacco fields.

They are working in extremely hot weather. The tobacco leaves they harvest have dangerous chemicals on them: nicotine and pesticides. The new report is from Human Rights Watch. Integration of Central High School - Black History. In the following weeks, federal judge Richard Davies began legal proceedings against Governor Faubus, and President Dwight D. Eisenhower attempted to persuade Faubus to remove the National Guard and let the Little Rock Nine enter the school.

Judge Davies ordered the Guard removed on September 20, and the Little Rock Police Department took over to maintain order. The police escorted the nine African-American students into the school on September 23, through an angry mob of some 1,000 white protesters gathered outside. Amidst ensuing rioting, the police removed the nine students. Www.nps.gov/chsc/forteachers/upload/The Little Rock Nine lesson plan.pdf.