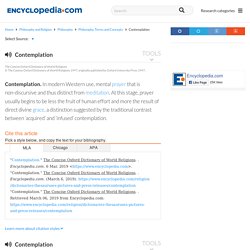 Etymologically the word "contemplation" derives from templum, which signified the space marked out by a seer with his divining rod as a location for his observation, but which later came to mean the actual observation made by a seer. The Greek origin of the word is θεωρε[symbol omitted]ν meaning to regard or look at a spectacle or religious ceremony, though some trace it back to θεóς (God) and others to θέα (vision).

The Awakening of Aquinas – The Living Church. January 28Feast of St. 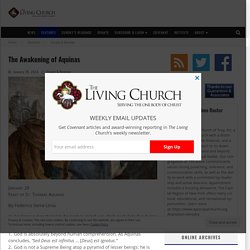 Thomas Aquinas By Federico Serra-Lima As background material to be kept in mind, we shall postulate five basic assumptions: God is absolutely beyond human comprehension. As Aquinas concludes, “Sed Deus est infinitus … [Deus] est ignotus.”God is not a Supreme Being atop a pyramid of lesser beings: he is Absolute Reality in itself, not just part of It. INFUSED GRACE, CONETMPLATION AND MARY. Some writers tell us that the attainment of mystical contemplation requires conditions that are impossible of realization for the majority of souls, no matter how generous they may be. 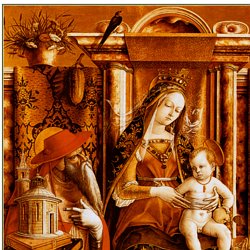 According to this opinion, a special environment is necessary, such as a Carthusian or a Carmelite monastery, where silence, solitude, and long hours of prayer are the common rule. Without this atmosphere, a special temperament inclined to recollection and prolonged prayer is needed. Saint Thomas Aquinas and the gift of infused contemplation. “Grant me penetration to understand, capacity to retain, method and facility in study, subtlety in interpretation and abundant grace of expression” (Prayer of Saint Thomas Aquinas) St. 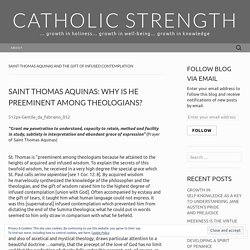 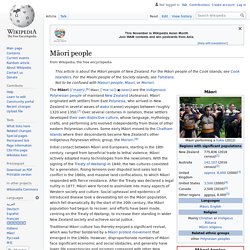 Māori originated with settlers from eastern Polynesia, who arrived in New Zealand in several waves of canoe voyages some time between 1250 and 1300.[7][8] Over several centuries in isolation, the Polynesian settlers developed a unique culture, with their own language, a rich mythology, and distinctive crafts and performing arts. Early Māori formed tribal groups based on eastern Polynesian social customs and organisation. Horticulture flourished using plants they introduced; later, a prominent warrior culture emerged.[4] The journey of Jagannath from India to Egypt: The Untold Saga of the Kussites. Amun. After the rebellion of Thebes against the Hyksos and with the rule of Ahmose I (16th century BC), Amun acquired national importance, expressed in his fusion with the Sun god, Ra, as Amun-Ra or Amun-Re. 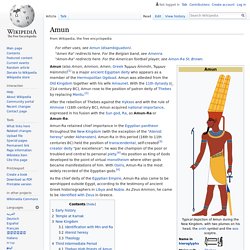 As the chief deity of the Egyptian Empire, Amun-Ra also came to be worshipped outside Egypt, according to the testimony of ancient Greek historiographers in Libya and Nubia. As Zeus Ammon, he came to be identified with Zeus in Greece. Early history[edit] Amun and Amaunet are mentioned in the Old Egyptian Pyramid Texts.[5] The name Amun (written jmn) meant something like "the hidden one" or "invisible".[6] Gods and Godesses. Vedic Age- Vedic Period, Vedic Civilization, Vedic Period Civilisation, Vedic. Vedic period. Ancient South Asian historical period The Vedas were composed and orally transmitted with precision by speakers of an Old Indo-Aryan language who had migrated into the northwestern regions of the Indian subcontinent early in this period. 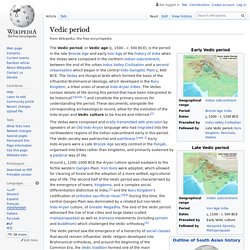 The Vedic society was patriarchal and patrilineal. [note 2] Early Indo-Aryans were a Late Bronze Age society centred in the Punjab, organised into tribes rather than kingdoms, and primarily sustained by a pastoral way of life. Around c. 1200–1000 BCE the Aryan culture spread eastward to the fertile western Ganges Plain. Cosmic consciousness. Aquinas infused contemplation. Thomas Hill Green. Life[edit] 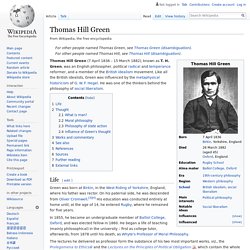 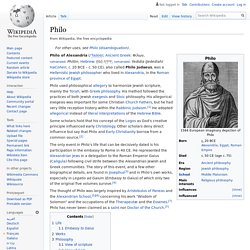 William Penn. William Penn (October 14, 1644 – July 30, 1718) was the son of Sir William Penn, and was an English nobleman, writer, early Quaker, and founder of the English North American colony the Province of Pennsylvania. 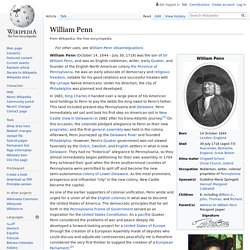 He was an early advocate of democracy and religious freedom, notable for his good relations and successful treaties with the Lenape Native Americans. Under his direction, the city of Philadelphia was planned and developed. In 1681, King Charles II handed over a large piece of his American land holdings to Penn to pay the debts the king owed to Penn's father. This land included present-day Pennsylvania and Delaware. Penn immediately set sail and took his first step on American soil in New Castle (now in Delaware) in 1682 after his trans-Atlantic journey.[1] On this occasion, the colonists pledged allegiance to Penn as their new proprietor, and the first general assembly was held in the colony. Truth About Hinduism.

Buddha's Logic. Theodor Ippolitovich Stcherbatsky (1866-1942) was a Russian scholar of Oriental Studies, and specifically a world renown (during his lifetime) specialist of Buddhist studies. To him is attributed: He journeyed, and his scholarly work and its publications saw Stcherbatsky regarded by many scholars in the west and in the east, as the leading figure in world Buddhology. He made a detailed study of the emergence of Buddhist thought in India, and specifically a detailed analysis of Vasubandu's Abhidharmokosha. He wrote: Robert berkeley philosophy. Platonism and Theism. This article explores the compatibility of, and relationship between, the Platonic and Theistic metaphysical visions. According to Platonism, there is a realm of necessarily existing abstract objects comprising a framework of reality beyond the material world. Platonism argues these abstract objects do not originate with creative divine activity. Platonism, Mathematical. Mathematical platonism is any metaphysical account of mathematics that implies mathematical entities exist, that they are abstract, and that they are independent of all our rational activities.

Platonism in Metaphysics. 1. What is Platonism? Definition of Platonism by Merriam-Webster. Platonist. Platonism. Theologia Germanica. Theologia Germanica, also known as Theologia Deutsch or Teutsch, or as Der Franckforter, is a mystical treatise believed to have been written in the later 14th century by an anonymous author. Meister Eckhart.

Siddhartha. Tat Tvam Asi. Major Vedantic schools offer different interpretations of the phrase: Plotinus. Biography[edit] Plotinus had an inherent distrust of materiality (an attitude common to Platonism), holding to the view that phenomena were a poor image or mimicry (mimesis) of something "higher and intelligible" [VI.I] which was the "truer part of genuine Being". William law. Adi Shankara. Tathāgatagarbha Sūtra. Tathagatagarbha doctrine. Buddha-nature. Tathagatagarbha. Tathāgatagarbha Sutras. Tathagatagarbha: the womb of Buddhahood. Tathāgatagarbha - Buddhism. An Interpretation about Tathāgatagarbha Doctrine. Atman. Vedanta Society of Southern California. Advaita Vision. Atman. Hindu philosophy. The Concept of Atman or Eternal Soul in Hinduism.