The cognitive neuroscience of lucid dreaming. Brain Change in Addiction as Learning, Not Disease. Addiction and the Brain: Development, Not Disease. I review the brain disease model of addiction promoted by medical, scientific, and clinical authorities in the US and elsewhere. 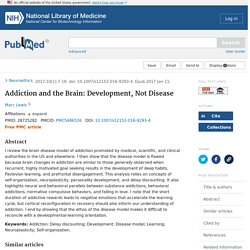 I then show that the disease model is flawed because brain changes in addiction are similar to those generally observed when recurrent, highly motivated goal seeking results in the development of deep habits, Pavlovian learning, and prefrontal disengagement. Molecular Mechanisms of Learning and Memory. History of psychosurgery. History of psychosurgery. Psychosurgery, also called neurosurgery for mental disorder or functional neurosurgery, is surgery in which brain tissue is destroyed with the aim of alleviating the symptoms of mental disorder. 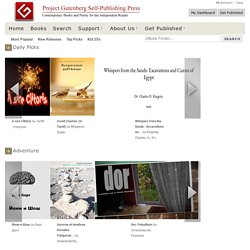 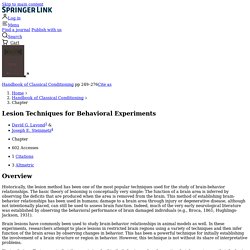 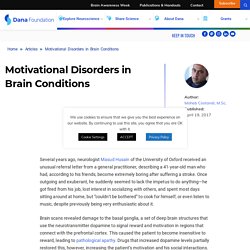 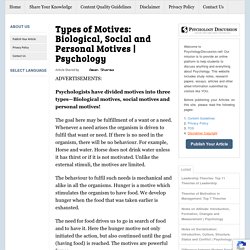 The goal here may be fulfillment of a want or a need. Whenever a need arises the organism is driven to fulfil that want or need. If there is no need in the organism, there will be no behaviour. For example, Horse and water. Horse does not drink water unless it has thirst or if it is not motivated. Are the Neural Correlates of Consciousness in the Front or in the Back of the Cerebral Cortex? Clinical and Neuroimaging Evidence. Frontiers - Search. Psychiatria Polska - 1181Z. 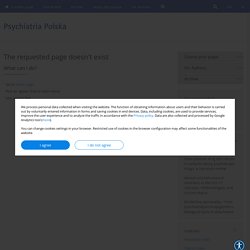 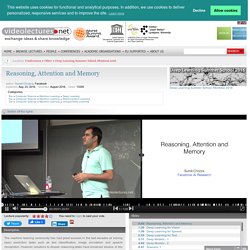 However, solutions to deeper reasoning tasks have remained elusive. A key component towards achieving deeper reasoning is the use of long term dependencies as well as short term context during inference. Until recently, most existing machine learning models have lacked an easy way to read and write to part of a (potentially very large) long-term memory component, and to combine this seamlessly with inference. To combine memory with reasoning, a model must learn how to access it, i.e. to perform *attention* over its memory.

Within the last year or so, there has been some notable progress in this area however. Would you like to put a link to this lecture on your homepage? Med.harvard.edu/AANLIB/cases/caseNA/pb9.htm. Interactive Brain. Brain lobes - annotated MRI. Free Anatomy Quiz - The anatomy of the Brain, Quiz 1. Nervous System - Label the Brain. University of Illinois. Deep Brain Structures: Coronal Section - 3D model by INTERVOKE (@intervoke) [1295476] University of Illinois. BrainFacts. In Chapter 09: Motivation and Emotion. You must turn off your ad blocker to use Psych Web; however, we are taking pains to keep advertising minimal and unobtrusive (one ad at the top of each page) so interference to your reading should be minimal. 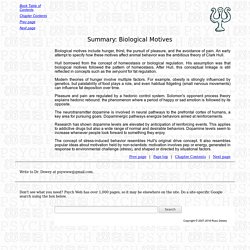 If you need instructions for turning off common ad-blocking programs, click here. If you already know how to turn off your ad blocker, just hit the refresh icon or F5 after you do it, to see the page. Summary: Biological Motives Biological motives include hunger, thirst, the pursuit of pleasure, and the avoid­ance of pain. An early attempt to specify how these motives affect animal behavior was the ambitious theory of Clark Hull. Hull borrowed from the concept of homeostasis or biological regulation.

Modern theories of hunger involve multiple factors. Pleasure and pain are regulated by a hedonic control system. The neurotransmitter dopamine is involved in neural pathways to the prefrontal cortex of humans, a key area for pursuing goals. Write to Dr. The science of motivation. Kou Murayama is an associate professor at the University of Reading, heading the multidisciplinary Motivation Science lab with the aim of achieving an integrative understanding of human motivation. 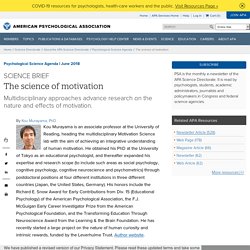 He obtained his PhD at the University of Tokyo as an educational psychologist, and thereafter expanded his expertise and research scope (to include such areas as social psychology, cognitive psychology, cognitive neuroscience and psychometrics) through postdoctoral positions at four different institutions in three different countries (Japan, the United States, Germany). His honors include the Richard E. Snow Award for Early Contributions from Div. 15 (Educational Psychology) of the American Psychological Association, the F.J.