Lmao - Hehe Michael Jackson Meme Clipart (#5685984) - PinClipart. Lmao - Hehe Michael Jackson Meme Clipart (#5685984) - PinClipart. Billboard. Jimmy Iovine to step down from Apple Music role in August - report. Music Business Jobs. Blurred Lines DID infringe on Marvin Gaye song, rules US appeals court. Nas Live From the Kennedy Center: Classical Hip-Hop. Use one of the services below to sign in to PBS: You've just tried to add this video to your Watchlist so you can watch it later. 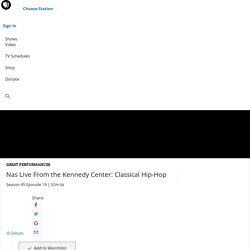 But first, we need you to sign in to PBS using one of the services below. Bruno Mars Pitches 2019 Super Bowl Halftime Acts: Outkast, Gucci Mane, More. Spotify Adds Songwriter and Producer Credits. Culture Wars: Trap Music Keeps Atlanta On Hip-Hop's Cutting Edge. Why Can't The City Embrace It? : The Record. Migos performs at a nightclub in Las Vegas in February, following the release of its album C U L T U R E, which debuted at No. 1 on the Billboard album chart. 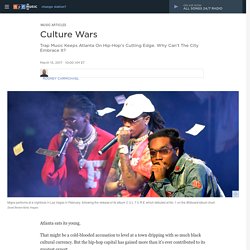 David Becker/Getty Images hide caption toggle caption David Becker/Getty Images Migos performs at a nightclub in Las Vegas in February, following the release of its album C U L T U R E, which debuted at No. 1 on the Billboard album chart. Atlanta eats its young. That might be a cold-blooded accusation to level at a town dripping with so much black cultural currency. Welcome to the city too player to hate. Like music to capitalism's ears, these are the signs of a sonic identity 20 years in the making. Consider this irony: Donald Glover's celebrated FX show Atlanta, which earned record ratings and Golden Globe statues following its debut season, received Georgia film tax incentives legislated within the last decade to lure film and TV production to the Peach State.

"Young rich n*****, you know we ain't really never had no old money. The Best Rapper Alive, Every Year Since 1979. Quincy Jones, In Conversation. In both music and manner, Quincy Jones has always registered — from afar, anyway — as smooth, sophisticated, and impeccably well-connected. 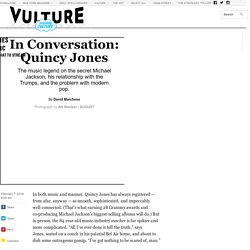 (That’s what earning 28 Grammy awards and co-producing Michael Jackson’s biggest-selling albums will do.) But in person, the 84-year-old music-industry macher is far spikier and more complicated. “All I’ve ever done is tell the truth,” says Jones, seated on a couch in his palatial Bel Air home, and about to dish some outrageous gossip. “I’ve got nothing to be scared of, man.” Currently in the midst of an extended victory lap ahead of his turning 85 in March — a Netflix documentary and a CBS special hosted by Oprah Winfrey are on the horizon — Jones, dressed in a loose sweater, dark slacks, and a jaunty scarf, talks like he has nothing to lose. You worked with Michael Jackson more than anyone he wasn’t related to. How so? What about outside of music? How much were his problems wrapped up with fame? Pisces.Me too. Songwriters Hall Of Fame Announces 2018 Inductees. 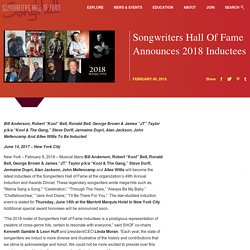 These legendary songwriters wrote mega-hits such as, "Mama Sang a Song," “Celebration,” “Through The Years,” “Always Be My Baby,” “Chattahoochee,” “Jack And Diane,” “I’ll Be There For You.” Donald Glover Has Always Been Ten Steps Ahead. David Burton People like Donald Glover aren't supposed to exist; shows like Atlanta aren’t supposed to get made. 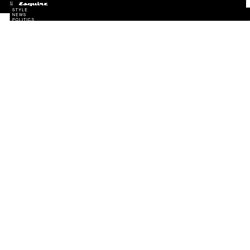 And yet here we are, in the early days of anno Domini 2018, witnessing Glover and Atlanta happen at the same time. Looking back now, I find it hard to imagine the pitch—a show about a Princeton dropout who wants to be a rap manager? —although of course Glover remembers, because going from idea to episode 101 took years. “I remember seeing an interview where Dave Chappelle was talking about how it was important to him that the show was personal,” Glover told me.

Now no one in Hollywood can get enough of Donald Glover or Atlanta. Advertisement - Continue Reading Below. Meek Mill’s ‘Dreams and Nightmares’ Earned 1.4 Million U.S. Streams on Day After Super Bowl. Is All PR Good PR?: The Sherlocks Case Study. Many people that don’t work in public relations will tell you that “all PR is good PR”. 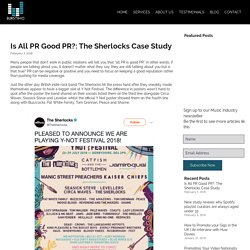 In other words, if people are talking about you, it doesn’t matter what they say, they are still talking about you but is that true? PR can be negative or positive and you need to focus on keeping a good reputation rather than pushing for media coverage. Just the other day British indie rock band The Sherlocks hit the press hard after they sneakily made themselves appear to have a bigger slot at Y Not Festival. The difference in posters wasn’t hard to spot after the poster the band shared on their socials listed them on the third line alongside Circa Waves, Seasick Steve and Leveller, whilst the official Y Not poster showed them on the fourth line along with Buzzcocks, Fat White Family, Tom Grennan, Peace and Shame.