Under The Hood IV

Under the Hood V 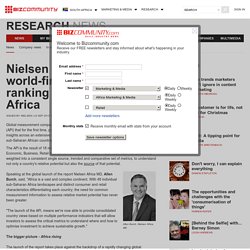 The APi is the result of 18 months of intensive collection and analysis of detailed Macro-Economic, Business, Retail and Consumer information sets. The 15 most attractive retail / FMCG markets in Africa. The African region is developing steadily, with the economic growth creating a larger middle class and with it, bigger opportunities for retail companies. 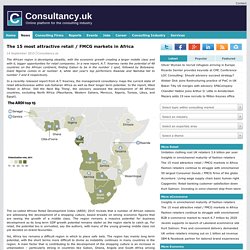 Years of economic growth have many in Africa feeling good about their prospects. The Senegalese capital, on the far western edge of Africa, looks nothing like the sleepy port city that Amadou Sy remembers from his youth. 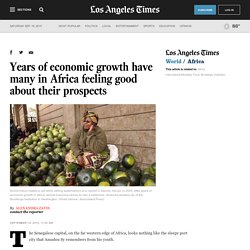 High-rise buildings are shooting up across the Dakar skyline. Shops and restaurants fill with people, and everyone seems to own a cellphone, or even two. Africa in numbers - how its countries compare. Africa is a continent of 1.1bn people, over 50 countries and thousands of different languages. 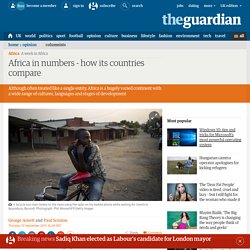 The Future Is African. This is a call to action for the dreamers of the world. 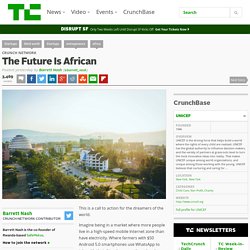 Imagine being in a market where more people live in a high-speed mobile Internet zone than have electricity. Where farmers with $50 Android 5.0 smartphones use WhatsApp to joke with their friends on one thread and confirm market prices for cassava on another. Why we are focusing on Africa, by audit firm. Panell Kerr Forster, a firm of chartered accountants and business advisers, has identified Nigeria one of the key economic centres in the world and a leading country in Africa. 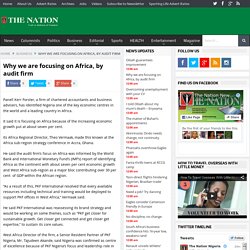 It said it is focusing on Africa because of the increasing economic growth put at about seven per cent. Its Africa Regional Director, Theo Vermaak, made this known at the Africa sub-region strategy conference in Accra, Ghana. He said the audit firm’s focus on Africa was informed by the World Bank and International Monetary Fund’s (IMF’s) report of identifying Africa as the continent with about seven per cent economic growth and West Africa sub-region as a major bloc contributing over 30 per cent of GDP within the African region. Africa's hottest industries. Moneyweb Business Insights Public infrastructure, agriculture and other growth support services. 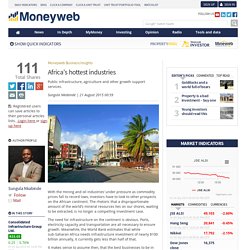 Sungula Nkabinde | 21 August 2015 00:59 With the mining and oil industries’ under pressure as commodity prices fall to record lows, investors have to look to other prospects on the African continent. The rhetoric that a disproportionate amount of the world’s mineral resources lies on our shores, waiting to be extracted, is no longer a compelling investment case. The need for infrastructure on the continent is obvious. It makes sense to assume then, that the best businesses to be in are directly or indirectly related to servicing this need. Energy. Africa to Leapfrog into New Prosperity. There is a mounting level of excitement spreading across Africa following President Obama’s recent visit to the continent. 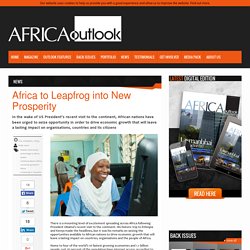 His historic trip to Ethiopia and Kenya made the headlines, but it was his remarks on seizing the opportunities available to African nations to drive economic growth that will leave a lasting impact on countries, organisations and the people of Africa. Home to four of the world’s 10 fastest growing economies and 1.1 billion people, just 16 percent of the population have internet access, according to the World Bank.

In spite of this, the internet is forecast to bolster African GDP by as much as $300 billion over the next 10 years, as more businesses harness the internet’s potential. During his visit, Obama cited the opportunity the internet offers Africans to leapfrog old technologies into new prosperity. Encouraging Africa to ultimately advance ways of working that have become commonplace in Europe and North America. Africa’s broken food security value chain: unravelling the hidden fortune. Despite holding 65 per cent of the world’s arable land and ten per cent of internal renewable fresh water sources, Africa’s food import bill, excluding fish, was at US$35billion in 2011 and imports of food exceed exports by thirty per cent. 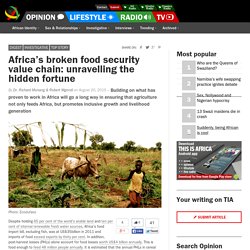 In addition, post-harvest losses (PHLs) alone account for food losses worth US$4 billion annually. This is food enough to feed 48 million people annually. Industry: The third revolution. Photos©Mikkel Ostergaard/Panos-Rea Renewable energy, the sharing economy and transportation innovation are reshaping economies across the world. 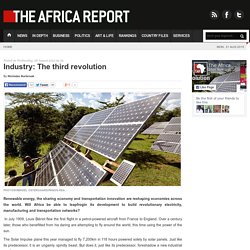 Will Africa be able to leapfrog in its development to build revolutionary electricity, manufacturing and transportation networks? In July 1909, Louis Blériot flew the first flight in a petrol-powered aircraft from France to England. No Cookies. Hills GP Max Collison and his wife Hanna are bound to be popular at the Hills Fair Trade Markets on September 5.

Their store is one of more than 20 that will be trading and will be stocked with hundreds of men’s and women’s colourful shoes made in Ethiopia, cards made in Nairobi and chocolates from Madagascar. The couple have been involved in the Hills Fair Trade Markets for several years promoting ethical trading. Don’t lump African consumers in one market, Nielsen warns. Nielsen was another organisation to present results of their research at the on-going 16th annual Pamro conference, taking place in Dar es Salaam in Tanzania. Michael Bratt takes a look at their research and what it can tell media players and advertisers about the African market and consumers who play in it. The main message of Nielsen’s presentation was that even though African people are part of the same continent they cannot all be lumped together.

Africa - Huge Oil Demand. Summary Africa is a rapidly growing continent both in terms of its population and its demand for resources. World oil demand, with Africa as the backbone could grow to 300 million barrels per day over the next hundred years. Africa's hottest industries. Mozambique and Ivory Coast leading growth of Africa’s millionaires. Mozambique and Ivory Coast will overtake Angola and Ghana as the countries in Africa with the fastest growth rate of millionaires by 2024, research company New World Wealth has predicted. In Mozambique, one of Africa’s poorest countries for decades, the number of people with net assets worth more than a million dollars – excluding the family home – will increase by 120 per cent to 2,200, while in Ivory Coast it will rise by 109 per cent to 4,800. The Johannesburg-based company attributes Mozambique’s increase in high-net-worth individuals (HNWI) to the boost the economy will get from recent natural gas finds, which are said to be the biggest in the world over the past 10 years.

In Ivory Coast, which is still recovering from its 2003 civil war, a mix of construction, financial services and property development will expand the ranks of the country’s wealthy. World population: Quarter of Earth will be African in 2050. A report released Wednesday by the United Nations projects the global population rising to more than 9.7 billion by 2050, up from just over 7.3 billion today. The World's Most Optimistic People Live in Africa.

Sure, France has Paris, Provence and the Palace of Versailles. Ethiopia, Nigeria say today's children will be richer than their parents, Kenya and Tanzania not so sure. 7 quick facts about Ethiopia’s population—soon DR Congo and Tanzania will show it dust. African rich get richer even as poverty grows and inequality deepens.