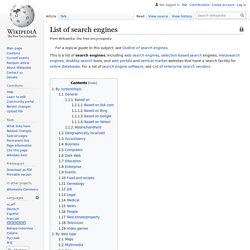 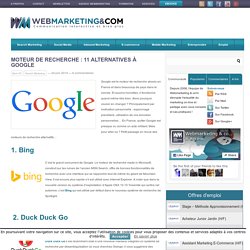 Google images search. Google search techniques. The Internet is so full of information that it’s nearly impossible to check its limits. 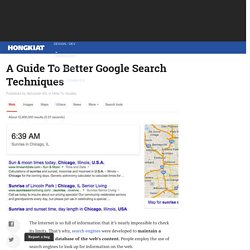 That’s why, search engines were developed to maintain a search-able database of the web’s content. People employ the use of search engines to look up for information on the web. In the midst of all search engines lies Google, the most popular and powerful search engine. You type in the query, and the search engine provides you with the search results. In most cases you’re satisfied but sometimes, you’re not. Why The Need To Learn Proper Search Techniques? Everyone including students, researchers, writers, etc. requires information, and they use search engines for that very reason. Better search resultsSaves your time Note: Search queries or examples are included inside [ ] for better readability. How To Use Google.com Google is a smart and intelligent search engine with many exciting features. 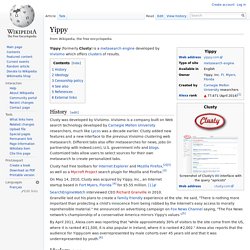 History[edit] Clusty was developed by Vivísimo. Vivísimo is a company built on Web search technology developed by Carnegie Mellon University researchers, much like Lycos was a decade earlier. Clusty added new features and a new interface to the previous Vivisimo clustering web metasearch. Different tabs also offer metasearches for news, jobs (in partnership with Indeed.com), U.S. government info and blogs.

Clusty had free toolbars for Internet Explorer and Mozilla Firefox,[2][3] as well as a Mycroft Project search plugin for Mozilla and Firefox.[3] On May 14, 2010, Clusty was acquired by Yippy, Inc., an Internet startup based in Fort Myers, Florida [4] for $5.55 million. [1] By April 2011, Alexa.com was reporting that "while approximately 30% of visitors to the site come from the US, where it is ranked #11,500, it is also popular in Ireland, where it is ranked #2,002. 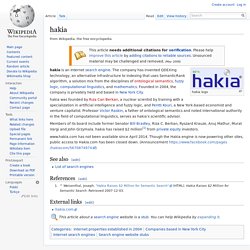 The company has invented QDEXing technology, an alternative infrastructure to indexing that uses SemanticRank algorithm, a solution mix from the disciplines of ontological semantics, fuzzy logic, computational linguistics, and mathematics. Founded in 2004, the company is privately held and based in New York City. hakia was founded by Rıza Can Berkan, a nuclear scientist by training with a specialization in artificial intelligence and fuzzy logic, and Pentti Kouri, a New York-based economist and venture capitalist.

Professor Victor Raskin, a father of ontological semantics and noted international authority in the field of computational linguistics, serves as hakia’s scientific advisor. Members of its board include former Senator Bill Bradley, Riza C. Www.hakia.com has not been available since April 2014. See also[edit] List of search engines References[edit] External links[edit]