Microsoft May Pay Up To $200M For SF’s Secretive Osterhout Design Group In A Wearables Bet. Google may have glasses and Apple may be rumored to be making a smart watch. 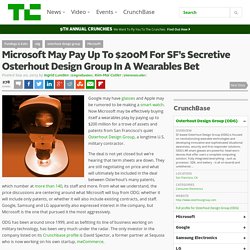 Now Microsoft may be effectively buying itself a wearables play by paying up to $200 million for a trove of assets and patents from San Francisco’s quiet Osterhout Design Group, a longtime U.S. military contractor. The deal is not yet closed but we’re hearing that term sheets are down. They are still negotiating on price and what will ultimately be included in the deal between Osterhout’s many patents, which number at more than 140, its staff and more. From what we understand, the price discussions are centering around what Microsoft will buy from ODG: whether it will include only patents, or whether it will also include existing contracts, and staff. Google, Samsung and LG apparently also expressed interest in the company, but Microsoft is the one that pursued it the most aggressively. Carbon nanotube. Rotating single-walled zigzag carbon nanotube Carbon nanotubes (CNTs) are allotropes of carbon with a cylindrical nanostructure. 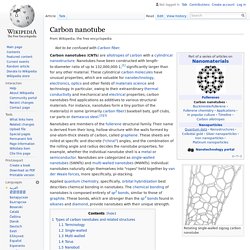 Enigma. Tilt.com. Background[edit] Tilt CEO and co-founder James Beshara, a 2008 graduate of Wake Forest University, developed the concept for the group-funding platform while working as a microloans collection officer in South Africa.[9] Beshara utilized the concept of social collateral to create Dvelo.org, which aimed to provide group-funded loans to micro-insurance organizations.[3][10][11] When Dvelo users began to use the service to fund non-charity related ventures, Beshara shifted the company’s model to concentrate on raising funds for parties, gifts, events, or any other cause that a user proposed.[2][3][9][10][11] Beshara brought on Khaled Hussein as a co-founder in 2011.[10] Beshara and Hussein rebranded Dvelo as Crowdtilt and were accepted into the winter 2012 session of Y Combinator.[9][11][12][13][14] Developments[edit] In May 2012 the company closed its first round of funding at $2.1 million.[15][16] Investors included SV Angel, CrunchFund, and Reddit’s Alexis Ohanian.[11][15][16] API[edit] 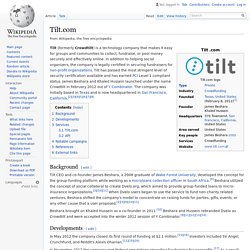 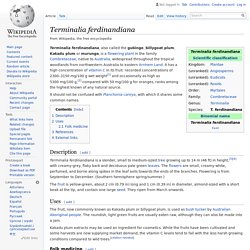 It has a high concentration of vitamin C in its fruit: recorded concentrations of 2300–3150 mg/100 g wet weight[1] and occasionally as high as 5300 mg/100 g,[2] compared with 50 mg/100 g for oranges, ranks among the highest known of any natural source. It should not be confused with Planchonia careya, with which it shares some common names. Description[edit] Home — TensorFlow. Bulletin board system. History[edit] Precursors[edit] A precursor to the public bulletin board system was Community Memory, started in August 1973 in Berkeley, California. 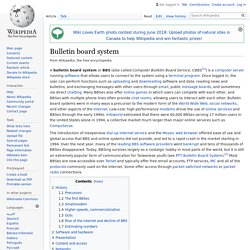 Useful microcomputers did not exist at that time, and modems were both expensive and slow. Community Memory therefore ran on a mainframe computer and was accessed through terminals located in several San Francisco Bay Area neighborhoods.[3] The poor quality of the original modem connecting the terminals to the mainframe prompted a user to invent the Pennywhistle modem, whose design was highly influential in the mid-1970s.

Go for a Dip! The_Future_Of_The_Appleseed_Platform. 0. 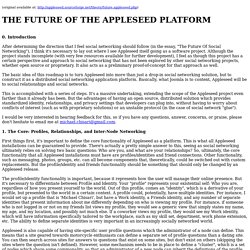 Introduction After determining the direction that I feel social networking should follow (in the essay, "The Future Of Social Networking"), I think it's necessary to lay out where I see Appleseed itself going as a software project. Although the project stands incomplete (with very few resources available for further development), I feel as though this project has a certain perspective and approach to social networking that has not been explored by other social networking projects, whether open source or proprietary. Content. Mind map. A mind map about educational technology A mind map is a diagram used to visually organize information. 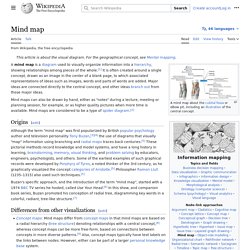 A mind map is hierarchical and shows relationships among pieces of the whole.[1] It is often created around a single concept, drawn as an image in the center of a blank page, to which associated representations of ideas such as images, words and parts of words are added. Major ideas are connected directly to the central concept, and other ideas branch out from those major ideas. SchoolTube. Software flow control. 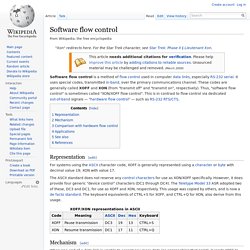 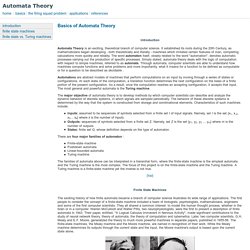 It established its roots during the 20th Century, as mathematicians began developing - both theoretically and literally - machines which imitated certain features of man, completing calculations more quickly and reliably. The word automaton itself, closely related to the word "automation", denotes automatic processes carrying out the production of specific processes. Simply stated, automata theory deals with the logic of computation with respect to simple machines, referred to as automata. What is the difference between sed and awk? The Daemon, the GNU & the Penguin ~ by Dr. Peter Salus.