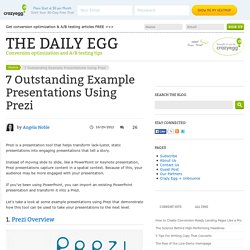 Instead of moving slide to slide, like a PowerPoint or Keynote presentation, Prezi presentations capture content in a spatial context. How to storyboard a PowerPoint presentation - Strategic Support for Investors, Businesses and Entrepreneurs. Storyboarding a powerpoint pack is essential in getting to grips with what a project deliverable could look like and being able to focus on the key analyses required for delivery. 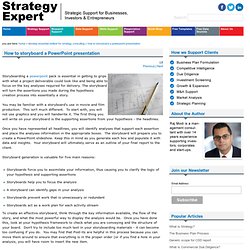 The storyboard will turn the assertions you made during the hypothesis creation process into essentially a story. PSI Videos - Dropbox. Www.census.gov/population/www/cen2000/censusatlas/pdf/12_Military-Service.pdf. The Washington Post. Their truck climbed over a hill, and Winters rolled down his window, letting the cold air hit his face as he stared at a view of snow and sky that ran clear into Utah. 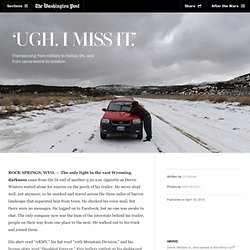 He could see no other cars, no people or houses. Maybe the best way to manage a life of isolation was to choose it. “So peaceful,” he said once they had traveled 90 miles out of town. “Where are we going, exactly?” She asked. How do soldiers live with their guilt? – Kevin Sites. November 2004, against a shattered wall in south Fallujah in Iraq, with video rolling, I conduct a battlefield interview with US Marine Corporal William Wold. 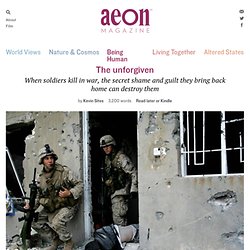 He has just shot six men dead inside a room adjoining a mosque and is juiced with a mix of adrenaline and relief. He describes the 30-second sequence with a profane candor I have never seen matched in my decade of reporting on war around the world. ‘It was a fucking small room, dude. It was fucking small!’ He shakes his head. A Troubled Narrative. There is a military proverb that first reports from the battlefield are always wrong. 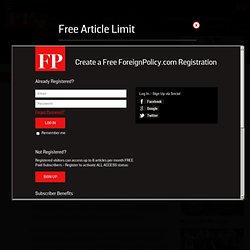 Today's reporting from Fort Hood should be taken with that caveat, especially to the extent that we blame the shooter's short Iraq tour for his violent rampage. We know far too little about the shooter, victims, and situation to conclude that military service or combat stress caused the carnage at Fort Hood. It would be enough for these stories to leap to conclusions about one particular shooting. After the Wars: A legacy of pain and pride. Asked to describe why, in their own words, slightly more than a quarter said it was because of employment-related issues, such as adjusting to a civilian-run workplace. 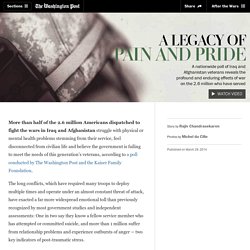 A similar percentage said the principal challenge involved the profound differences between civilian and military life. Among those still in the military, 43 percent expect a difficult transition to civilian life. “There are those that are very much in need of help, but the majority — the vast majority — are less in need of a handout than simply a handshake, an opportunity,” said Joint Chiefs Chairman Dempsey. 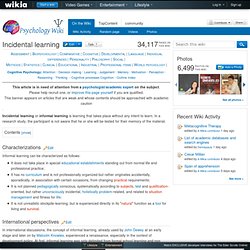 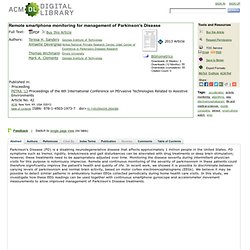 PD symptoms such as tremor, rigidity, bradykinesia and gait disturbances can be alleviated with drug treatments or deep brain stimulation; however, these treatments need to be appropriately adjusted over time. Monitoring the disease severity during intermittent physician visits for this purpose is notoriously imprecise. Remote and continuous monitoring of the severity of parkinsonism in these patients could therefore significantly improve the patient's health and quality of life. In recent work, we showed it is possible to discriminate between varying levels of parkinsonism and normal brain activity, based on motor cortex electroencephalograms (EEGs).

We believe it may be possible to detect similar patterns in ambulatory human EEGs collected periodically during home health care visits. How Do Military Veterans Feel When They Return Home From Combat? Op-Ed Contributor - Back From War, but Not Really Home. The Odyssey: a soldier's road home. Last month, the 7th Armoured Brigade, the "Desert Rats", arrived at Camp Bastion in Helmand: the last major deployment to Afghanistan before the UK pulls out its combat troops at the end of next year.

Britain's wars, for now, are coming to an end. Do We Need Humans? : TED Radio Hour. PTSD: National Center for PTSD Home. T2 health. Generations of Heroes. Generations of Heroes is a project that offers South Carolina educators and students a chance to document the living memories of heroes and civilians who have served the United States from World War II to today’s soldiers serving in Iraq and Afghanistan. 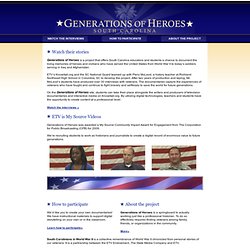 The VVA Veteran – September/October 2011 : The Paradox Of PTSD. Charles W. Hoge Bridging Gaps In Understanding And Improving Treatment After a decade of war in Afghanistan and Iraq, it’s time to reassess how much progress we’ve made in addressing the profound impact of post-traumatic stress disorder and other war-relatedmental health concerns on the lives of veterans and their families.Studies have shown that 5-20 percent of veterans who served in Afghanistan and Iraq meet criteria for PTSD after returning home, with higher rates in personnel who experienced direct combat (those in brigade or regimental combat teams), and lower rates in population samples that include support personnel.

ANA is proud and excited to offer this valuable resource to your community. Documentary looks at Native American traditions and PTSD. ELKO — Native American traditions may be the key to helping modern-day veterans with post-traumatic stress disorder. Taki Telonidis, the producer for the Western Folklife Center’s media office in Salt Lake City, has been working on a documentary called “Healing the Warrior’s Heart” that explores the ways some Native American tribes treat their veterans when they return from war. Telonidis said around two million Americans have served in Iraq and Afghanistan. Some come home fine, others have life-changing injuries and “many are coming home with invisible drama,” or PTSD. Some tribes refer to PTSD as a wounding of the soul, Telonidis said. PTSD AND NATIVE AMERICAN MEDICINE. Fundamentals of Trauma Processing. Some clinicians feel an urge to get clients talking about the trauma so the treatment process can begin as soon as possible.

Although this approach can sound like common sense, the neurological concepts covered in the first section of this course suggest otherwise. First, an individual might not be able to easily talk about a traumatic experience because of the way that it is stored in the brain. Secondly, in some cases, talking about the trauma can do more harm than good, such as if the client does not have skills in place to cope with the intense, body-level disturbance that recalling the trauma can stir up. There are two primary tasks that must be accomplished during the stabilization phase of treatment: facilitate coping skills training and affect regulation strategies, and assess/help build recovery capital, or the "good" material that a client has to draw upon, before major trauma processing work can commence.

Coping Skills and Affect Regulation Strategies Breathing Exercises Yoga. Healing PTSD with Games. By NativeRemedies on November 5th, 2012 at 2:25 pm Video games may prove to be essential for American soldiers suffering from post-traumatic stress disorder (PTSD), an anxiety disorder that develops as a result of a traumatic experience. New research shows that these games can help with two conditions that have been linked to PTSD: traumatic brain injury and flashbacks. In October 2011, scientists published a study showing that a 3D immersive video game could help improve motor coordination in patients with traumatic brain injury. The study is entitled, Development of a 3D immersive videogame to improve arm-postural coordination in patients with TBI. “Of the 13 participants, 10 showed an immediate increase in arm forward reach and single-leg stance time,” the scientists concluded. Games for Change. Jim fabio.com.

Shoot Off Workshops. Johnny Bivera. PSI Intro. The Center for Cartoon Studies. On Purpose: The Graphic Novel. THE LAB. We make games. We study how people play.