Battle of the Brains

Roundhead. Typhoid fever. Typhoid fever, also known simply as typhoid, is a bacterial infection due to Salmonella typhi that causes symptoms.[3] Symptoms may vary from mild to severe and usually begin six to thirty days after exposure.[1][2] Often there is a gradual onset of a high fever over several days;[1] weakness, abdominal pain, constipation, headaches, and mild vomiting also commonly occur.[2][6] Some people develop a skin rash with rose colored spots.[2] In severe cases there may be confusion.[6] Without treatment, symptoms may last weeks or months.[2] Diarrhea is uncommon.[6] Other people may carry the bacterium without being affected; however, they are still able to spread the disease to others.[4] Typhoid fever is a type of enteric fever, along with paratyphoid fever.[3] Signs and symptoms[edit] Rose spots on chest of a person with typhoid fever Classically, the course of untreated typhoid fever is divided into four distinct stages, each lasting about a week. 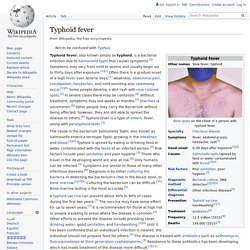 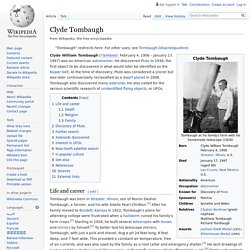 He discovered Pluto in 1930, the first object to be discovered in what would later be identified as the Kuiper belt. At the time of discovery, Pluto was considered a planet but was later controversially reclassified as a dwarf planet in 2006. Tombaugh also discovered many asteroids. He also called for the serious scientific research of unidentified flying objects, or UFOs. Life and career[edit] Following his discovery of Pluto, Tombaugh earned bachelor's and master's degrees in astronomy from the University of Kansas in 1936 and 1938.[2] During World War II he taught naval personnel navigation at Northern Arizona University.[2] He worked at White Sands Missile Range in the early 1950s, and taught astronomy at New Mexico State University from 1955 until his retirement in 1973. Ornithology. Ornithology is a branch of zoology that concerns the study of birds. 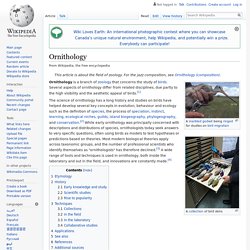 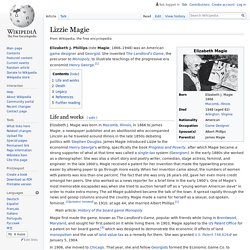 Magie was born in Macomb, Illinois, in 1866 to James Magie, a newspaper publisher and an abolitionist who accompanied Lincoln as he traveled around Illinois in the late 1850s debating politics with Stephen Douglas. James Magie introduced Lizzie to the economist Henry George's writing, specifically the book Progress and Poverty, after which Magie became a strong supporter of what at that time was called a single-tax system (Georgism). Gloria Steinem. American feminist and journalist Gloria Marie Steinem (/ˈstaɪnəm/; born March 25, 1934) is an American feminist, journalist, and social political activist who became nationally recognized as a leader and a spokeswoman for the American feminist movement in the late 1960s and early 1970s.[1][7][3] Gloria Steinem speaking with supporters at the Women Together Arizona Summit at Carpenters Local Union in Phoenix, Arizona, September 2016. 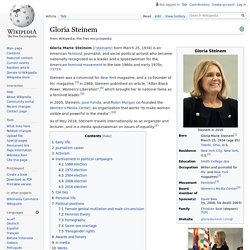 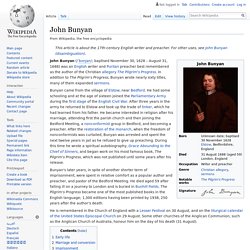 In addition to The Pilgrim's Progress, Bunyan wrote nearly sixty titles, many of them expanded sermons. Bunyan's later years, in spite of another shorter term of imprisonment, were spent in relative comfort as a popular author and preacher, and pastor of the Bedford Meeting. He died aged 59 after falling ill on a journey to London and is buried in Bunhill Fields. The Pilgrim's Progress became one of the most published books in the English language; 1,300 editions having been printed by 1938, 250 years after the author's death. Early life[edit] Bunyan's High Street cottage. Robert Fulton. Robert Fulton (November 14, 1765 – February 25, 1815) was an American engineer and inventor who is widely credited with developing a commercially successful steamboat; the first was called The North River Steamboat (later Clermont). 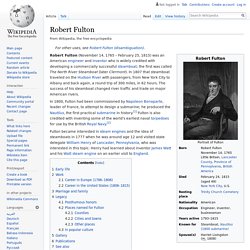 In 1807 that steamboat traveled on the Hudson River with passengers, from New York City to Albany and back again, a round trip of 300 miles, in 62 hours. The success of his steamboat changed river traffic and trade on major American rivers. Lascaux. Cave in southwestern France famous for its Paleolithic cave paintings. 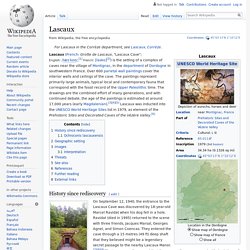 Rib cage. Together with the skin and associated fascia and muscles, the rib cage makes up the thoracic wall and provides attachments for the muscles of the neck, thorax, upper abdomen, and back. 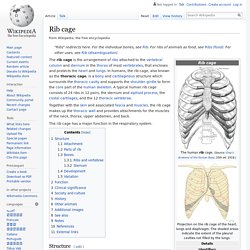 The rib cage has a major function in the respiratory system. Structure[edit] Human rib cage -CT scan (parallel projection (left) and perspective projection (right)). Ribs are described based on their location and connection with the sternum. All ribs are attached behind to the thoracic vertebrae and are numbered accordingly one to twelve. Attachment[edit] true / fixed ribs false ribs false and floating ribs The terms true ribs and false ribs describe rib pairs that are directly or indirectly attached to the sternum.