ABOUT US - STEM. Future-proofing Australia’s workforce by growing skills in science, technology, engineering and maths (STEM) After a sustained period of economic prosperity, Australia is facing some tough challenges. 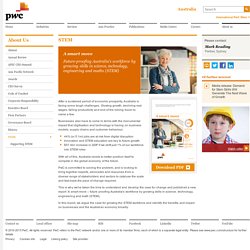 Slowing growth, declining real wages, falling productivity and end of the mining boom to name a few. Businesses also have to come to terms with the monumental impact that digitisation and technology is having on business models, supply chains and customer behaviour. More than five million Aussie jobs gone in 10 to 15 years. More than five million jobs, almost 40 per cent of Australian jobs that exist today, have a moderate to high likelihood of disappearing in the next 10 to 15 years due to technological advancements, a CEDA report being released today has found. 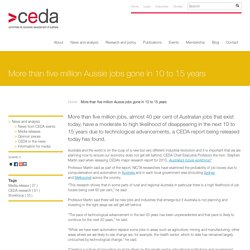 Australia and the world is on the cusp of a new but very different industrial revolution and it is important that we are planning now to ensure our economy does not get left behind, CEDA Chief Executive Professor the Hon. Stephen Martin said when releasing CEDA’s major research report for 2015, Australia’s future workforce? 26792~Futureworkforce_June2015. Australia's future workforce? On 16 June 2015, CEDA released a major report focused on the future of Australia's workforce. 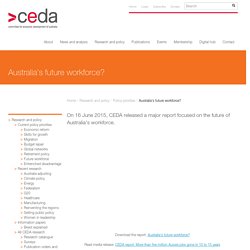 Download the report: Australia's future workforce? Coding education in schools: crucial as English and Maths - or is it? Learning early: Grade one students in Estonia learn simple computer coding as part of the Estonian Tiger Leap Foundation which aims to teach students coding from the early to final years of schooling. 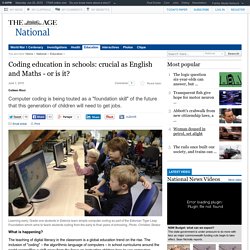 Photo: Christian Stokes What is happening? The teaching of digital literacy in the classroom is a global education trend on the rise. The inclusion of "coding" – the algorithmic language of computers – in school curriculums around the world exemplifies a shift away from the focus on instructing children how to use computers, applications and programs towards teaching them about how computers are built, how they work, and how to instruct their function and behaviour through coding. The subject received a great deal of attention in Australia recently when Federal Opposition leader, Bill Shorten announced that if elected, coding would become an integral part of the national curriculum and taught in every primary and secondary school by 2020. 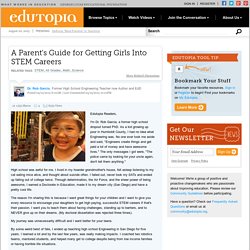 Rob Garcia, a former high school dropout turned PhD. We're educating our youth into unemployment. Illustration: John Shakespeare Despite long-term unemployment in Australia being at a 16-year high - with the majority of unemployed in the 15 to 24 age bracket - little acknowledgement is given to fact that the school system isn't preparing these kids for the "real world". 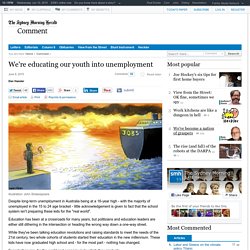 Education has been at a crossroads for many years, but politicians and education leaders are either still dithering in the intersection or heading the wrong way down a one-way street. While they've been talking education revolutions and raising standards to meet the needs of the 21st century, two whole cohorts of students started their education in the new millennium. These kids have now graduated high school and - for the most part - nothing has changed. Except of course, for the world and economy in to which they graduate. To put it bluntly, we're educating our youth into unemployment.

Pathway to STEM Careers  The need for improved STEM (Science, Technology, Engineering, and Mathematics) education is a trending topic. 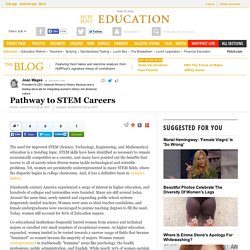 STEM skills have been identified as necessary to remain economically competitive as a country, and many have pointed out the benefits that accrue to all of society when diverse teams tackle technological and scientific problems. Yet, women are persistently underrepresented in many STEM fields, where the disparity begins in college classrooms. Change the Equation.

CTEq has developed a variety of resources around STEM learning, from data and research to philanthropic best practices. 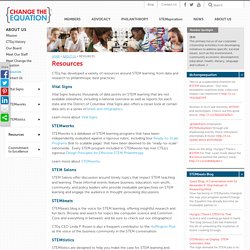 Vital Signs Vital Signs features thousands of data points on STEM learning that are not available elsewhere, including a national overview as well as reports for each state and the District of Columbia. Vital Signs also offers a closer look at certain data sets in a series of briefs and infographics. Learn more about Vital Signs. STEMworks. TED Talks You Should Show in Your Classroom - STEM JOBS. TED Talks can be inspirational. 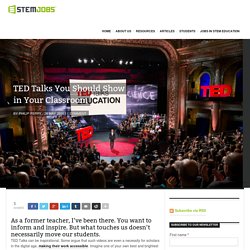 Some argue that such videos are even a necessity for scholars in the digital age, making their work accessible. Imagine one of your own best and brightest someday onstage giving such a talk. What better way to prepare them than to show them how it’s done? The right TED Talk is not just a way to kill a Friday afternoon. It can jumpstart the imagination, dispel myths and give students insight into a field and the exciting aspects of it. 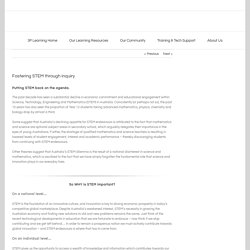 The past decade has seen a substantial decline in economic commitment and educational engagement within Science, Technology, Engineering and Mathematics (STEM) in Australia. Coincidently (or perhaps not so), the past 10 years has also seen the proportion of Year 12 students taking advanced mathematics, physics, chemistry and biology drop by almost a third. Infographic: STEM education the way forward for Australian prosperity. Our report The World in 2050 warns that Australia stands to lose its place in the world economy without a fresh focus on education, particularly within science, technology, engineering and maths (STEM subjects). Currently the 19th largest economy in the world, PwC has predicted that without investment in skills and a move away from resources, Australia could slip to 29th position by 2050.

“Leaders across business, government and the community need to understand we are on a slippery slope to irrelevance,” warns PwC Australia Economist Jeremy Thorpe. The decline in the number of skilled, ready-to-work STEM graduates was also identified as being an innovation bottleneck for Australian businesses in our research on digital innovation. “A lack of skilled people is cited as the number one barrier to innovation. Science, technology, engineering and mathematics (STEM) are the core educational competencies needed for an economically productive future,” said Trent Lund.