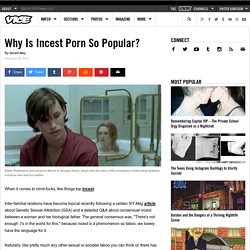 Explaining the Rise of Solo Living. This post aims to provide a mini review of a recent book by Eric Klinenberg on the rise of single person households. 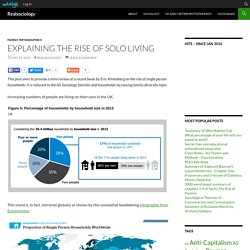 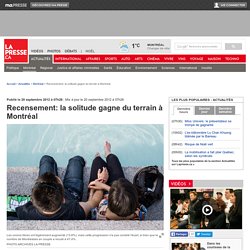 The Share of Female Breadwinners Is Falling Back to Its 21-Year Average. For all the talk of shifting gender dynamics within the American nuclear family, surprisingly little has changed when it comes to who brings home the bacon. 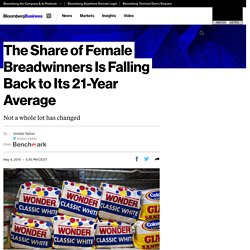 For one: The share of married heterosexual couples with children under 18 in which the mother is the sole breadwinner declined in 2014 for a fourth year to 5.6 percent, almost completely erasing the jump made in the recession, according to a recent Bureau of Labor Statistics report. It marked the steepest decline in data going back to 1994. The rate is now only 0.3 percentage point away from its two-decade average, represented by the horizontal line in the chart below. In the meantime, the share of dual-earning couples is actually lower than it was in 1994.

The measure inched up last year to 60.2 percent, recovering some ground since stumbling to its 2010 low. What the data shows about female breadwinners in Canada. Multi-bits/Getty Gender roles in the home and workplace evoke deep, primal responses. 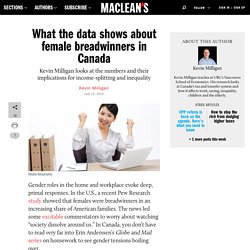 In the U.S., a recent Pew Research study showed that females were breadwinners in an increasing share of American families. The news led some excitable commentators to worry about watching “society dissolve around us.” U.S. Women on the Rise as Family Breadwinner. Women are not only more likely to be the primary caregivers in a family. 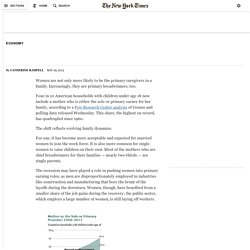 Increasingly, they are primary breadwinners, too. Four in 10 American households with children under age 18 now include a mother who is either the sole or primary earner for her family, according to a Pew Research Center analysis of Census and polling data released Wednesday. Silicon Valley Is Growing Up, Giving Parents a Break. Talking to a Man Who's Been in Love with His Sister for 20 Years. Photo via Shutterstock I met Tom* through his psychotherapist, who is a friend of mine, but he didn't want to meet me in person. 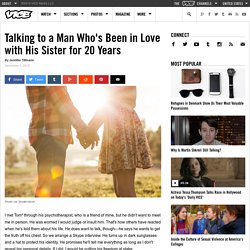 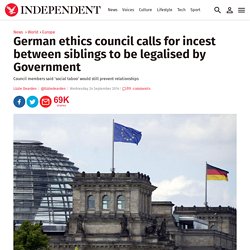 Patrick Stuebing, who was adopted as an infant and met his sister in his 20s, has launched several appeals since being imprisoned for incest in 2008 and his lengthy legal battle has prompted widespread public debate. Sexual relations between siblings or between parents and their children are forbidden under section 173 of the German criminal code and offenders can face years in prison. But on Wednesday, the German Ethics Council recommended the section be repealed, arguing that the risk of disability in children is not enough to warrant the law and de-criminalising incest would not remove the huge social taboo around it. The chairman of the council, Christiane Woopen, was among the 14 members voting in favour of repealing section 173, while nine people voted for the ban to continue and two abstained. Is Polyamory Next? The Youngs are women in a committed relationship who love and care for and look after each other. 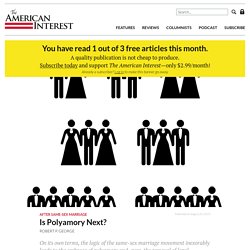 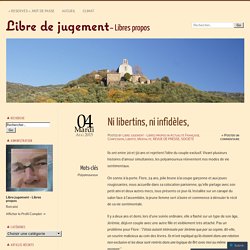