Dress Up, Dress Down

During that time, approximately 2,000 people went through the station, most of them on their way to work. After about three minutes, a middle-aged man noticed that there was a musician playing. He slowed his pace and stopped for a few seconds, and then he hurried on to meet his schedule. About 4 minutes later The violinist received his first dollar.

A woman threw money in the hat and, without stopping, continued to walk. At 6 minutes later A young man leaned against the wall to listen to him, then looked at his watch and started to walk again. At 10 minutes later A three-year old boy stopped, but his mother tugged him along hurriedly. At 45 minutes later The musician played continuously. After 1 hour He finished playing and silence took over. Links to Free Culture. Nation. Timeline Photos. Metapedia. Freebase. Cultural References. Museums. Libraries. Mondo Earth. Bright Photographs Using Rainbow Colors. Quote Images, Funny Quotes, Inspiring Quotes - TheThingsWeSay.com. 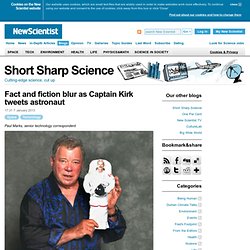 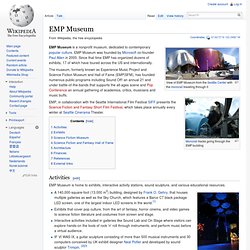 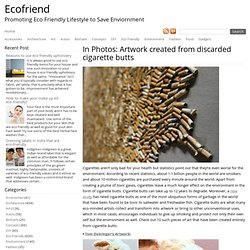 According to recent statistics, about 1.1 billion people in the world are smokers and about 10 million cigarettes are purchased every minute around the world. Apart from creating a plume of toxic gases, cigarettes leave a much longer effect on the environment in the form of cigarette butts. "The Scream" Trash Art by Bernard Pras - CulturalBook.

2011 in Lego: the year's news - in pictures. What Are We Eating? About - Food For Change. Food For Change is a feature-length documentary film focusing on food co-ops as a force for dynamic social and economic change in American culture. 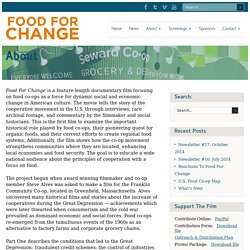 The movie tells the story of the cooperative movement in the U.S. through interviews, rare archival footage, and commentary by the filmmaker and social historians. This is the first film to examine the important historical role played by food co-ops, their pioneering quest for organic foods, and their current efforts to create regional food systems. Additionally, the film shows how the co-op movement strengthens communities where they are located, enhancing local economies and food security. The goal is to educate a wide national audience about the principles of cooperation with a focus on food.

The project began when award-winning filmmaker and co-op member Steve Alves was asked to make a film for the Franklin Community Co-op, located in Greenfield, Massachusetts. About the On Line Cookbook. Welcome to the On Line Cookbook We hope you enjoy using our cookbook. 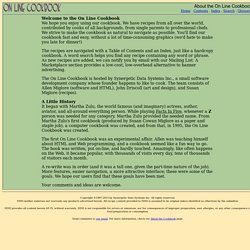 We have recipes from all over the world, contributed by cooks of all backgrounds, from single parents to professional chefs. We strive to make the cookbook as natural to navigate as possible. You'll find our cookbook fast and easy, without a lot of time-consuming graphics (we'd hate to make you late for dinner!) The recipes are navigated with a Table of Contents and an Index, just like a hardcopy cookbook. A word search helps you find any recipe containing any word or phrase. At The Intersection Of Food, Drink And Today's Lifestyle.

5 organic wine-of-the-month clubs to try. Organic wines — made from grapes and other ingredients grown without synthetic fertilizers and pesticides — are ideal for oenophiles concerned about their health and the planet. 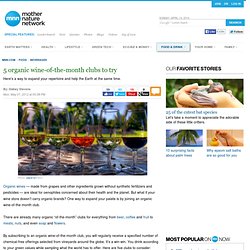 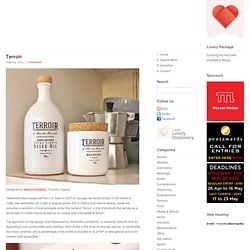 TheKnot.com - Wedding Planning - Wedding Ideas- Wedding Dresses. Expert Consulting to the Wedding and Honeymoon Industry. The red hot business of divorce celebration. 12 November 2014Last updated at 20:27 ET By Barbara Balfour Business reporter Even shooting ranges are benefiting from the growing popularity of celebrating divorce in the US After finalising a painful divorce Wendy Lewis decided there was only one way to celebrate - by blasting her wedding dress with a machine gun. 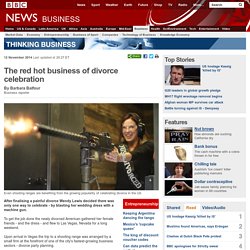 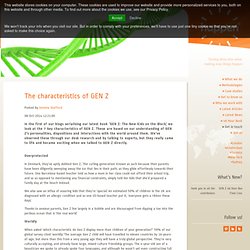 Celebrities lists. Fanpop - Fan clubs for everything. What are you a fan of? Terry Richardson's Diary.