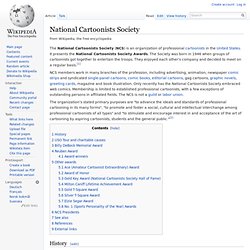 It presents the National Cartoonists Society Awards. The Society was born in 1946 when groups of cartoonists got together to entertain the troops. They enjoyed each other's company and decided to meet on a regular basis.[1] NCS members work in many branches of the profession, including advertising, animation, newspaper comic strips and syndicated single-panel cartoons, comic books, editorial cartoons, gag cartoons, graphic novels, greeting cards, magazine and book illustration. Only recently has the National Cartoonists Society embraced web comics. 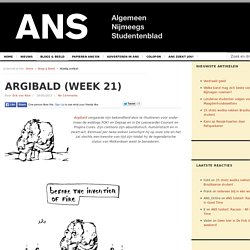 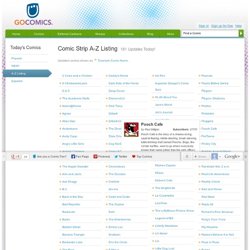 So they fled in fear, leaving a spunky young girl named Pearl to battle for their rights. Now the farm is t... 9 Chickweed Lane by Brooke McEldowney 53769 A rarity in the comics, 9 Chickweed Lane spotlights music and dance with superb artistry that complements Brooke McEldowney's strong-minded characters. 9 to 5 by Harley Schwadron 35644 Rancorous bosses, quirky workers, and an up-and-down stock market populate the world of 9 to 5. The Academia Waltz by Berkeley Breathed 14621 The Academia Waltz was Berke Breathed's first cartoon, published daily from 1978 to 1979 in The Daily Texan at The University of Texas at Austin, where he was a student. Adam@Home by Brian Basset and Rob Harrell 47872 Agnes by Tony Cochran 36069 Alley Oop by Jack and Carole Bender 17802 Annie. All Kinds. Amusing Sites. LORE. Play All Day.

Science Fiction. Imagi Nation. Ideas. The Quick 10: How 10 Bands Got Their Names. 3 0ShareNew I'm obsessed with Flight of the Conchords right now. 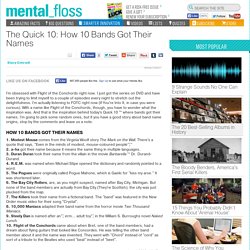 I just got the series on DVD and have been trying to limit myself to a couple of episodes every night to stretch out the delightfulness. I'm actually listening to FOTC right now (If You're Into It, in case you were curious). With a name like Flight of the Conchords, though, you have to wonder what the inspiration was. And that is the inspiration behind today's Quick 10 "“ where bands got their names. How 10 Bands Got Their Names. About the band - Flight of the Conchords. From that short vignette the group of five developed another pseudo nude show called So, You’re A Man. 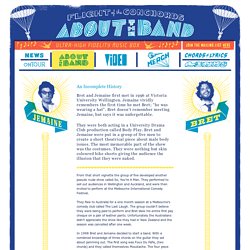 They performed to sell out audiences in Wellington and Auckland, and were then invited to perform at the Melbourne International Comedy Festival. They flew to Australia for a one month season at a Melbourne’s comedy club called The Last Laugh. The group couldn’t believe they were being paid to perform and Bret blew his entire first pay cheque on a pair of leather pants.

Unfortunately the Australians didn’t appreciate the show like they had in New Zealand and the season was cancelled after one week. In 1998 Bret and Jemaine decided to start a band. After the encouraging feedback the pair continued to write songs in their living room, subjecting their six flatmates to relentless three chord jams. That night was their first performance as Flight of the Conchords.