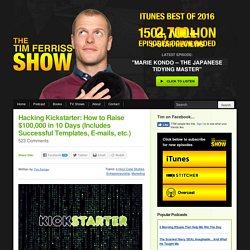 I first met Mike Del Ponte two years ago when he was running marketing at BranchOut, a startup I advise. Before joining BranchOut, Mike had explored a variety of career paths, including preparing for the priesthood at Yale Divinity School and serving as a peacemaker in the West Bank. Earlier this year, Mike came to me with a new product idea called Soma. Soma is, in its simplest form, a high-end competitor to Brita water filters. It combines Apple-inspired design (e.g. sleek glass carafe) with a subscription service that delivers the world’s first compostable water filter to your door. To launch Soma on Kickstarter (and raise $100,000+ in just nine days), Mike and his team used some of the techniques that helped BranchOut grow to 25 million users in just 16 months. Gardens Delight. Reference. MDMA The Movie. Watch our First Short Film on MDMA Therapy A Dangerous Party Drug? 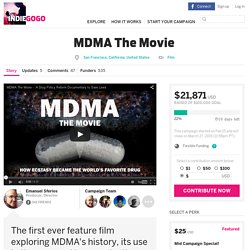 Despite the drug war, the recreational use of MDMA has spread around the globe, and its use is only rising. Unfortunately, so are “ecstasy-related” fatalities. Although tiny compared to most other recreational drugs (about 15 deaths per year in the US), ecstasy or molly-related fatalities generate disproportionate media attention. What causes ecstasy-related deaths? Shelley's Parents: Harm Reduction Saves Lives We Need Your Help! We need to raise $100,000 to complete our second phase of production. Estimated Budget Breakdown We Will Release Content Along the Way Your donation will also allow us to continue to post extended interviews and other short videos on our website throughout the production and post-production phase. Crowdfunding rare disease research – one family at a time. If one of your loved ones was sick, what would you be willing to do to help? 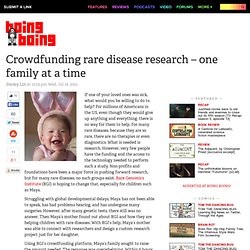 For millions of Americans in the US, even though they would give up anything and everything, there is no way for them to help. Pubslush Is Like Kickstarter for Authors. Name: Pubslush Big Idea: Pubslush is injecting Kickstarter-esque crowdfunding into the publishing process. 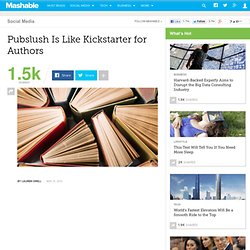 Why It's Working: Traditional publishing has a lot of overhead costs and bureaucracy that make it hard for potentially popular books to get published; with it's pledging model, Pubslush guarantees an audience before putting ink to paper. Plus, one book is donated for each one that's purchased. Too often, good manuscripts end up in the slush pile — in fact, J.K. Equity Crowdfunding. Books are now in your hands. 3 Internet of Things Security Nuances You May Not Have Considered. Over the past 18 months, I’ve been in a variety of situations where I had the opportunity to discuss the Internet of Things (IoT) with various industry professionals, developers and journalists. 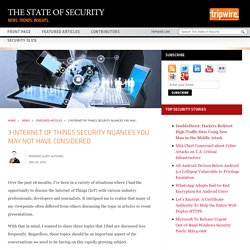 It intrigued me to realize that many of my viewpoints often differed from others discussing the topic in articles or event presentations. With that in mind, I wanted to share three topics that I find are discussed less frequently. Regardless, these topics should be an important aspect of the conversations we need to be having on this rapidly growing subject. The 4 fatal flaws of failed Kickstarter campaigns. Crowdfunding is having monumental impacts upon all across all areas of entrepreneurship. 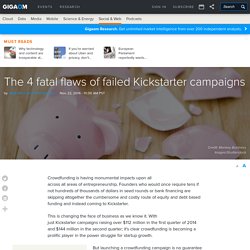 Founders who would once require tens if not hundreds of thousands of dollars in seed rounds or bank financing are skipping altogether the cumbersome and costly route of equity and debt based funding and instead coming to Kickstarter. This is changing the face of business as we know it. How Shapeways 3D Printing Works. Fund Science and Explore the World with Renowned Researchers - Petridish.org. Crowdsourcing and Crowdfunding - The Industry Website. How Fiverr.com is changing the creative economy $5 at a time. Fiverr.com co-founder Micha Kaufman The website Fiverr poses two immediate questions for its community of users: What would you do for $5 and what would you pay someone else to do for $5? 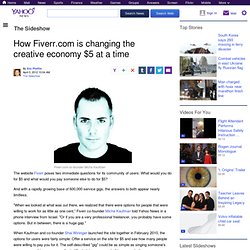 And with a rapidly growing base of 600,000 service gigs, the answers to both appear nearly limitless. "When we looked at what was out there, we realized that there were options for people that were willing to work for as little as one cent," Fiverr co-founder Micha Kaufman told Yahoo News in a phone interview from Israel. "Or if you are a very professional freelancer, you probably have some options. Delightful robots for children to program. The Kitchen Safe. Kickstarter. Top 40 Platforms for Crowdfunding Social Change. This post is a guest blog by Josef Davies-Coates and it originally appeared on the P2P Foundation blog. 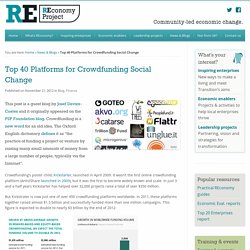 Crowdfunding is a new word for an old idea. The Oxford English dictionary defines it as “the practice of funding a project or venture by raising many small amounts of money from a large number of people, typically via the Internet”. Crowdfunding’s poster child, Kickstarter, launched in April 2009. Crowdfunding. Knowledge. Are We There Yet? Web World Things. Social Sale$ Solicitors. Prospero. 100th Meme Keys. Crowd Source Controls.