Keybase. Slashdot. The Guardian has released new documents from Edward Snowden showing how the U.S. 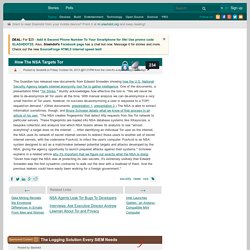 National Security Agency targets internet anonymity tool Tor to gather intelligence. One of the documents, a presentation titled "Tor Stinks," bluntly acknowledges how effective the tool is: "We will never be able to de-anonymize all Tor users all the time. With manual analysis we can de-anonymize a very small fraction of Tor users, however, no success de-anonymizing a user in response to a TOPI request/on demand. 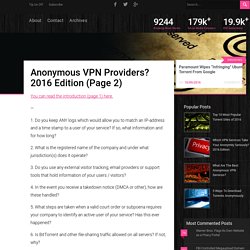 Do you keep ANY logs which would allow you to match an IP-address and a time stamp to a user of your service? If so, what information and for how long? 2. What is the registered name of the company and under what jurisdiction(s) does it operate? 3. HelloZeroNet/ZeroMail: End-to-end encrypted, P2P messaging site. HelloZeroNet/ZeroMe: Social network for ZeroNet. DHT Protocol. Slock.it - Blockchain + IoT. Public-key cryptography. An unpredictable (typically large and random) number is used to begin generation of an acceptable pair of keys suitable for use by an asymmetric key algorithm. 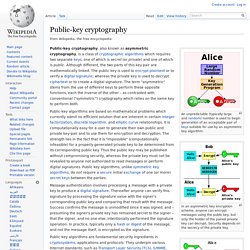 In an asymmetric key encryption scheme, anyone can encrypt messages using the public key, but only the holder of the paired private key can decrypt. Security depends on the secrecy of the private key. In the Diffie–Hellman key exchange scheme, each party generates a public/private key pair and distributes the public key. VeraCrypt - Home. ZeroNet - Decentralized p2p web platform - Google Slides. HelloZeroNet/ZeroNet. Enabling Communications, Anywhere, Anytime: Arduino Yun as a possible Mesh Extender Platform. Regular readers of this blog will know that we have been looking at a variety of hardware options for the Serval Mesh Extender. 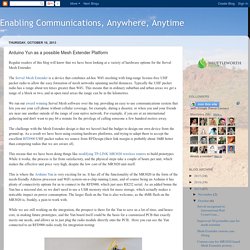 The Serval Mesh Extender is a device that combines ad-hoc WiFi meshing with long-range license-free UHF packet radio to allow the easy formation of mesh networks spanning useful distances. Typically the UHF packet radio has a range about ten times greater than WiFi. This means that in ordinary suburban and urban areas we get a range of a block or two, and in open rural areas the range can be in the kilometres. We run our award winning Serval Mesh software over the top, providing an easy to use communications system that lets you use your cell phone without cellular coverage, for example, during a disaster, or when you and your friends are near one another outside of the range of your native network.

Voluntary - Bitpost. Bitpost private decentralized messaging Source Download 0.9.8.3 for OSX Every love letter, political opinion or personal confession you share with someone using services such as email or Facebook is recorded and can be read by curious employees, malicious government agencies, exposed by hackers or shared with advertisers. 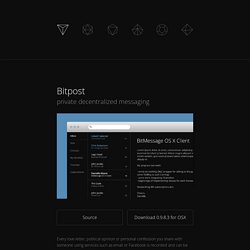 We see this as a basic human rights issue and long term potential threat to civil society. That's why we've created this user friendly interface to Bitmessage to help keep personal communications private. Untitled. Open Wireless Movement. iMessage Privacy. iMessage is probably one of the most trendy instant messaging systems. 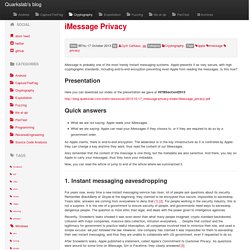 Apple presents it as very secure, with high cryptographic standards, including end-to-end encryption preventing even Apple from reading the messages. Is this true? Quick answers What we are not saying: Apple reads your iMessages.What we are saying: Apple can read your iMessages if they choose to, or if they are required to do so by a government order. Apple iMessage Open to Man in the Middle, Spoofing Attacks. P2P microblogging platform. 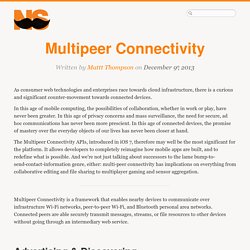 The Multipeer Connectivity APIs, introduced in iOS 7, therefore may well be the most significant for the platform. It allows developers to completely reimagine how mobile apps are built, and to redefine what is possible. Multipeer Connectivity is a framework that enables nearby devices to communicate over infrastructure Wi-Fi networks, peer-to-peer Wi-Fi, and Bluetooth personal area networks. Project Maelstrom: The Internet We Build Next. An invite-only Alpha to help build the distributed web. 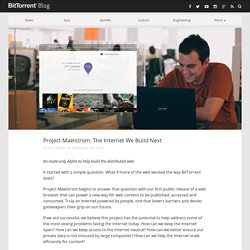 It started with a simple question. What if more of the web worked the way BitTorrent does? Project Maelstrom begins to answer that question with our first public release of a web browser that can power a new way for web content to be published, accessed and consumed.