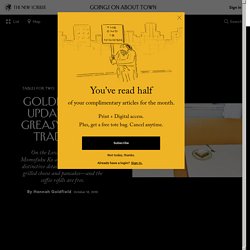 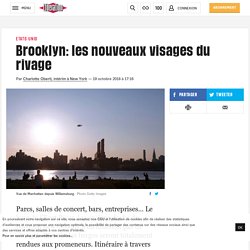 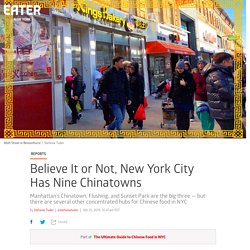 Those destinations have long been filled with Chinese food catering to both Chinese and American tastes, available at all price points, and from many regions in China. But the number of Chinese immigrants in NYC has risen sharply in recent years — with Chinese people only trailing Dominicans as the largest foreign-born population in NYC. People of Chinese descent have spread farther out in larger numbers and developed communities along the way that at this point can be considered mini Chinatowns.

NYC from above, at night. Top ten dishes and drinks in New York City in 2013. Nicoletta Pizzeria, East Village, Manhattan. 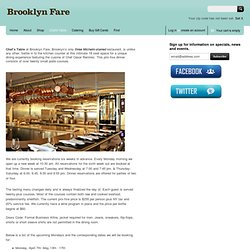 Settle in to the kitchen counter at this intimate 18 seat space for a unique dining experience featuring the cuisine of Chef Cesar Ramirez. This prix-fixe dinner consists of over twenty small plate courses. We are currently booking reservations six weeks in advance. Every Monday morning we open up a new week at 10:30 am. All reservations for the sixth week out are booked at that time. The tasting menu changes daily and is always finalized the day of. Dress Code: Formal Business Attire, jacket required for men. Below is a list of the upcoming Mondays and the corresponding dates we will be booking for: Pouring Ribbons (cocktails), Manhattan. Eating and Drinking Red Hook, Brooklyn.

But for variety, charm, oddity and rugged urban beauty, there is nothing in the city like eating and drinking your way across this Brooklyn neighborhood. 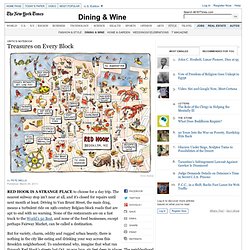 To understand why, imagine that what ran through Red Hook’s streets last Oct. 29 was lava, six feet deep in places. The neighborhood would have been a modern Pompeii of food and drink, a startlingly complete record of the things that obsessed hungry New Yorkers in 2012. The buried machinery alone would have told a story. The vortex winnowers, conches and melting tanks would illustrate the making of chocolate bars from cacao pods. Copper-pot stills would document the rise of small distilleries. Coffee roasters would give evidence of New York’s pursuit of the perfect caffeine high. Of course, what really covered Red Hook was a flood tide swept in by .

Most impressively, Red Hook is a true community in a city where that notion is becoming more abstract all the time. Red Hook Food Vendors Fairway Market. 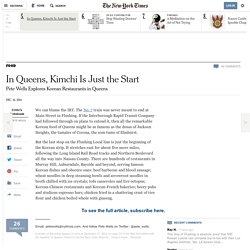 The No. 7 train was never meant to end at Main Street in Flushing. If the Interborough Rapid Transit Company had followed through on plans to extend it, then all the remarkable Korean food of Queens might be as famous as the dosas of Jackson Heights, the tamales of Corona, the som tums of Elmhurst. But the last stop on the Flushing Local line is just the beginning of the Korean strip. It stretches east for about five more miles, following the Long Island Rail Road tracks and Northern Boulevard all the way into Nassau County.

The Queens kimchi belt has got to be the least explored, discussed and celebrated of the city’s great ethnic-food districts. “A lot of the restaurants in Queens are opened by first-generation people, who know what’s being served in Korea now,” he said. Continue reading the main story. The Hot Dog, Redefined One Cart at a Time. Seriously. 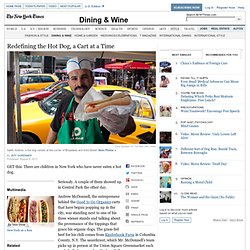 A couple of them showed up in Central Park the other day. Andrew McDonnell, the entrepreneur behind the Good to Go Organics carts that have begun popping up in the city, was standing next to one of his three wiener stands and talking about the provenance of the toppings that grace his organic dogs. Welcome to Amsterdam Nursing Home. Brooklyn Brainery Offers Popular Courses. Michael Appleton for The New York Times. 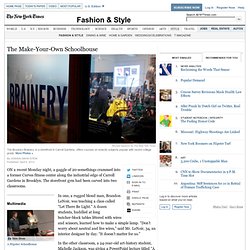 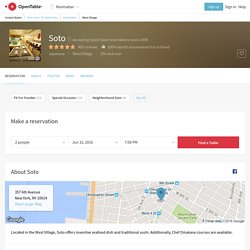 Everything was very consistent in quality and taste. Especially loved the goma tofu, eel and sushi. Sushi were warm, albeit smaller than average, scored, and very soft. It's an approach that I surprisingly didn't mind and actually found quite memorable. Prior to the trip I read a lot of reviews about bad services and sub-par decor but both were surprisingly fine.