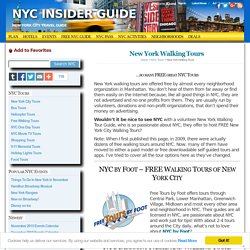 You don’t hear of them from far away or find them easily on the internet because, like all good things in NYC, they are not advertised and no one profits from them. They are usually run by volunteers, donations and non-profit organizations, that don’t spend their money on advertising. Wouldn’t it be nice to see NYC with a volunteer New York Walking Tour Guide, who is so passionate about NYC, they offer to host FREE New York City Walking Tours? Note: When I first published this page, in 2009, there were actually dozens of free walking tours around NYC. Serious Eats: The Best of New York. North Fork Winery Tour - New York. Itching to leave NYC for the day and see and sip your way through Long Island's wine country? 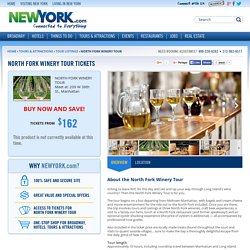 Then this North Fork Winery Tour is for you. The tour begins on a bus departing from Midtown Manhattan, with bagels and cream cheese and movie entertainment for the ride out to the North Fork included. Once you are there, the trip involves tours and tastings at three North Fork wineries, craft beer experiences, a visit to a family-run farm, lunch at a North Fork restaurant (and former speakeasy!) And an optional oyster shucking experience (the price of oysters is additional) — all accompanied by professional tour guides. 12 New York Cupcakes That Are Better Than Magnolia's. When you hear "New York" and "cupcake" together, the first place that generally comes to mind is Magnolia -- the bakery that made New York cupcakes "a thing. 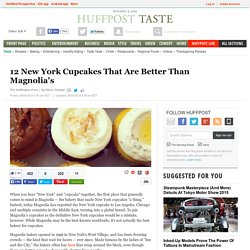 " Indeed, today Magnolia has exported the New York cupcake to Los Angeles, Chicago and multiple countries in the Middle East, turning into a global brand. To pin Magnolia's cupcakes as the definitive New York cupcakes would be a mistake, however. While Magnolia may be the best-known worldwide, it's not actually the best bakery for cupcakes. Magnolia bakery opened in 1996 in New York's West Village, and has been drawing crowds -- the kind that wait for hours -- ever since. Made famous by the ladies of "Sex and the City," the bakery often has lines that wrap around the block, even though there are better cupcake shops with shorter lines nearby. While Magnolia is famous for its cupcakes, it sells a few other treats that are actually much better. To be sure, the cupcakes at Magnolia are very good on the whole. 17 Mind-Blowingly Delicious Noodles To Try In NYC. 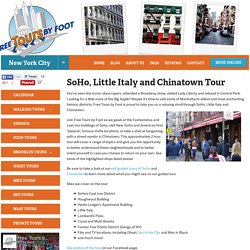 Looking for a little more of the Big Apple? Maybe it’s time to visit some of Manhattan’s oldest and most enchanting historic districts. Free Tours by Foot is proud to take you on a relaxing stroll through SoHo, Little Italy and Chinatown. Join Free Tours by Foot as we gawk at the Fashionistas and cast iron buildings of Soho, visit New York’s and America’s first “pizzeria”, famous mafia locations, or take a stab at bargaining with a street vendor in Chinatown. Be sure to take a look at our self-guided tours of SoHo and Chinatown to learn more about what you might see on our guided tour. Tour Calendar New York. Not sure what tour to take? 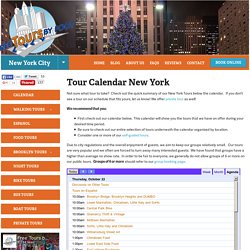 Check out the quick summary of our New York Tours below the calendar. If you don’t see a tour on our schedule that fits yours, let us know! We offer private tour as well! Due to city regulations and the overall enjoyment of guests, we aim to keep our groups relatively small. Our tours are very popular and we often are forced to turn away many interested guests. NYC Holiday Windows Walking Tour Overview. New York City is a wonderful place to visit during the holiday season, particularly because of the beautiful decorations at many city stores and landmarks. 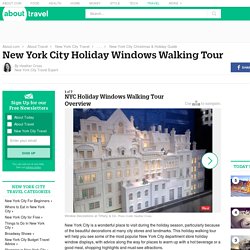 This holiday walking tour will help you see some of the most popular New York City department store holiday window displays, with advice along the way for places to warm up with a hot beverage or a good meal, shopping highlights and must-see attractions. Before You Go: The holiday windows at each store are unveiled on different schedules, but all should be on view from Thanksgiving through the New Year.Crowding is greatest on weekends and in the early evening.I think the holiday windows are best enjoyed when it is dark, but they can be appreciated during the day as well.It can be difficult to actually see the window decorations during the unveiling events because of crowding, but the performances and excitement can be fun! 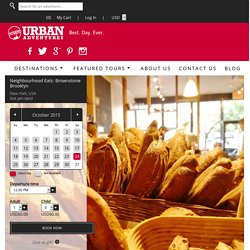 Relax! We believe part of the fun of travel is immersing yourself in the destination and its culture, meeting the people, and learning what makes the place tick. We’ve got a wide range of tours with something for everybody. The cultural shock rating ranks how different the experience is from most Western cultures. Low. Tips for Best Viewing Macy’s Thanksgiving Day Parade in NYC. The Macy’s Thanksgiving Day Parade in New York City isn’t just a parade – it’s the official start of the holiday season for families all across America. 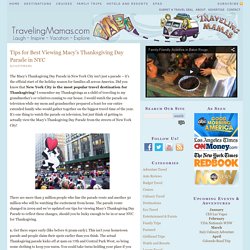 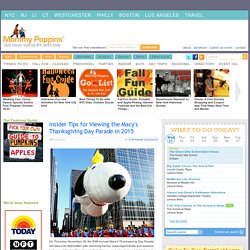 Seeing those giant balloons get inflated the night before the parade is a pretty special experience, too. (There's a reason why it's No. 98 on our list of 100 things to do with your kids in NYC.) If you're planning on watching Macy's Thanksgiving Day Parade in person, we've got the most up-to-date information on the route and the new balloons, plus advice on where to watch even if you don't stake out a spot at dawn.

We have a brief overview of the Balloon Inflation the night before, but you'll also want to check out our in-depth inflation post. Motorino Pizza. The 7 Best Pizza Places in NYC, According to Pizza Experts. Ayza Midtown. The Best Beer Gardens in NYC. At first thought, it’s hard for us not to get a little queasy when we think about beer gardens. 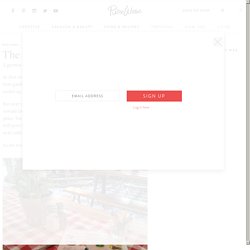 We all had those supposedly chill afternoons in our ’20s that ended up, well, not so chill. But over the last few years, a new crop of grown-up beer gardens have opened around the city that remind us exactly why we loved them so much in the first place. Turns out, sipping a cold pint with friends on a perfect summer day is still pretty great--and doing so without a gaggle of drunk college kids at the next table is even better. So we rounded up a few of our favorites to upgrade your Saturdays. Best for bringing the kids: DSK Brooklyn The most brilliant idea of all time: beer-garden playdates.

DSK Brooklyn, 710 Fulton St. Best food: Berg'n We can’t think of a food better suited for a night of drinking than barbecue. Berg’n, 899 Bergen St. Best German food: Zum Schneider Zum Schneider, 107 Ave. The Dutch » Menus. Welcome to Miss Lily's. Best free attractions and NYC landmarks in New York City. 101 things to do in New York: How many have you done? Museums in Washington Heights, New York. Best free first-date ideas and things to do in NYC. Best date ideas in Dumbo, Brooklyn, NYC. Brooklyn Bridge Park Some city parks—Central and Prospect, most obviously—were built to replicate rustic fields and preserve serene woodland. Brooklyn Bridge Park, however, was not—and that’s precisely why it has become so popular since its 2010 debut.

The project has transformed a chunk of the Brooklyn waterfront into a nearly 85-acre expanse; several sections house unique attractions such as Jane’s Carousel, a restored 1920s merry-go-round, and riverside esplanades with gorgeous Manhattan views. Its latest addition, Pier 5, designed specifically for “active recreation”—sporting leagues and events—further cements the space as the city’s premier urban playground.

Smorgasburg Queens - Brooklyn Flea. Greenwich Village Food Tour. Greenwich Village is well-known for its shady, winding streets with 19th Century houses, for its bohemian roots and historic Washington Square Park. But the Village’s tree-lined streets are also lined with some of the best restaurants and food specialty shops in all of the Big Apple. Just ask celebrity chefs of the Food Network, food critics from the New York Times and thousands of New Yorkers: Greenwich Village is THE place to find the best of every cuisine. Be sure to consider our other guided and self-guided New York food tours as well as our non-food Greenwich Village Tour.

Secret New York: lesser-known attractions, bars and restaurants. Frick Collection The Highline This elevated public park with fabulous views of the Hudson River and beyond is the perfect urban green-space. Set on a reclaimed, elevated industrial rail line that stretches 20 blocks from Gansevoort Street in the south, to 30th Street, this gorgeous landscaped park is close to the Hudson on the west side of Manhattan. There are nine sets of stairs to exit and enter from the streets below, and chairs and benches among all the trees and wild grasses en route, from where to look at the river to the west. At 18th Street, you can sit in a glassed-in, amphitheatre-like space above Tenth Avenue and watch the traffic zooming to and fro underneath you.