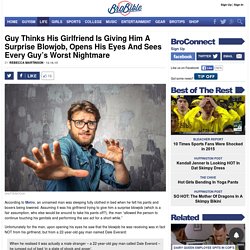 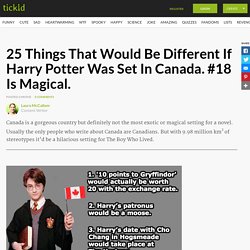 Harry’s Hogwarts letters would all have been lost by Canada Post. 5. Hagrid would tell Harry “Vous êtes un magicien, ‘Arry.” 6. Stormtroopers Recount Their Worst Job Experiences. Somebody Call HR. Here Are Taylor Swift’s 26 Sexiest Instagrams, For Her 26th Birthday - BroBible. The LAD Bible. Photos du journal - The Best of Tumblr. Awkward, Hilarious Kissing Confessions From the Whisper App. Postize - Right in the feels. The sad economics of being famous on the internet.

T was all so painfully awkward. 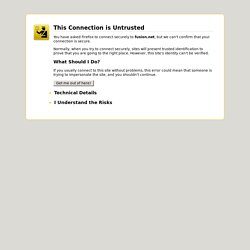 That night, Brittany Ashley, a lesbian stoner in red lipstick, was at Eveleigh, a popular farm-to-table spot in West Hollywood. The restaurant was hosting Buzzfeed’s Golden Globes party. For the past two years, Ashley has been one of the most visible actresses on the company’s four YouTube channels, which altogether have about 17 million subscribers. She stars in bawdy videos with titles like “How To Win The Breakup” or “Masturbation: Guys Vs. Girls,” many of which rack up millions of views. This Amazing Website Will Anonymously Text Your Ex Justin Bieber Lyrics. The Very Best Tweets From the #ExplainAFilmPlotBadly Hashtag. If there's one thing people love, it's a hashtag game on Twitter! 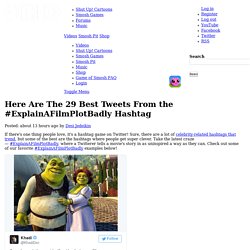 Sure, there are a lot of celebrity-related hashtags that trend, but some of the best are the hashtags where people get super clever. Take the latest craze — #ExplainAFilmPlotBadly, where a Twitterer tells a movie's story in as uninspired a way as they can. Woman Asks Internet To Help Photoshop Picture, Instantly Regrets It. Bro Masterfully Trolls ‘THAT’ One Idiot On Facebook We All Know By Calling Him Out On Every Demented Thing He Posts - BroBible. Facebook. 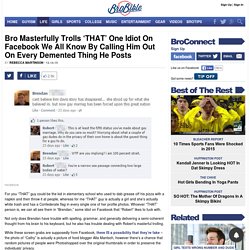 Tinder Bro Pulls Epic Drunk Hail Mary To Get Laid In October, Pays Off 2 Months Later With A++ Booty Call From Girl - BroBible. Reddit Some people are bold and can handle hanging out with an almost complete stranger for an entire weekend, whereas to other just the thought of doing something like that makes them cringe and curl up into a fetal position. 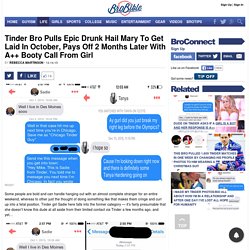 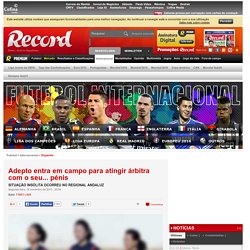 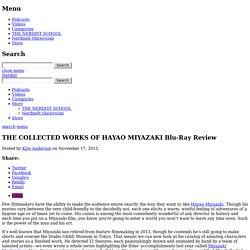 Though his movies vary between the very child-friendly to the decidedly not, each one elicits a warm, wistful feeling of adventures of a bygone age or of times yet to come. His canon is among the most consistently wonderful of any director in history and each time you put on a Miyazaki film, you know you’re going to enter a world you won’t want to leave any time soon. Such is the power of the man and his art. Bro Named ‘Phuc Dat Bich’ Keeps Getting His Facebook Account Shut Down For Obvious Reasons. Facebook. 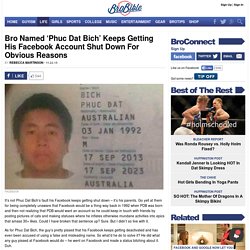 Escócia: Guarda-redes foi a jogo... no estádio errado. Photos du journal - The Best of Tumblr. The Ninja Turtles And Batman Are Teaming Up: Get An Exclusive First Look. By Victoria McNally 2h ago It’s a fantasy held by every single nine-year-old nerd in America — what would happen if Batman got to team up with the Teenage Mutant Ninja Turtles? 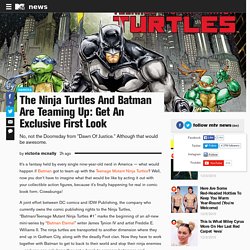 Well, now you don’t have to imagine what that would be like by acting it out with your collectible action figures, because it’s finally happening for real in comic book form. Cowabunga! A joint effort between DC comics and IDW Publishing, the company who currently owns the comic publishing rights to the Ninja Turtles, “Batman/Teenage Mutant Ninja Turtles #1″ marks the beginning of an all-new mini-series by “Batman Eternal” writer James Tynion IV and artist Freddie E.

Williams II. Check out this exclusive preview of the issue before it goes on sale next Wednesday, December 9, and get ready for all the pizza and quiet brooding you can possibly stand! BATMAN/TEENAGE MUTANT NINJA TURTLES #1 Written by JAMES TYNION IV Art by FREDDY E. The Benjamin Franklin Effect: The Surprising Psychology of How to Handle Haters. “We are what we pretend to be,” Kurt Vonnegut famously wrote, “so we must be careful about what we pretend to be.” But given how much our minds mislead us, what if we don’t realize when we’re pretending — who are we then? That’s precisely what David McRaney explores in You Are Now Less Dumb: How to Conquer Mob Mentality, How to Buy Happiness, and All the Other Ways to Outsmart Yourself (public library) — a “book about self-delusion, but also a celebration of it,” a fascinating and pleasantly uncomfortable-making look at why “self-delusion is as much a part of the human condition as fingers and toes,” and the follow-up to McRaney’s You Are Not So Smart, one of the best psychology books of 2011.

​How I Signed for Two Premier League Teams Without Being a Footballer. Two years into his tenure at Tottenham Hotspur, the moment had come for Harry Redknapp to leave a lasting mark in the history of the storied North London club. In the summer of 2010, Spurs were on the verge of their first ever Champions League group stage campaign; Redknapp would need something special to take the next step. But the gaffer was calm; he knew his squad featured a player who could lead Spurs to success. Unsolicited Advice: Do Not Marry Your High School Sweetheart. Happy Holidays everyone! [Ed. Note: I’m about two weeks late posting this.

Darth Vader's Motivation For Betraying the Emperor. Mind Blown. Couple In Long Distance Relationship Connects By Creating Combo Pictures. This is the real struggle. Could Wu-Tang's $2M One-Off Album Be Legally Stolen By Bill Murray? The latest twist in the story regarding Wu-Tang Clan’s infamous one-of-a-kind album is outdoing all the weirdness that’s gone before it. From the moment in March 2014 that RZA – the producer and de facto leader of the iconic rap group – announced that only one copy of Once Upon a Time in Shaolin would be made and sold to the highest bidder, the project has been shrouded in secrecy and controversy. At the time RZA told Forbes: We’re about to put out a piece of art like nobody else has done in the history of music.