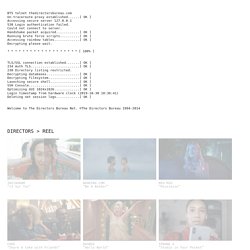 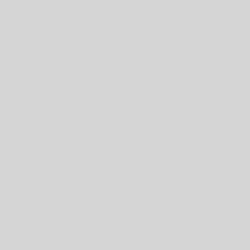 -Esquire Magazine In 2004 Jeff joined the Patagonia brand as their first staff photographer—a role he unwittingly created when hired to help develop and launch Patagonia Surf. After receiving international attention for his 2010 environmental odyssey, 180° South, Jeff evolved into a key influencer of outdoor culture both in front and behind the lens. Jeff has anchored projects for Urban Outfitters, Black Diamond, YETI, Leica, Knob Creek and Electric Sunglasses.

His work has appeared in The Wall Street Journal, The Surfer’s Journal, Alpinist, Surfer Magazine, Climbing Magazine, and Outside Magazine. His first book, Bend to Baja: A Biofuel Powered Surfing and Climbing Road Trip, was published in 2006. Jeff now resides in Santa Barbara, California. 1stAveMachine. Our People - Merman. Our People Our People Commercials & Branded. 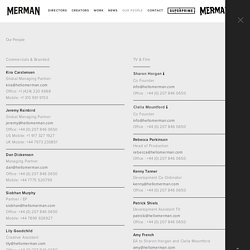 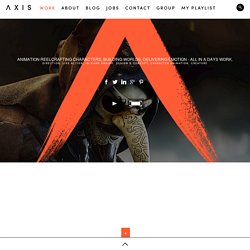 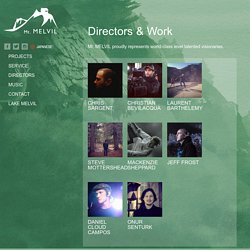 With his background in art, editing, photography, music and dance it’s safe to say that there is no other director like him. He is able to bring a unique, cohesive and fresh perspective to cinema, stage and beyond. Video Production Company - Contra. Video Production For Brands: Contra is a multi award-winning video production company. 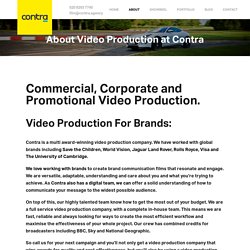 We have worked with global brands including Save the Children, World Vision, Jaguar Land Rover, Rolls Royce, Visa and The University of Cambridge. We love working with brands to create brand communication films that resonate and engage. We are versatile, adaptable, understanding and care about you and what you’re trying to achieve. As Contra also has a digital team, we can offer a solid understanding of how to communicate your message to the widest possible audience. 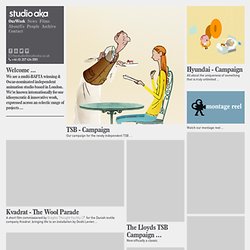 Welcome ... We are a multi-BAFTA winning & Oscar-nominated independent animation studio based in London. We're known internationally for our idiosyncratic & innovative work, expressed across an eclectic range of projects ... <div class='colourbox warning' style='z-index:9999999999;'>For a better experience on our site and to view movies, enable JavaScript in your browser</div><br /> TSB - Campaign Our campaign for the newly independent TSB … Hyundai - Campaign All about the uniqueness of something that is truly unlimited ... 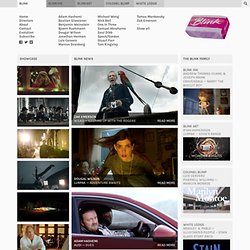 Thanks to another year of outstanding work from our directors, commercials produced by Blink were met with widespread acclaim across the industry in 2013, and look set to continue that run into 2014. In 2013, Dougal Wilson set the bar high once again, bringing home 7 Gold British Arrows for his industry-defining spots ‘Rainbow’ for Lurpak, ‘Playin’ with my Friends’ for Ikea, and ‘The Long Wait’, his second Christmas film for John Lewis. The 2013 British Arrows also saw Blink bring home the Arrow for Best Commercial of the Year. 2013 also saw Dougal's colourful spot for Ikea receive Gold and Silver Cannes Lions, while Blink also won the Cannes Lions Grand Prix for its film branding Channel 4’s London Paralympics coverage. Friend London. Annex Films. Mad Cow Films.