British DNA Isn’t Quite As British As You’d Expect. It’s a funny time to be a Brit right now, with the highly controversial Brexit vote sending shockwaves through society – presumably resulting in some upturned tea cups – and leaving many questioning exactly what it means to be British. 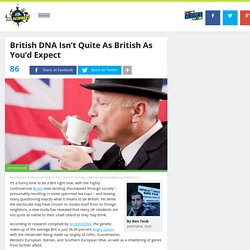 Yet while the electorate may have chosen to isolate itself from its foreign neighbors, a new study has revealed that many UK residents are not quite as native to their small island as they may think. According to research complied by AncestryDNA, the genetic make-up of the average Brit is just 36.94 percent Anglo-Saxon, with the remainder being made up largely of Celtic, Scandinavian, Western European, Iberian, and Southern European DNA, as well as a smattering of genes from further afield.

Blame Your Neanderthal Genes For Your Allergies. If you suffer from hayfever in spring or food allergies, you might want to blame a Neanderthal or Denisovan ancestor. 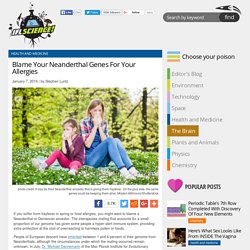 The interspecies mating that accounts for a small proportion of our genome has given some people a hyper-alert immune system, providing extra protection at the cost of overreacting to harmless pollen or foods. People of European descent have inherited between 1 and 6 percent of their genome from Neanderthals, although the circumstances under which the mating occurred remain unknown. In July, Dr. Michael Dannemann of the Max Planck Institute for Evolutionary Anthropology presented evidence at the Society for Molecular Biology and Evolution conference that this inheritance is particularly common in DNA controlling Toll-like receptors (TLRs), proteins that initiate the body's response to potential dangers.

Both Dannemann and Dr. For Quintana-Murci the work on the three TLRs was just one part of a project studying the evolution of genes for immunity. Photo Gallery. Phénomène rarissime, elle met au monde et à deux fois des jumelles de couleurs différentes. No Sex Needed: All-Female Lizard Species Cross Their Chromosomes to Make Babies. Since the 1960s scientists have known that some species of whiptail lizards need a male even less than a fish needs a bicycle. 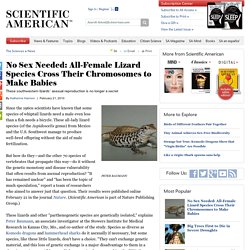 These all-lady lizard species (of the Aspidoscelis genus) from Mexico and the U.S. Southwest manage to produce well-bred offspring without the aid of male fertilization. But how do they—and the other 70 species of vertebrates that propagate this way—do it without the genetic monotony and disease vulnerability that often results from asexual reproduction?

"It has remained unclear" and "has been the topic of much speculation," report a team of researchers who aimed to answer just that question. Their results were published online February 21 in the journal Nature. These lizards and other "parthenogenetic species are genetically isolated," explains Peter Baumann, an associate investigator at the Stowers Institute for Medical Research in Kansas City, Mo., and co-author of the study. Why do so many men have red beards but not red hair? (Well it isn't due to their soul) You probably will see a lot of dark-haired men growing a ginger beard. 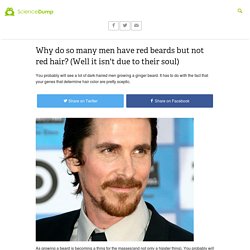 It has to do with the fact that your genes that determine hair color are pretty sceptic. As growing a beard is becoming a thing for the masses(and not only a hipster thing). You probably will see a lot of dark-haired men growing a ginger beard. But why do so many non-red hair men have red beards? To get to the bottom of this mystery we have to understand how are genes define hair color. There isn’t one single dominant hair gene, so all of genes can influence each other In extend, the same genes can express themselves differently for anyone. But before we can unravel the mystery of ginger beards we have to understand how the shade of hair color is determined. For white people the shades are depending on two sorts of pigment, the so-called eumaline (black pigment) and pheomelanine(red pigment). So what is causing the red beards? If you end up with only one mutated MC1R gene, red hair can appear in unwanted places. 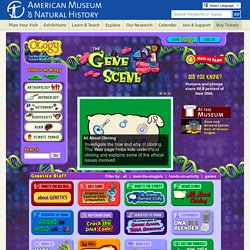