World-Building and the Early Modern Imagination - Google Books. From British attempts on the stage and page to reinvent the world order with their island at the center to the Jesuit Athanasius Kircher's museum that strove to make the invisible visible, the early modern period was rife with attempts to reimagine the world and the human place within it. 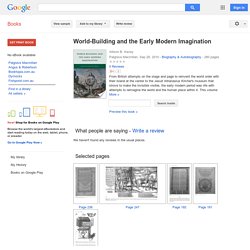 This volume looks at natural philosophers, playwrights, historians, and other figures in the period 1500-1700 as a means of accessing the plethora of world models that circulated in Europe during this era. Contributors to this volume ask what motivated institutions and individuals to engage in world-building, examining its cultural utility and the reception these new worlds received. Eutopia: essays in world building. World Building Academy - Create Worlds, Change Lives. World Conception. Everything that happened in the real world has also unfolded in the exact same way in the Champions Universe. 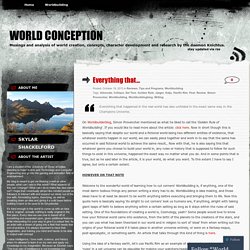 On Worldbuilderblog, Simon Provencher mentioned as what he liked to call the ‘Golden Rule of Worldbuilding‘. If you would like to read more about the article: click here. Blood-Red Pencil: World-Building 101: Geography and History. Because Modern Fantasy fiction comes in so many flavors, it’s virtually impossible to come up with a definitive recipe for writing The Perfect Fantasy Novel. 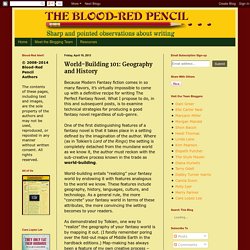 What I propose to do, in this and subsequent posts, is to examine technical strategies for producing a good fantasy novel regardless of sub-genre. One of the first distinguishing features of a fantasy novel is that it takes place in a setting defined by the imagination of the author. Where (as in Tolkien’s Lord of the Rings) the setting is completely detached from the mundane world as we know it, the author must reckon with the sub-creative process known in the trade as world-building.

World-building entails “realizing” your fantasy world by endowing it with features analogous to the world we know. Worldbuilding Lessons From History. By Alex Hughes, @ahugheswriter Part of the How They Do It Series For a lot of genre writers (especially us in the sci fi fantasy realms), worldbuilding is half the fun of writing a novel. 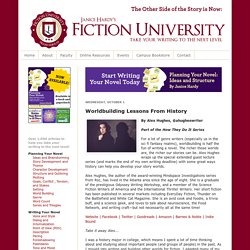 The richer those worlds are, the richer our stories can be. Alex Hughes wraps up the special extended guest lecture series (and marks the end of my own writing deadline) with some great ways history can help you develop your story worlds. Alex Hughes, the author of the award-winning Mindspace Investigations series from Roc, has lived in the Atlanta area since the age of eight. Worldbuilding Lessons from History: Part Two. By Alex Hughes, @ahugheswriter Part of the How They Do It Series Alex Hughes returns to the lecture hall today with more great tips on how history can help you develop your story worlds. 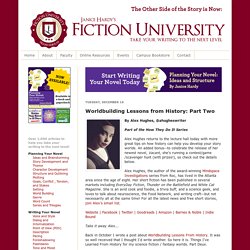 An added bonus--to celebrate the release of her newest novel, Vacant, she's running a contest/game/scavenger hunt (with prizes!) , so check out the details below. Alex Hughes, the author of the award-winning Mindspace Investigations series from Roc, has lived in the Atlanta area since the age of eight. 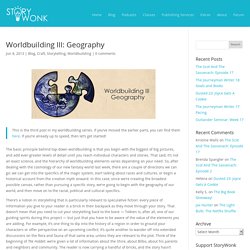 If you’ve missed the earlier parts, you can find them here. If you’re already up to speed, then let’s get started! Ships and Vessels. Character Creation. MAPS. Lab Partners. Worldbuilding in Science Fiction and Fantasy Novels. Hi everyone! 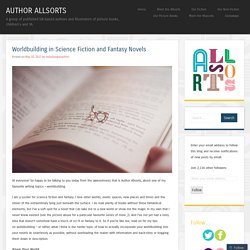 So happy to be talking to you today from the awesomness that is Author Allsorts, about one of my favourite writing topics – worldbuilding. I am a sucker for science fiction and fantasy. I love other worlds, exotic spaces, new places and times and the shiver of the extraordinary lying just beneath the surface. I do read plenty of books without these fantastical elements, but I’ve a soft spot for a novel that can take me to a new world or show me the magic in my own that I never knew existed (see the picture above for a particular favourite series of mine ;)). And I’ve not yet had a story idea that doesn’t somehow have a touch of sci-fi or fantasy to it. Ask An Author: "With all of the existing imaginary worlds out there, how do you create a world that's unique to your own story?" Each week, a new author will serve as your Camp Counselor, answering your writing questions. 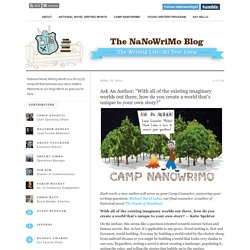 Michael David Lukas, our final counselor, is author of historical novel The Oracle of Stamboul: With all of the existing imaginary worlds out there, how do you create a world that’s unique to your own story? — Katie Spektor On the surface, this seems like a question oriented towards science fiction and fantasy novels. Fictional Linguistics: Lesson I.B.2: Diphthongs. Our Hollow Earth. Here is evidence, using the Google Earth app, showing the digital manipulation of the pixel-based satellite images uploaded to Google Earth databases, in attempts to hide the entrances to our hollow Earth. 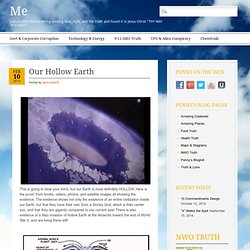 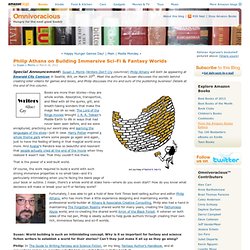 Morris (Writers Don’t Cry columnist) Philip Athans will both be appearing at Emerald City Comicon in Seattle, WA, on March 30th. Meet the authors as Susan discusses the secrets behind creating killer villains for games and books, and Philip discusses the ins and outs of the publishing business! Details at the end of this column.

Books are more than stories—they are whole worlds. Absorptive, transportive, and filled with all the quirks, grit, and breath-taking wonders that make the magic feel oh so real. Www.wizards.com/dnd/files/MS_HeroesHesiod.pdf. Infinite Dreams by RHADS on deviantART. Writing & Worldbuilding. Magickless: Kishōtenketsu part 3: Fixing the Man of Steel. Fair warning, there be spoilers ahead. My son is beyond your reach Zod. Zod. Magickless: Language of magick. Okay, so I need some help making a decision. Early on -- years ago now -- when I was finishing the first draft, I had the idea to incorporate an invented language into my book.

I am one of those geeks that loves the fact that Macbeth has been translated into Klingon, and I become obsessed whenever there is a story that has such real world elements as maps and symbols and words. Around the time I was thinking about all this, I was reading the excellent Neal Stephenson trilogy, "The Baroque Cycle" and came across the idea of a philosophical language. This seemed perfect for magick, and so I looked into it a bit. Long story short, I came across a cool and forgotten example called Solresol. Magickless: world building. I was asked to visit a school to talk about my book and run a workshop -- all part of the job. They wanted me to talk to the students about world building and this got me thinking, exactly how did I build my world? “T.B. Wcu-2004/fairystories-tolkien.pdf. World-building - Stephen Lee Gillett. Building Imaginary Worlds: The Theory and History of Subcreation - Mark J.P. Wolf.

World Building/Creating a Home Brew World - Myth-Wiki. Introduction Worldbuilding is the process of constructing an imaginary world, sometimes associated with a fictional universe. The process usually involves the creation of maps, listing the back-story of the world and the people of the world, and designing points of interest. The imaginary world need not be an entire planet. It might only be a single city or dungeon, or it might encompass several planes of existence, or anything in between. Creating your own world offers the unique opportunity to run games in a setting built entirely to your specifications, ensuring that you are fond of every aspect of the in-game world.

TerraChronica - Build Fantasy Worlds Online. Barking Gecko Theatre Company. Barking Gecko Workshops take young people on a fun and creative journey through a variety of drama improvisation, theatre and film-making activities. Guaranteed to unleash the imagination and increase confidence BGTC School Holiday Workshops are a perfect introduction or extension to our classes as participant experience working with our exceptional teaching artists and industry specialists - from directors to stage combat choreographers, building their skills in a social and fun environment.