Belching Cows and Endless Feedlots: Fixing Cattle’s Climate Issues. HAPPY, Texas — Randy Shields looked out at a sea of cattle at the sprawling Wrangler Feedyard — 46,000 animals milling about in the dry Panhandle air as a feed truck swept by on its way to their pens. 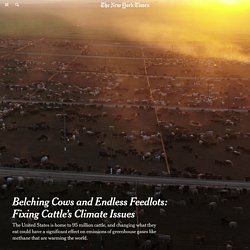 Mr. Shields, who manages the yard for Cactus Feeders, knows that at its most basic, the business simply takes something that people can’t eat, and converts it into something they can: beef. That’s possible because cattle have a multichambered stomach where microbes ferment grass and other tough fibrous vegetation, making it digestible.

“The way I look at it, I’ve got 46,000 fermentation vats going out there,” Mr. Shields said. But this process, called enteric fermentation, also produces methane, a potent planet-warming gas that the cattle mostly belch into the air. Researchers within and outside the industry are working on ways to reduce emissions from fermentation, through feed supplements or dietary changes. How to Direct Market Your Beef. How Many Pounds of Meat Can We Expect From A Beef Animal? Consumers who buy a live animal from a local cattle producer or 4-H member for custom processing are often surprised by the amount of beef they receive, the amount of freezer space needed and that they did not get back the entire live weight of the animal in retail cuts. 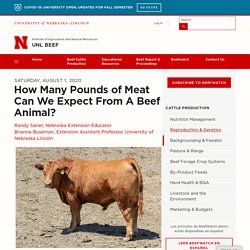 This article will discuss how to estimate how much meat you will receive when purchasing an animal to harvest. Dressing Percentage is an important term to remember as it represents the portion of the live animal weight that transfers to the hot carcass weight. Dressing percentage is calculated as: (hot carcass weight ÷ the live weight) x 100. The hot carcass weight (HCW) is the weight of the unchilled carcass in pounds after the head, hide and internal organs have been removed. For most fed cattle, the HCW will be approximately 60 to 64 percent of live animal harvest weight. . (880 hot carcass weight ÷ 1400-pound live weight) x 100 = 63%. Many factors can affect the dressing percentage.

Saving the Planet – Schumacher Center for New Economics. A ciénega is a wetland system unique to the American Southwest. 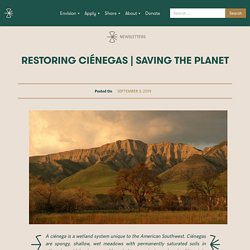 Ciénegas are spongy, shallow, wet meadows with permanently saturated soils in otherwise arid landscapes, although few remain in such a healthy state today. One of the goals of a well-managed ranch is to restore the ciénegas. Dear Friend, Sallie Calhoun’s work found her, unfolding out of a love for, and responsibility to, a particular place. Raised on grass: Adapting to cattle markets, caring for Blackfoot Valley sustains generations of Mannix family. Grazing Like It's 1799: How Ranchers Can Bring Back Grassland Birds. The Green New Deal could boost regenerative agriculture.

Here's how grassfed beef really could be superior. The science on grass-finished beef nutrition has included one conflicting report after another, with unclear human health benefits, but a new paper sheds light on how beef from ecologically diverse environments may offer those desired health improvements. 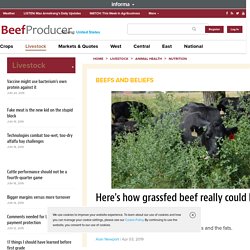 A recently published paper in Frontiers in Nutrition by Fred Provenza and two other scientists suggests strong ties between secondary and tertiary nutrients in foods and human health. Provenza is professor emeritus at Utah State University and throughout his career pioneered much work on animal nutritional behavior. Good soils build better beef, better food. Lockhart Cattle Company. The world needs topsoil to grow 95% of its food – but it's rapidly disappearing. The world grows 95% of its food in the uppermost layer of soil, making topsoil one of the most important components of our food system. 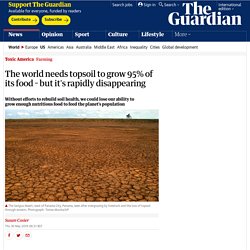 But thanks to conventional farming practices, nearly half of the most productive soil has disappeared in the world in the last 150 years, threatening crop yields and contributing to nutrient pollution, dead zones and erosion. In the US alone, soil on cropland is eroding 10 times faster than it can be replenished. If we continue to degrade the soil at the rate we are now, the world could run out of topsoil in about 60 years, according to Maria-Helena Semedo of the UN’s Food and Agriculture Organization. Without topsoil, the earth’s ability to filter water, absorb carbon, and feed people plunges. Not only that, but the food we do grow will probably be lower in vital nutrients. “We never want to see our soil unless we go looking for it,” says Keith Berns, a Nebraska farmer whose land hasn’t seen a plow in three decades. Power Steer « Michael Pollan. By Michael PollanThe New York Times Magazine, March 31, 2002 Garden City, Kan., missed out on the suburban building boom of the postwar years. 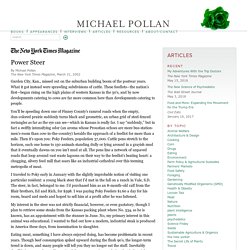 What it got instead were sprawling subdivisions of cattle. These feedlots—the nation’s first—began rising on the high plains of western Kansas in the 50’s, and by now developments catering to cows are far more common here than developments catering to people. Vintage Beef Co explores new territory in branded cow meat. Jon Condon, December 21, 2018 Vintage Beef Co brand will include marbling score 2 and up product from grassfed cows at least five years of age – like this sample. 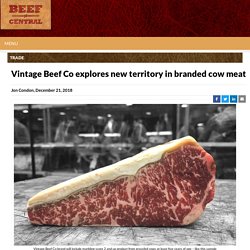 Cold chain. Processing. A review of fatty acid profiles and antioxidant content in grass-fed and grain-fed beef. The Case For Eating Older Animals. Our culture’s preference for youth runs deep. It’s even apparent in the meat we eat, which overwhelmingly comes from animals that are young enough to mark their ages in months rather than years. Shipping. Tough Questions about Beef Sustainability. BeefCutsGuide. Tag based on what is being viewed. We filter the output of wp_title() a bit - see agriflex_filter_wp_title() in functions.php. 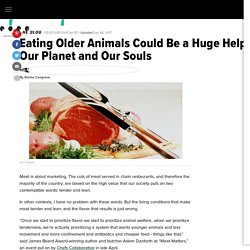 The cuts of meat served in chain restaurants, and therefore the majority of the country, are based on the high value that our society puts on two contemptible words: tender and lean. In other contexts, I have no problem with these words. But the living conditions that make meat tender and lean, and the flavor that results is just wrong. 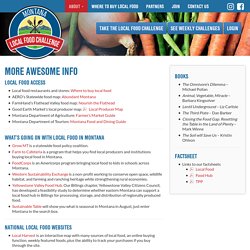 National Local Food websites. Things to do. James Bar: Stylish & Comfortable - The Last Best Plates. I had already moved away from my hometown, Missoula, by the time the James Bar opened and became my hometown bar. 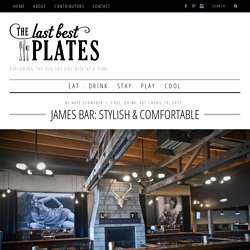 Carnivore connoisseur. How to Cut Up a Carcass. The Meat Buyer's Guide. Regenerative Farming Trailblazers: How Reintegrating Livestock and Restoring Soils Can Lead to More Resilient Farms - Union of Concerned Scientists. Brazil meat-packing giants 'exported rotten beef' Image copyright Reuters The authorities in Brazil suspended 33 government officials amid allegations that some of the country's biggest meat processors have been selling rotten beef and poultry for years. Three meat processing plants have also been closed and another 21 are under scrutiny. Much of the meat produced by the companies accused is exported to Europe and other parts of the world. Brazil is the world's largest red meat exporter. Agriculture Minister Blairo Maggi will meet foreign ambassadors on Monday to reassure them and try to prevent sanctions being issued against Brazilian meat exporters. Operation Weak Flesh was launched in the early hours of Friday in six Brazilian states after a two-year investigation.

Federal police carried out raids in 194 locations, deploying more than 1,000 officers. The investigators allege that some managers bribed health inspectors and politicians to get government certificates for their products. Image copyright AFP.