Disconnect: Ex-Googlers Raise Funding To Stop Google, Facebook & More From Tracking Your Data. In the age of endless sharing, super cookies, social search results, and that ever-present social graph, it’s comforting to know that there are some who are still prioritizing privacy. 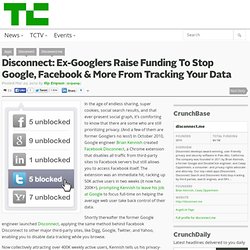 (And a few of them are former Googlers no less!) In October 2010, Google engineer Brian Kennish created Facebook Disconnect, a Chrome extension that disables all traffic from third-party sites to Facebook servers but still allows you to access Facebook itself. The extension was an immediate hit, racking up 50K active users in two weeks (it now has 200K+), prompting Kennish to leave his job at Google to focus full-time on helping the average web user take back control of their data. 5 Logical Fallacies That Make You Wrong More Than You Think. 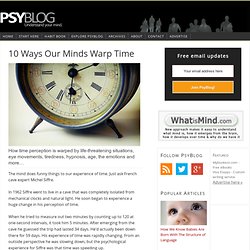 Web zen. 2011 Mobile Payments Outlook – a golden opportunity for cr. Web zen. Top 10 Thinking Traps Exposed. Our minds set up many traps for us. Unless we’re aware of them, these traps can seriously hinder our ability to think rationally, leading us to bad reasoning and making stupid decisions. Features of our minds that are meant to help us may, eventually, get us into trouble. Here are the first 5 of the most harmful of these traps and how to avoid each one of them.

Theory of mind. More than half of smartphone owners use mobile devices in retail stores: study. Zen in a Stone. Introduction: 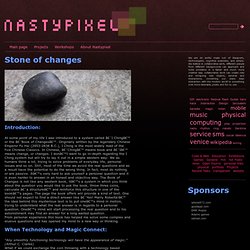 20 Ways to Eliminate Stress From Your Life. Post written by Leo Babauta. 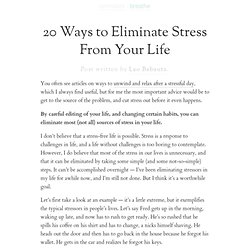 You often see articles on ways to unwind and relax after a stressful day, which I always find useful, but for me the most important advice would be to get to the source of the problem, and cut stress out before it even happens. By careful editing of your life, and changing certain habits, you can eliminate most (not all) sources of stress in your life. I don’t believe that a stress-free life is possible.

Stress is a response to challenges in life, and a life without challenges is too boring to contemplate. However, I do believe that most of the stress in our lives is unnecessary, and that it can be eliminated by taking some simple (and some not-so-simple) steps. Zen. How to Drop an RSS Feed Like a Bad Habit. Every Wedneday is Simplicity Day on Zen Habits, and today’s post is part of a series called “Edit Your Life,” looking at ways to simplify different parts of your life. 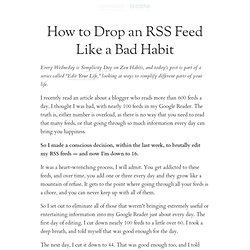 I recently read an article about a blogger who reads more than 600 feeds a day. I thought I was bad, with nearly 100 feeds in my Google Reader. Supporting the Art of E-commerce. Land Your Dream Job: Ditch School and Get a Library Card. Article by Zen Habits contributor Jonathan Mead; follow him on twitter. 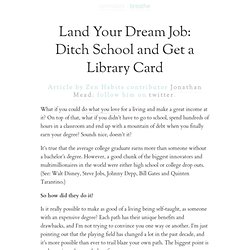 What if you could do what you love for a living and make a great income at it? On top of that, what if you didn’t have to go to school, spend hundreds of hours in a classroom and end up with a mountain of debt when you finally earn your degree? Sounds nice, doesn’t it? It’s true that the average college graduate earns more than someone without a bachelor’s degree. However, a good chunk of the biggest innovators and multimillionaires in the world were either high school or college drop outs.

8 awesome social brands that should get more credit. By Arik Hanson on Jun 25, 2012 Originally published at ArikHanson.com Last week, the PRSA Puget Sound Chapter asked me to lead a small group discussion around social content strategies that make sense. 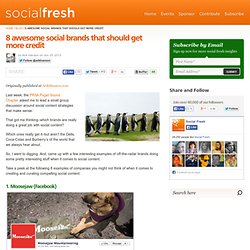 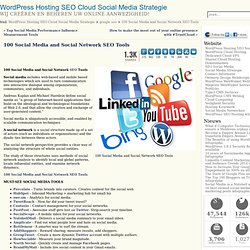 Pair Is A Path For The Two Of Us. Let’s say you’re in a serious relationship, but you work all the time and you’re long-distance. 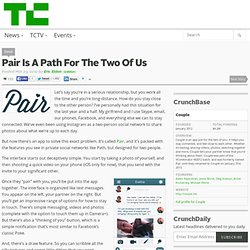 How do you stay close to the other person? I’ve personally had this situation for the last year and a half. Music FAILS: But You Didn’t Even Signal and It Feels So Rough. At SERENITY - The I Ching. The Tibetan Book of the Dead. RSS: Your Social Media Monitoring Secret Weapon. Ever ended a workday and thought: “Whoa, what just happened?” 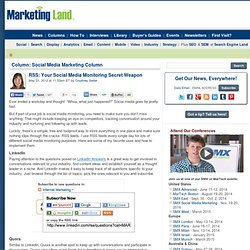 Social media goes by pretty fast. 15 Gorgeous Mobile UI Designs for Your Inspiration. Banjo App. Five New TechStars Startups Marketers and Media Should Know. Don't Let Your Startup Make These Design Mistakes. Last week at State of the Startup, a monthly event in NY (which I co-hosted) focused on the latest trends in the startup world, Behance cofounder and Chief of Design Matias Corea gave a talk about the design mistakes startups make, which then erupted into a discussion between the audience and his team. Now, we’re here to share the gems (and slides) with you. Designers who code Opening the talk, which followed Dan Maccarone‘s look at the problem with stealing bad ideas, Corea shared his strong opinions on designers who code, or what he calls “how to efficiently waste resources in your startup.”

He explains his reasoning below: The Private Market Network. Competitors. Startup Fundraising Platform ProFounder Shuts Its Doors. ProFounder, a startup that offered entrepreneurs ways to raise money for their startups and ideas, is shutting its doors, according to an announcement on the company’s site today. ProFounder, which is the brainchild of Kiva co-founder Jessica Jackley and fellow Stanford Business School alum Dana Mauriello, allowed entrepreneurs to share a percentage of their revenues with investors (their friends, family, and community) over time in exchange for an investment. Private Investing Network CapLinked Passes $20B In Deal Rooms; Debuts Pro Accounts. CapLinked, the LinkedIn-meets-Salesforce for private investing, is launching new pro subscription accounts to help users raise capital and network with investors and companies. The startup is also announcing that it has topped $20 billion in total deals hosted on the site.

As we’ve written in the past, CapLinked launched to allow entrepreneurs to raise capital and sell or buy assets, manage and contact investor prospects, centralize document flow on a secure platform and connect with new investors, advisors and companies. Pair. Pair. Home. Mobile app startups are failing like it’s 1999. Stop the madness The long cycle times for developing mobile apps have led to startup failures that look more like 1999 – it’s like we’ve forgotten all the agile and rapid iteration stuff that we learned over the last 10 years. I Ching.