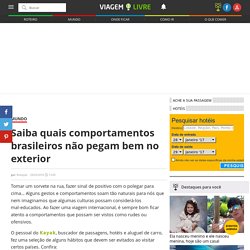 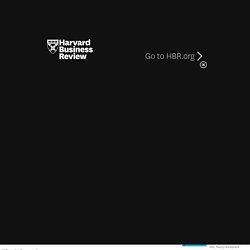 How do you brainstorm ideas, make decisions, and address conflict in a way that is comfortable for everyone? Which culture’s preferences should be the default? And how can you be sure that people who aren’t from the dominant culture participate and are heard? What the Experts Say Multicultural meetings can be tricky to lead. “People bring their cultural baggage with them wherever they go—and that includes the workplace,” says Jeanne M. Be mindful of differences… The key to showing cultural sensitivity in the workplace is “being aware” of the variations that exist among cultures and how those differences play out, according to Molinsky. …But don’t obsess over them And yet, says Molinsky, “sometimes culture matters, sometimes it doesn’t, and you can’t always anticipate” how cultural differences play out.

Principles to Remember. Travel News & Info - Theneeds. Emotional Intelligence Doesn’t Translate Across Borders. One of the greatest assets we have as natives of a culture is our ability to quickly “read” another person’s emotions. 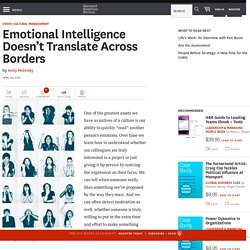 Over time we learn how to understand whether our colleagues are truly interested in a project or just giving it lip service by noticing the expression on their faces. We can tell when someone really likes something we’ve proposed by the way they react. And we can often detect motivation as well: whether someone is truly willing to put in the extra time and effort to make something happen, just by seeing the fire in their eyes or the passion in their voice. The problem, of course, comes when we cross cultures and venture into a completely different world of emotional expression. Emotions vary tremendously across cultures — both in terms of their expression and their meaning. Take, for example, the expression of enthusiasm. Tour du monde de l'humour. How To Do Business Around The World - Business Insider. Cultural Coaching: Knowing When to Shut Up - Erin Meyer.

By Erin Meyer | 10:00 AM January 14, 2014 Anyone who’s spent time in another culture will be aware that the norms and assumptions around conducting meetings are a minefield. 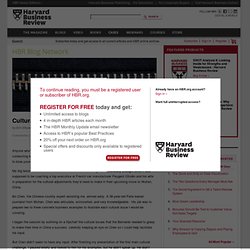 But while you can easily accept that in theory, you may have to blow yourself up to really get the point. My big lesson in how not to conduct a multicultural meeting came, ironically enough, when I was supposed to be coaching a top executive at French car manufacturer Peugeot Citroën and his wife in preparation for the cultural adjustments they’d need to make in their upcoming move to Wuhan, China. Bo Chen, the Chinese country expert assisting me, arrived early. A 36-year-old Paris-based journalist from Wuhan, Chen was articulate, extroverted, and very knowledgeable. I began the session by outlining on a flipchart the cultural issues that the Bernards needed to grasp to make their time in China a success, carefully keeping an eye on Chen so I could help facilitate his input. But Chen didn’t seem to have any input. Etiquette, Country Etiquette, Manners for Global Travelers, Country Etiquette Guide, Etiquette Dos and Don\'ts, Social Etiquette, Manners Abroad.

Thinking of giving a clock as a gift in Hong Kong? 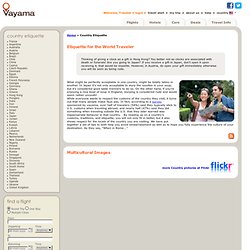 You better not as clocks are associated with death or funerals! Are you going to Japan? If you receive a gift in Japan, don't open it upon receiving it, that would be impolite. However, in Austria, do open your gift immediately otherwise you will be seen as being rude. What might be perfectly acceptable in one country, might be totally taboo in another.