What I Learned From 4 Years Working at McDonald's

Sex and Gender 2. 'Women are just better at this stuff': is emotional labor feminism's next frontier? We remember children’s allergies, we design the shopping list, we know where the spare set of keys is. 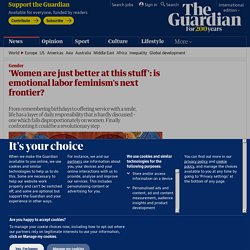 We multi-task. We know when we’re almost out of Q-tips, and plan on buying more. We are just better at remembering birthdays. We love catering to loved ones, and we make note of what they like to eat. We notice people’s health, and force friends and family to go see the doctor. Social Construction Of The Body: The Nipple - Sociology Source.

History. 18 Major Moments In Hispanic History That All Americans Need To Know. P & D Hate Microaggressions. Sex Trafficking/Tourism. Ignoring the Cause of Welfare: Not Laziness but Low Wages. Numerous US media outlets recently uncritically echoed a methodologically flawed report by an anti-immigration organization with ties to white supremacist groups (FAIR.org, 9/4/15). 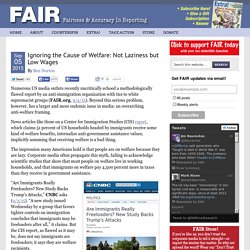 Beyond this serious problem, however, lies a larger and more endemic issue in media: an overarching anti-welfare framing. News articles like those on a Center for Immigration Studies (CIS) report, which claims 51 percent of US households headed by immigrants receive some kind of welfare benefits, internalize anti-government assistance values, implicitly assuming that receiving welfare is a bad thing. Science shows gender neutral toys empower children, and possibly society at large.

The days of pink and blue toy aisles may soon be a thing of the past, as toy manufacturers and big-box retailers move to eliminate gendered toy marketing. 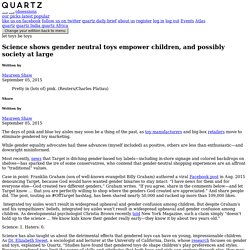 While gender equality advocates hail these advances (myself included) as positive, others are less than enthusiastic—and downright misinformed. Most recently, news that Target is ditching gender-based toy labels—including in-store signage and colored backdrops on shelves—has sparked the ire of some conservatives, who contend that gender-neutral shopping experiences are an affront to “traditional” values. Case in point: Franklin Graham (son of well-known evangelist Billy Graham) authored a viral Facebook post in Aug. 2015 denouncing Target, because God would have wanted gender binaries to stay intact: “I have news for them and for everyone else—God created two different genders,” Graham writes.

11 ways white America avoids taking responsibility for its racism. I am white. 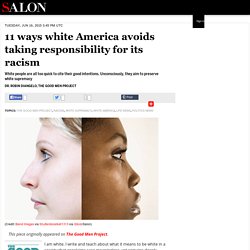 I write and teach about what it means to be white in a society that proclaims race meaningless, yet remains deeply divided by race. One Tweet Shows the Hypocrisy of the Media's Reaction to Riots in Baltimore. For up-to-date information about the escalating situation in Baltimore, see Mic's coverage here. 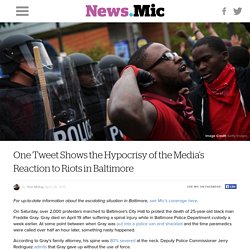 On Saturday, over 2,000 protesters marched to Baltimore's City Hall to protest the death of 25-year-old black man Freddie Gray. Gray died on April 19 after suffering a spinal injury while in Baltimore Police Department custody a week earlier. At some point between when Gray was put into a police van and shackled and the time paramedics were called over half an hour later, something nasty happened. According to Gray's family attorney, his spine was 80% severed at the neck. Deputy Police Commissioner Jerry Rodriguez admits that Gray gave up without the use of force.

Since then, thousands of people have taken to the streets every day to demonstrate against the fate that befell Freddie Gray and countless other people who have been killed by police in America. Portraits Of Transgender Children Reveal “The Person They Feel They Really Are" Racism in real estate: Landlords, redlining, housing values, and discrimination. Photo by Spencer Platt/Getty Images. 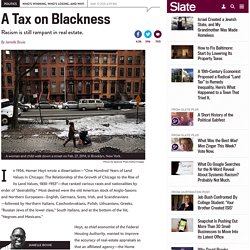 Why White People Freak Out When They're Called Out About Race. Stop me if you’ve heard this one. 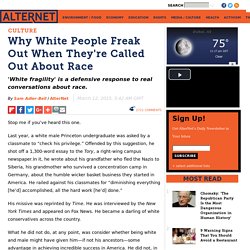 Last year, a white male Princeton undergraduate was asked by a classmate to “check his privilege.” Challenging Gender Identity: Biologists Say Gender Expands Across A Spectrum, Rather Than Simply Boy And Girl. The sex designation of your brain and body may not be as black and white as scientists have believed it to be. 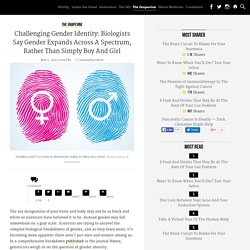 Instead gender may fall somewhere on a gray scale. Scientists are trying to unravel the complex biological breakdowns of gender, and as they learn more, it’s becoming more apparent there aren’t just men and women among us. In a comprehensive breakdown published in the journal Nature, geneticists weigh in on the question of gender identity. “The main problem with a strong dichotomy is that there are intermediate cases that push the limits and ask us to figure out exactly where the dividing line is between males and females,” biology sex expert Arthur Arnold at the University of California, Los Angeles, told Nature. Fully Equipped Village Allows Dementia Patients To Lead Normal, Independent Lives. A Dutch village allows patients with dementia to live their lives normally while also receiving proper care. 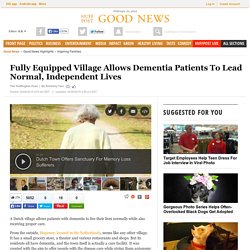 From the outside, Hogewey, located in the Netherlands, seems like any other village. It has a small grocery store, a theater and various restaurants and shops. But its residents all have dementia, and the town itself is actually a care facility. It was created with the aim to offer people with the disease care while giving them autonomy in their lives. 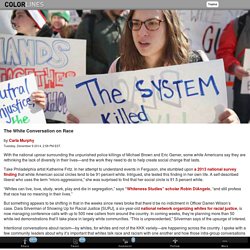 With the national uproar surrounding the unpunished police killings of Michael Brown and Eric Garner, some white Americans say they are rethinking the lack of diversity in their lives—and the work they need to do to help create social change that lasts. Take Philadelphia artist Katherine Fritz. In her attempt to understand events in Ferguson, she stumbled upon a 2013 national survey finding that white American social circles tend to be 91 percent white.