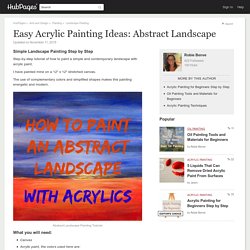 I have painted mine on a 12" x 12" stretched canvas. The use of complementary colors and simplified shapes makes this painting energetic and modern. How to Paint an Abstract Landscape with Acrylics Want to paint a landscape? Try several thumbnail drawings with horizontal shapes of different values, you’ll see how they all read as landscapes. Start Your Painting on a Tinted Canvas It is much easier to start painting on a tinted canvas. I used a canvas that I had painted with the colors left on my palette at the end of another painting session, and it worked out fine for this project. Some unevenness in the background paint is fine, it will add some texture to the painting.

Where to Place the Horizon Line. The Top 100 Documentaries We Can Use to Change the World. By Films For Action / filmsforaction.org Documentaries have an incredible power to raise awareness and create transformative changes in consciousness both at the personal and global levels. 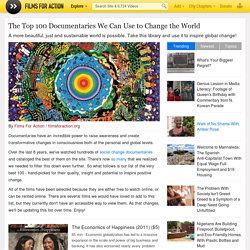 Over the last 8 years, we've watched hundreds of social change documentaries and cataloged the best of them on the site. There's now so many that we realized we needed to filter this down even further. So what follows is our list of the very best 100 - hand-picked for their quality, insight and potential to inspire positive change. All of the films have been selected because they are either free to watch online, or can be rented online. These are the 50 hottest fintech companies in Europe. Half of them are based in London Fintech - financial technology - is the segment of the tech scene that’s got traditional banks quaking in their boots. 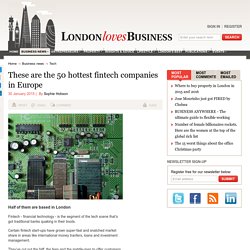 Certain fintech start-ups have grown super-fast and snatched market share in areas like international money tranfers, loans and investment management. They’ve cut out the faff, the fees and the middle-men to offer customers easier, cheaper services - and they’re accelerating at an astonishing pace as a result. How To Bring Silicon Valley To Asia: TechNode Demoday Panel. As the consumer market expands, China is a country capable of both under-serving and over-saturating its tech hungry markets.

While eastern city hubs see a slowdown in smartphones and laptops, third tier cities are fast consumers of new services and products. At the same time, China’s regional neighbors Japan and South Korea boast high-speed connections, but smaller populations. So how do we go about approaching such a complex market? Despite having common ground as global tech hubs, the Chinese ecosystem and Silicon Valley are like night and day. How should investors approach China? We put these questions to our panelists at our Technode Demoday on September 25th in San Francisco Gary Gong, Executive Vice President of the Institute for Information Industry, Chen Zhao, head of Plug & Play China, and James Jung, CEO of Besuccess shared their ideas on the current status of Asian startups.

Why should global companies invest in the Asian market? James Jung: Korea is fast in customer service. Smartphone Upcycling Gains Momentum In China As Users Trade Phones Every 18 Months. If you are one of those hardware fans who’s always itching to get the latest device whenever there’s a new update, you’ll probably have one of those junk drawers spewing out tentacles of wires and gadgets that are covered in dust. 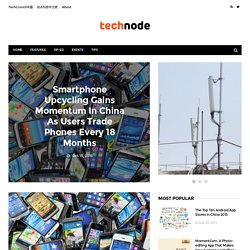 Among them, a bunch of old smartphones — sound familiar? That’s exactly the case with many Chinese citizens as the country’s smartphone market is reaching saturation. China now boasts a total of 1.14 billion mobile users, according to data from the Ministry of Industry and Information Technology. The country’s smartphone shipment number stood at around 425 million in 2014, while there were only 56.98 million newly added mobile subscribers in the same year. The gap between these figures indicates that nearly 400 million old smartphones were discarded per year. Researches show that Chinese smartphone users change their smartphones once every 29-months in 2011, but the period has been shorted to 18 months now.

Wearables: How Are They Helping Customers Shop Better? Apple’s Home App For HomeKit Said To Include Virtual Rooms, Apple TV Hub. Apple is thought to be gearing up to launch HomeKit soon, likely in time for WWDC next month. 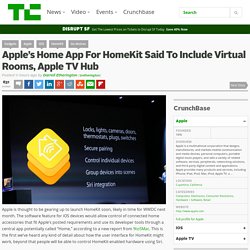 The software feature for iOS devices would allow control of connected home accessories that fit Apple’s posted requirements and use its developer tools through a central app potentially called “Home,” according to a new report from 9to5Mac. This is the first we’ve heard any kind of detail about how the user interface for HomeKit might work, beyond that people will be able to control HomeKit-enabled hardware using Siri. In addition to indicating that there will be a user-facing app called ‘Home’ to control HomeKit features, 9to5Mac details some of the abilities said app will find. It sounds a bit like a version of the AirPort app currently available on iOS devices, but with more direct control of accessories connected to the network.