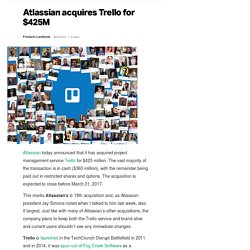 The vast majority of the transaction is in cash ($360 million), with the remainder being paid out in restricted shares and options. The acquisition is expected to close before March 31, 2017. Mobile is eating the world. Klaxoon: Cross-­Device Learning Platform. Klaxoon | published november 10th 2015 Named a CES 2016 Innovations Software and Mobile Apps Honoree, the new Klaxoon interactivity tool radically changes the way businesses and educational institutions present, collaborate, and share knowledge. 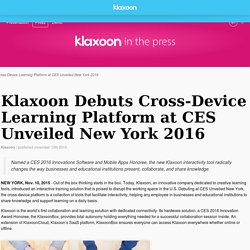 Today, Klaxoon, an innovative company dedicated to creative learning tools, introduced an interactive training solution that is poised to disrupt the working space in the U.S. Debuting at CES Unveiled New York, the cross-device platform is a collection of tools that facilitate interactivity, helping any employee in businesses and educational institutions to share knowledge and support learning on a daily basis. Top Hacks from a PM Behind Two of Tech's Hottest Products. Todd Jackson was in a small conference room with a handful of designers, engineers and Mark Zuckerberg. 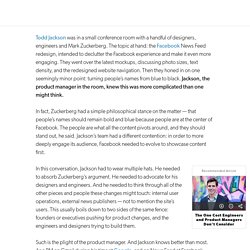 The topic at hand: the Facebook News Feed redesign, intended to declutter the Facebook experience and make it even more engaging. They went over the latest mockups, discussing photo sizes, text density, and the redesigned website navigation. 5 Hard Questions to Ask Yourself During a Conflict. Software Inventory. By Joel Spolsky Monday, July 09, 2012. 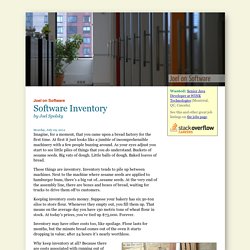 Get One Thing Right. A lot of brands don’t make it because in the process of trying to get many things right, they don’t get anything right. 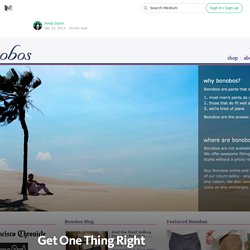 Why are they in such a hurry? A great brand is a privilege, and it’s a privilege best earned through an item, not through a collection. Designers and merchants and founders think about collections. Consumers think about items. Designers and merchants and founders think about one-stop shops. Le « deep learning », une révolution dans l'intelligence artificielle. Cette technologie d'apprentissage, basée sur des réseaux de neurones artificiels, a complètement bouleversé le domaine de l'intelligence artificielle en moins de cinq ans. 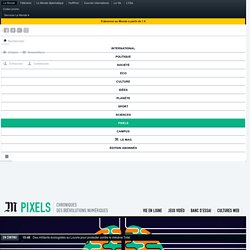 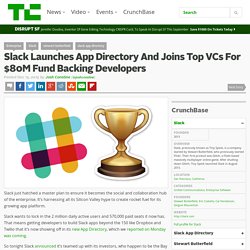 It’s harnessing all its Silicon Valley hype to create rocket fuel for its growing app platform. Slack wants to lock in the 2 million daily active users and 570,000 paid seats it now has. That means getting developers to build Slack apps beyond the 150 like Dropbox and Twilio that it’s now showing off in its new App Directory, which we reported on Monday was coming. Sad Foursquare :( By Michael Carney On March 11, 2015 With SXSW fast approaching, it seems clear that Meerkat will be the belle of this year’s new product ball. 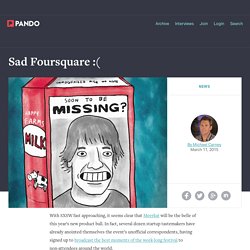 In fact, several dozen startup tastemakers have already anointed themselves the event’s unofficial correspondents, having signed up to broadcast the best moments of the week-long festival to non-attendees around the world. But while this is great news for the team behind Meerkat, which is at the very earliest stages of what could be an exciting growth story, at the same time it forces us to consider the sad state of one SXSW darling of years gone by.

27/03 - Amazon Cloud Drive. A tale of two viewports. Page last changed today In this mini-series I will explain how viewports and the widths of various important elements work, such as the <html> element, as well as the window and the screen. 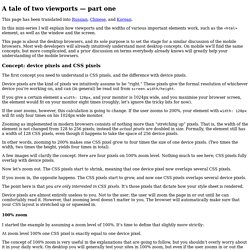 This page is about the desktop browsers, and its sole purpose is to set the stage for a similar discussion of the mobile browsers. Most web developers will already intuitively understand most desktop concepts. On mobile we’ll find the same concepts, but more complicated, and a prior discussion on terms everybody already knows will greatly help your understanding of the mobile browsers. The first concept you need to understand is CSS pixels, and the difference with device pixels. Upworthy. But how did they do it? 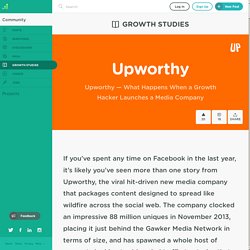 In part one of this analysis we break down how Upworthy grew from a political news engine into one of the world’s fastest growing media companies. In part two, we take a look at the risks to their model and dissect whether Upworthy will suffer the fate of other viral sensations driven off the back of Facebook, or if they’ve got an engine of sustainable growth that will make them the new model for successful media companies. According to Adam Mordecai, Upworthy’s Editor-at-Large, “Anyone who says they can make anything go viral is probably a snake oil salesman or really naive.” [2] 26/02 - Sans Bullshit Sans. 20/02 - stripe/bitcoin. 17/02 - “omnipotent” hackers tied to NSA hid for 14 years—and were found at last. CANCUN, Mexico — In 2009, one or more prestigious researchers received a CD by mail that contained pictures and other materials from a recent scientific conference they attended in Houston.

17/02 - Flash Drives Replace Disks at Amazon, Facebook, Dropbox. SAN JOSE, CALIFORNIA — If you drive south from San Jose until the buildings are few and far between, exit the highway, and take a quick left, you’ll find a data center occupied by some of the biggest names on the web. 02/02 - Raspberry Pi 2. The Raspberry Pi Foundation is likely to provoke a global geekgasm today with the surprise release of the Raspberry Pi 2 Model B: a turbocharged version of the B+ boasting a new Broadcom BCM2836 900MHz quad-core system-on-chip with 1GB of RAM – all of which will drive performance "at least 6x" that of the B+. Speaking to The Register last week, foundation head honcho Eben Upton said: "I think it's a usable PC now. 19/06 - Introduction to Scrum in 7 Minutes. 09/02 - Hello HTTP/2. 27/01 - Local IP Adress with javascript. 14/01 - Google Domains Launches in U.S. 13/01 - Growth Hacker Launches a Media Company.