The breakfast cafe where customers don't have to pay. Image copyright Phil Coomes It's a normal morning at a busy north-east London cafe. 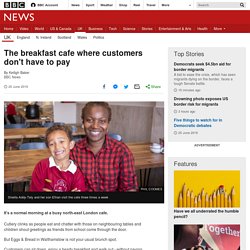 Cutlery clinks as people eat and chatter with those on neighbouring tables and children shout greetings as friends from school come through the door. But Eggs & Bread in Walthamstow is not your usual brunch spot. 5 best brainstorming apps. Vacasa partners with Wayfair to offer interior design services. 中國超火「共享廚房」：餐廳駐店包位置、營運、行銷職，這營運模式怎麼賺錢？ 【我們為什麼挑選這篇文章】現下什麼品牌都要外賣，原因就在外賣市場規模不斷增加，使得就連星巴克這種大型連鎖品牌也得與阿里巴巴合作，進入外賣市場。 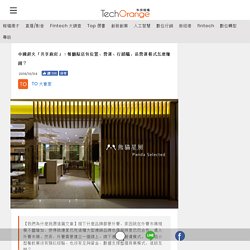 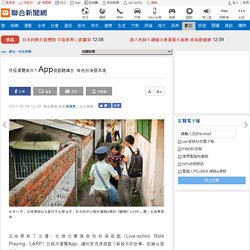 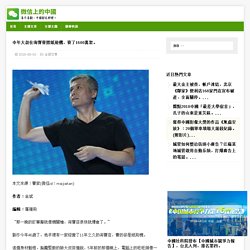 Putting you in the picture: yes, you can earn a living on Instagram. Some seemingly ordinary people are getting paid thousands of pounds to post on Instagram, the photo-sharing app. 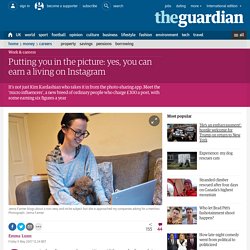 But are these Insta-celebs just publicity-seeking pouters, or is posting a credible – and ethical – way to make money? People of a certain vintage might wonder what we’re talking about, so here’s the basics: Instagram is a social networking app for sharing photos and videos, either on a smartphone or desktop computer. Similar to Facebook or Twitter, users create a profile and post content with captions and hashtags (using the # sign). The Plane Offers a Balancing Act For Standing Desk Users. The Level by Fluidstance made an immediate and lasting impression the first time we stepped onto the active standing balance board back in 2015 at Dwell On Design (a demo which earned an enthusiastic, “SO FUN”). 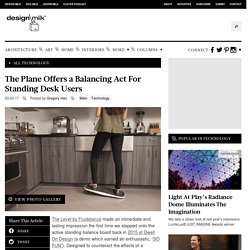 Designed to counteract the effects of a sedentary lifestyle, the company’s line of balance boards – previously available in two bamboo and aluminum versions – is marketed primarily at standing desk users. Their latest and most affordable model, The Plane, joins the Fluidstance catalog as their smallest and most affordable option. Just a tad shorter and less wide than its two predecessors, The Plane is constructed in the United States from recycled plastic and reclaimed tire rubber, offering the same challenge of constant and varied motion in all three dimensions when standing upon its slightly wobbly ride.

VIDEO: Extruded plastic sourced from 100% post-industrial recycled materials is shown being pressed into a mold to create the base of The Plane. Why Indian chefs are playing with their food. Monetize Your Camera Roll With Recently's New Feature. The startup turning smartphone shots into monthly magazines is now going beyond the personal photo album. 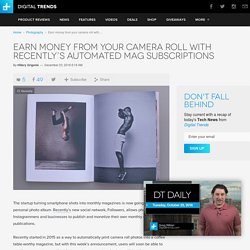 Recently’s new social network, Followers, allows photographers, Instagrammers and businesses to publish and monetize their own monthly or quarterly publications. Recently started in 2015 as a way to automatically print camera roll photos into a coffee table-worthy magazine, but with this week’s announcement, users will soon be able to use the program to monetize photographs or promote a business. Using the new platform, businesses or individuals can privately invite their followers to subscribe to their magazine or add a public link to their social media and web pages. eMeals Partners with Instacart to Help You Cook at Home. The time to make New Year’s resolutions is right around the corner, and if you’re resolving to cook more and go out less in 2017, there’s a new partnership that just may help you keep your word. 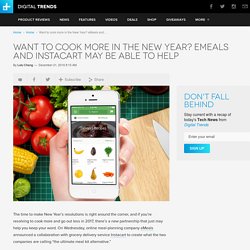 On Wednesday, online meal-planning company eMeals announced a collaboration with grocery delivery service Instacart to create what the two companies are calling “the ultimate meal kit alternative.” By integrating meal planning with simplified grocery shopping, eMeals and Instacart hope they’ll help folks across the nation eat healthier at home, while also allowing them to save on their two most valuable resources — time and money. 【可以安心捐款了】群眾集資平台 GoFundMe 保障退款機制，想被騙還真有點困難. 【為什麼我們挑選這篇文章】群眾募資平台 GoFundMe 宣布實施保障機制，讓捐款人及受益人能在一定的金額中全額退款或補償全數金額，除了讓捐款者的愛心不被不當利用，也保護受益方能完整收到捐助金。 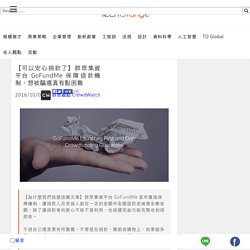 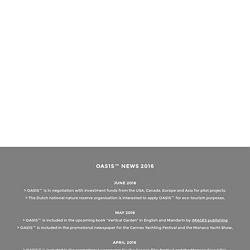 一片Pizza，96%的良心純度，夠不夠美味？ No Boundaries. A Mega-Investor's 6 Best Marketing Tips for Social Businesses and Nonprofits. A major challenge for any business is finding the best and most effective ways to market itself. When your business is mission-driven, whether that be through a social business, non-profit status or otherwise, there is the added complexity of not only educating potential customers on services and products, but also the purpose and the drive behind the organization. With these unique challenges, I wanted to uncover the best way for mission-driven businesses and nonprofits to market with a major impact.

So I turned to Stephen Lee, the founder of ChariPick, a unique app-driven charity platform that allows people to give $1 a day to high quality non-profits and charitable organizations. Prior to founding ChariPick, Lee worked at Fortune 500 companies, private-equity firms and hedge funds. As an active investor, he has reviewed more than 1,000 business plans. Retailers swallow online food cost to lock in shoppers. O2O營銷模式. 出自 MBA智库百科( O2O營銷模式(Online To Offline) 解密“快时尚”餐厅的成功之道：外婆家与绿茶 - 资讯 - i黑马网. 来源：环球企业家 一盘份量十足的麻婆豆腐，只要三元钱。 外婆家的服务员每天都会被问道：“会赔钱吗?” 在物价、人力快速上涨的背景下，大多餐饮公司都只能被迫涨价，但吴国平在杭州创办的中餐连锁餐厅外婆家却成为行业中的价格杀手。 2 Degrees Food. *Now That Everyone’s Got A Smartphone, We Need Apps That Serve Low-Income Groups. There are one million apps in Apple’s app store.

They fulfill all manner of needs, real and imagined. The family who built a cafe just for their son. A cafe in the Philippines is giving disabled people in the area a chance to succeed in life and break down stigma in the process. Jose Canoy was 12 when his family realised that he would no longer do well in school. He has autism, and his family began to understand that, unlike other kids his age, Jose was never going to write an essay on history or memorise the planets in the solar system.

His brain just didn't work that way and he wasn't being given much support at school. His mother, Girlie, always saw Jose's autism as a positive force and says it brought her family closer. When it became clear that Jose was autistic, she wasn't disappointed, but when she told her friends they looked at her with pity. Coffee on the Wall. Coffee on wall I sat with my friend in a well-known coffee shop in a neighboring town of Venice (Italy), the city of lights and water.

As we enjoyed our coffee, a man entered and sat at an empty table beside us. He called the waiter and placed his order saying, ‘Two cups of coffee, one of them there on the wall.’ A Friar's Life: A cup of coffee on the wall. NOTE: This was sent to me by a friend today. What a wonderful story and wouldn't it be great to get something similar going in all of the places where we live. What a beautiful spirit of care and generosity. - FT. EU Embraces 'Suspended Coffee': Pay It Forward With A Cup Of Joe.

Don't know exactly what it does, a cheap mini computer for learning programming languages ? Cheap gadgets for educational purposes serving the under-privileged. Can the model apply to cheep window tablets from China ? – yywong