Anne Enright. Our privacy promise The New Yorker's Strongbox is designed to let you communicate with our writers and editors with greater anonymity and security than afforded by conventional e-mail. 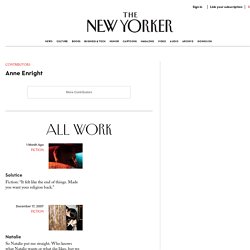 Strongbox is designed to be accessed only through a “hidden service” on the Tor anonymity network, which is set up to conceal both your online and physical location from us and to offer full end-to-end encryption for your communications with us. This provides a higher level of security and anonymity in your communication with us than afforded by standard e-mail or unencrypted Web forms. The Expanse. Krista Tippett - Wikipedia. Krista Tippett (née Weedman, born November 9, 1960[1][2]) is an American journalist, author, and entrepreneur. 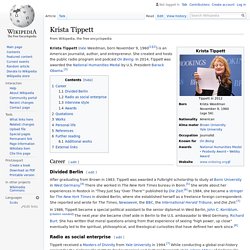 She created and hosts the public radio program and podcast On Being. In 2014, Tippett was awarded the National Humanities Medal by U.S. President Barack Obama.[3] Career[edit] Divided Berlin[edit] In 1986, Tippett became a special political assistant to the senior diplomat in West Berlin, John C. Radio as social enterprise[edit] Tippett received a Masters of Divinity from Yale University in 1994.[7] While conducting a global oral-history project for the Collegeville Institute for Ecumenical and Cultural Research at St. Tippett first proposed a show about religion to Minnesota Public Radio in the late 1990s. 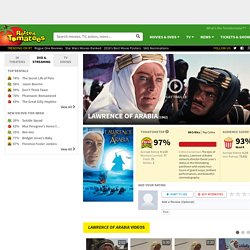 E. Lawrence (Peter O'Toole, in the role that made him a star). After a prologue showing us Lawrence's ultimate fate, we flash back to Cairo in 1917. A bored general staffer, Lawrence talks his way into a transfer to Arabia. Once in the desert, he befriends Sherif Ali Ben El Kharish (Omar Sharif, making one of the most spectacular entrances in movie history) and draws up plans to aid the Arabs in their rebellion against the Turks. Rottentomatoes. Hero is two-time Academy Award nominee Zhang Yimou's directorial attempt at exploring the concept of a Chinese hero. 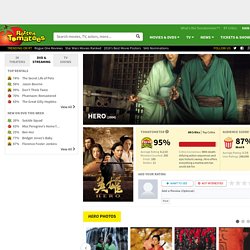 During the peak of their Warring States period, China was divided into seven kingdoms all fighting for supremacy. Most determined to dominate China was the kingdom of Qin, whose king (Chen Daoming) was wholly obsessed with becoming the first emperor of China. Though he was an assassination target for many, none of his would-be killers inspired as much fear as the legendary assassins Broken Sword (Tony Leung), Flying Snow (Maggie Cheung), and Sky (Donnie Yen). In hopes of thwarting his death, the king has promised endless wealth and power to anyone who defeats his would-be murderers. No results come until ten years later, when a man called Nameless (Jet Li) brings the weapons of the three assassins to the Qin king's palace. Rottentomatoes. The conformist is 1930s Italian Marcello Clerici (Jean-Louis Trintignant), a coward who has spent his life accommodating others so that he can "belong. 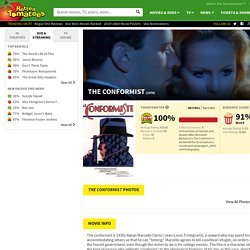 " Marcello agrees to kill a political refugee, on orders from the Fascist government, even though the victim-to-be is his college mentor. The film is a character study of the kind of person who willingly "conforms" to the ideological fashions of his day. In this case, director Bernardo Bertolucci suggests that Marcello's desire to conform is rooted in his latent homosexuality. In addition to its strong storyline, the film is critically revered for the astonishing production design by Nedo Azzini, which, together with Vittorio Storaro's camerawork, recreates the atmosphere of Fascist Italy with some of the most complex visual compositions ever seen on film, filled with highly stylized uses of angles, shapes, and shadows. Rottentomatoes. Manhattan (1979)