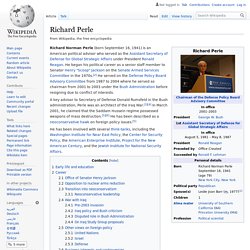 He began his political career as a senior staff member to Senator Henry "Scoop" Jackson on the Senate Armed Services Committee in the 1970s.[2] He served on the Defense Policy Board Advisory Committee from 1987 to 2004 where he served as chairman from 2001 to 2003 under the Bush Administration before resigning due to conflict of interests. A key advisor to Secretary of Defense Donald Rumsfeld in the Bush administration, Perle was an architect of the Iraq War.[3][4] In March 2001, he claimed that the Saddam Hussein regime possessed weapons of mass destruction.[5][6] He has been described as a neoconservative hawk on foreign policy issues.[5] Early life and education[edit] Perle earned a B.A. in International Politics in 1964 from the University of Southern California. 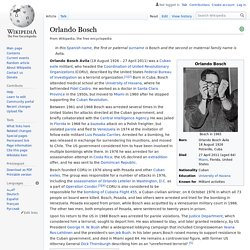 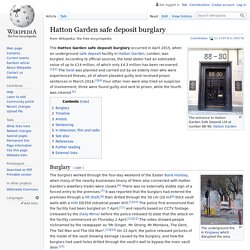 According to official sources, the total stolen had an estimated value of up to £14 million, of which only £4.3 million has been recovered.[1][2] The heist was planned and carried out by six elderly men who were experienced thieves, all of whom pleaded guilty and received prison sentences in March 2016.[3][4] Four other men were also tried on suspicion of involvement; three were found guilty and sent to prison, while the fourth was cleared.[5] Burglary[edit] 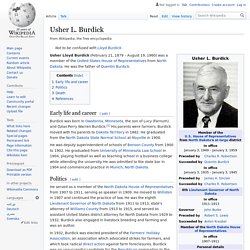 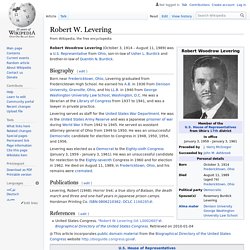 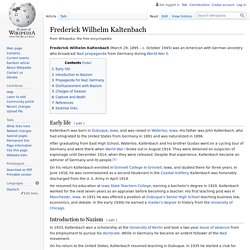 October 1945) was an American with German ancestry who broadcast Nazi propaganda from Germany during World War II. Early life[edit] Marcial Maciel. Jose Mª Arizmendiarrieta, MONDRAGON Corporation. Nothing differentiates people as much as their respective attitudes to the circumstances in which they live. 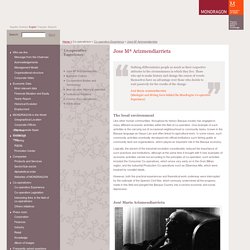 Those who opt to make history and change the course of events themselves have an advantage over those who decide to wait passively for the results of the change. José María Arizmendiarrieta (Ideologist and driving force behind the Mondragón Co-operative Experience) The local environment Like other human communities, throughout its history Basque society has engaged in many different economic activities within the field of co-operation. George W. Romney. American business executive and politician Initially a front runner for the Republican nomination for President of the United States in the 1968 election, he proved an ineffective campaigner and fell behind Richard Nixon in polls. 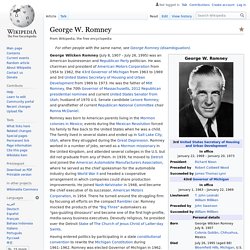 After a mid-1967 remark that his earlier support for the Vietnam War had been due to a "brainwashing" by U.S. military and diplomatic officials in Vietnam, his campaign faltered even more and he withdrew from the contest in early 1968. Black Hand (extortion) A New York Police Department wanted poster for Black Hand activity, 1910 Black Hand (Italian: Mano Nera) was a type of Italian extortion racket. 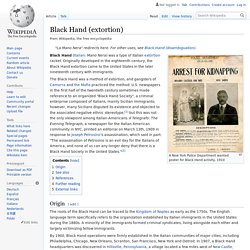 Originally developed in the eighteenth century, the Black Hand extortion came to the United States in the later nineteenth century with immigrants. The roots of the Black Hand can be traced to the Kingdom of Naples as early as the 1750s. The English language term specifically refers to the organization established by Italian immigrants in the United States during the 1880s. A minority of the immigrants formed criminal syndicates, living alongside each other and largely victimizing fellow immigrants. On occasion, criminals used violence against law enforcement officials who battled Black Hand schemes. The Black Hand, article by Jon Black at GangRule.com. 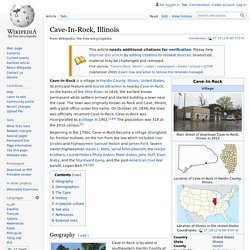 Great Lakes passenger steamers. The history of commercial passenger shipping on the Great Lakes is long but uneven. It reached its zenith between the mid-19th century and the 1950s. As early as 1844, palace steamers carried passengers and cargo around the Great Lakes. By 1900, fleets of relatively luxurious passenger steamers plied the waters of the lower lakes, especially the major industrial centres of Chicago, Milwaukee, Detroit, Cleveland, Buffalo, and Toronto. History[edit] Spoonville site. United States historic place In 1856, John Spoon and his brother, Daniel, arrived in this location and constructed a sawmill. Eventually a small town, Spoonville, grew up around the site, and in 1871, was established as a station on the Chicago and Michigan Lake Shore Railroad.

Savitri Devi. Proponent of Nazism and Ecological Activist Savitri Devi Mukherji (born Maximiani Julia Portas, French: [mak.si.mja.ni pɔʁ.tɑ]; 30 September 1905—22 October 1982) was a French-born proponent of Nazism who served the Axis powers by committing espionage on the forces of the Allies of World War II in India.[1][2][3] She was later a leading member of the Nazi underground during the 1960s.[1][3][4] Savitri was a proponent of a synthesis of Hinduism and Nazism, proclaiming Adolf Hitler to have been sent by Providence, much like an avatar of the Hindu god Vishnu.[5] She believed Hitler was a sacrifice for humanity which would lead to the end of the Kali Yuga induced by the Jews, who she felt were the powers of evil.[3] Savitri was an associate in the post-war years of Françoise Dior,[10] Otto Skorzeny,[10] Johann von Leers,[10] and Hans-Ulrich Rudel.[10] She was also one of the founding members of the World Union of National Socialists.[2] Early years[edit] Nazism[edit] World War II[edit]

John Dee. John Dee (13 July 1527 – 1608 or 1609) was a mathematician, astronomer, astrologer, occultist, imperialist[5] and adviser to Queen Elizabeth I. He devoted much of his life to the study of alchemy, divination and Hermetic philosophy. In his lifetime Dee amassed one of the largest libraries in England. His high status as a scholar also allowed him to play a role in Elizabethan politics. He served as an occasional adviser and tutor to Elizabeth I and nurtured relationships with her ministers Francis Walsingham and William Cecil. Edward Kelley. English alchemist. Inês de Castro. Boston Brahmin. Members of the Boston upper-class society. Latifa bint Mohammed Al Maktoum (II) Shamsa Al Maktoum. The First Amendment Encyclopedia. Charles H. Charles Keating. American businessman Charles Humphrey Keating Jr.