Amazon has censored part two of my 'Killing Free Speech' documentary. Get the latest BPR news delivered free to your inbox daily. 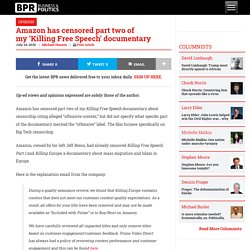 SIGN UP HERE. Op-ed views and opinions expressed are solely those of the author. "Hate Speech" Is Still Free Speech: I Was Charged & Convicted In Austria For Speaking The Truth About Islam. Elisabeth Sabaditsch-Wolff, married and mother of a daughter, is an Austrian human rights and anti-sharia activist. 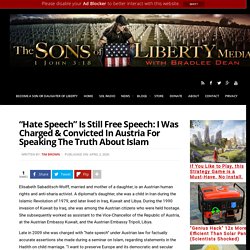 A diplomat’s daughter, she was a child in Iran during the Islamic Revolution of 1979, and later lived in Iraq, Kuwait and Libya. During the 1990 invasion of Kuwait by Iraq, she was among the Austrian citizens who were held hostage. She subsequently worked as assistant to the Vice-Chancellor of the Republic of Austria, at the Austrian Embassy Kuwait, and the Austrian Embassy Tripoli, Libya. Late in 2009 she was charged with “hate speech” under Austrian law for factually accurate assertions she made during a seminar on Islam, regarding statements in the Hadith on child marriage.

“I want to preserve Europe and its democratic and secular values. Student calls security on PragerU visitors; cops crush his hopes, give him PRICELESS lesson on free speech. A left-wing student attempted to target a “PragerU” table on the Cal State LA campus, and even went as far as to phone campus security. 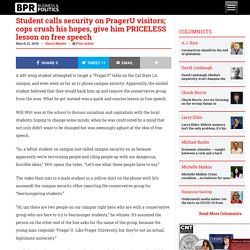 Apparently, the misled student believed that they would back him up and remove the conservative group from the area. What he got instead was a quick and concise lesson in free speech. Reporter suspended on Twitter for telling the truth about protected leftist. Carlos Maza is an unpleasant gay pundit who attacks people of the right and was able to get a right-wing comedian Steven Crowder de-monetized on youtube after he called Maza what he calls himself. 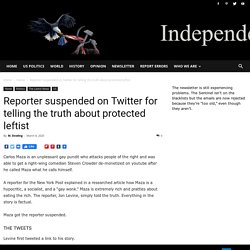 A reporter for the New York Post explained in a researched article how Maza is a hypocritic, a socialist, and a “gay wonk.” Maza is extremely rich and prattles about eating the rich. The reporter, Jon Levine, simply told the truth. Everything in the story is factual. Maza got the reporter suspended. Appeals Court Rules Against PragerU in Google Censorship Case. The Ninth Circuit Court of Appeals announced this week that it has upheld a district court ruling dismissing PragerU’s federal case against Google and YouTube. 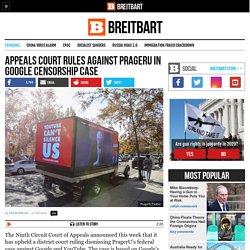 The case is based on Google’s censorship of PragerU videos on YouTube. A press release from PragerU states that the U.S. Ninth Circuit Court of Appeals has upheld a district court ruling dismissing PragerU’s federal case against Google and its video hosting platform YouTube. This decision comes six months after the court heard arguments from PragerU’s attorneys appealing the lower court’s decision. Breaking News: Owen Shroyer Released From Jail, Charges Dropped. Limited Advanced Release Whether you're a first time fish oil user, or you're looking to improve your supplement routine, Ultimate Fish Oil is the perfect supplement for you! 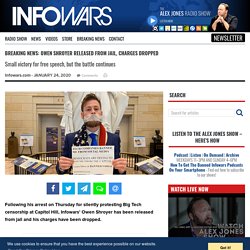 Premium quality vitamin D3 nutritional supplement that delivers a powerful 2,000 IU per dose. Iranian Regime Blocks Internet Access as Protests Continue. The Iranian regime once again blocked Internet access on Monday in an effort to control mass protests after the ayatollah’s troops shot down a civilian airliner and attempted to cover up the crime. 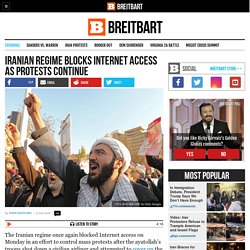 The First Amendment says nothing about “separation of church and state” or a “wall of separation between church and state.” Where did this idea come from? Is it really part of the law? Warning: count(): Parameter must be an array or an object that implements Countable in /usr/home/web/newseum/freedomforuminstitute.org/www/wp-content/plugins/q-and-a-focus-plus-faq/inc/functions.php on line 250 Although the words “separation of church and state” do not appear in the First Amendment, the establishment clause was intended to separate church from state. 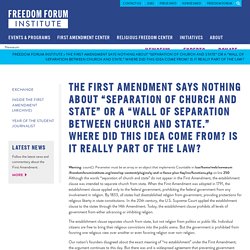 When the First Amendment was adopted in 1791, the establishment clause applied only to the federal government, prohibiting the federal government from any involvement in religion. By 1833, all states had disestablished religion from government, providing protections for religious liberty in state constitutions. In the 20th century, the U.S. Singapore 'Fake News' Law Sparks Rare Censorship Fears. After three years of non-stop demands for Silicon Valley to censor “fake news” and “misinformation,” mainstream journos now worry that foreign governments are using the same labels to demand censorship of their critics — and that Facebook is listening. 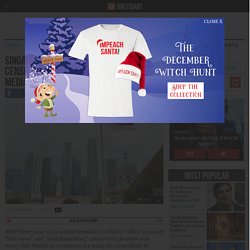 Earlier in the week, it was reported that the government of Singapore has begun to make use of its law against “fake news,” which Breitbart News first reported on in April. The law, titled the “Protection from Online Falsehoods and Manipulation Act,” was recently invoked to remove a Facebook post from a publisher that was critical of the ruling government. 'Freedom of Expression Has Limits!' – Merkel Rails Against Free Speech. Chancellor Angela Merkel railed against free speech in the German parliament, declaring that freedom of expression which offends “the dignity of other people” must be censored to secure a truly free society. 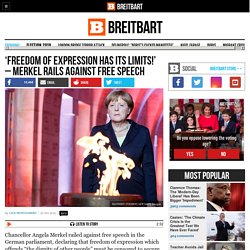 “We have freedom of expression,” the migrant crisis architect began dubiously, in a speech to the German federal parliament, or Bundestag, uploaded to social media by state broadcaster Deutsche Welle (DW). “For all those who claim that they can no longer express their opinion, I say this to them: If you express a pronounced opinion, you must live with the fact that you will be contradicted. Expressing an opinion does not come at zero cost!” She warned ominously, to applause from the assembled politicians. “But freedom of expression has its limits. Actor Rob Schneider fires off compelling rant about who decides: 'Free Speech is ALL speech' Actor Rob Schneider took to Twitter over the weekend to make a passionate stand for free speech, saying that “you are either for ALL of it or… you are for none of it.”

“Sorry to have to repeat this again: Free Speech is ALL speech. Even the speech that you find repugnant. You are either for ALL of it or… you are for none of it. We don’t need people deciding FOR us what to think, see or hear. Watch: University of Michigan Student Destroys Turning Point USA Recruiting Table. Student members of Turning Point USA were once again harassed at their college for espousing conservative views. The latest incident, which follows a series of instances of harassment and intimidation against conservatives across the country, happened last week at the University of Michigan, where a student approached TPUSA members and began stealing all of their supplies, completely disrupting their recruiting drive. A large portion of the incident was caught on video by University of Michigan senior and TPUSA chapter president Austin McIntosh. Try again, buddy: 'Why America needs a hate speech law' author unconvincing. Op-ed views and opinions expressed are solely those of the author.

The United States Constitution’s first amendment provides protections for freedom of speech, including but not limited to what others deem “hate speech.” MSNBC analyst and former government official Richard Stengel recently penned an op-ed for The Washington Times discussing exactly why we need to do away with such expansive freedom and begin punishing “hateful speech that can cause violence by one group against another.”

Muslim Former Obama Official and MSNBC Analyst Calls for "Hate Speech Law"... Questions Why 1st Amendment Allows Burning The Koran. It’s hard to believe that someone who is supposed to be a news analyst wouldn’t take the time to understand America’s First Amendment before writing an op-ed for The Washington Post displaying a complete lack of understanding of why we should always fight for free speech even if we don’t agree with it. EVEN IF WE DONT AGREE WITH IT! Richard Stengel is a Muslim former Obama administration official who “endorsed the creation of a hate speech law” while working in the State Department. He’s another Obama official who has followed a career path similar to so many other Obama officials.

He’s a political analyst on MSNBC, but he still hasn’t grasped the idea of free speech in a free society. Go figure. Update: Controversial Lexington mural spray-painted over. LEXINGTON, Ky. (AP) - Update 10:30 p.m. Sister station WKYT reports the controversial mural was partially painted over. A mural with an expletive message directed at President Donald Trump was completed Monday in downtown Lexington. Facebook shouldn't be political speech police. After Kamala Harris Called For Banning Trump's Twitter, Watch Greg Gutfeld Embarrass Her - Subject: Politics. Kamala Harris Calls on Twitter CEO to Ban President Trump. Senator Harris is calling for Twitter to silence President Trump after he tweeted that he believes impeachment efforts are actually “a coup” meant to take away the power of the American people, as well as their vote, freedoms, Second Amendment, religion, military, border wall, and God-given rights.