The Health Benefits of White Tea vs. Green Tea. Whether it’s for antioxidants, anti-aging, weight loss, or some other goal, all of the hype centers around teas that are green. 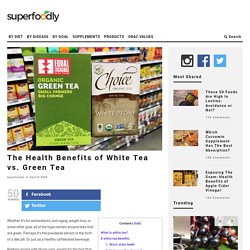 Perhaps it’s the powdered extract in the form of a diet pill. Or just as a healthy caffeinated beverage. Nothing wrong with those uses, except for the fact that the ivory-colored version may be equally suitable – if not better – for certain things. What is white tea? All types of caffeinated tea come from the Camellia sinensis plant. Here at Superfoodly, this is the brand we like.

The reason white tea is called white is because the beverage has almost no color. These are what “Silver Needle” buds look like, which is considered to be the highest grade. Since there is no “official” definition as to how white tea is made, what you get can vary by brand and country of origin. In order to stop the browning, most farmers will use light steaming to turn off the oxidase enzyme. 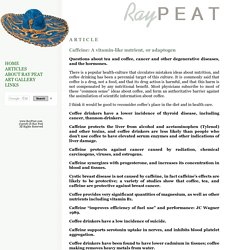 There is a popular health-culture that circulates mistaken ideas about nutrition, and coffee drinking has been a perennial target of this culture. It is commonly said that coffee is a drug, not a food, and that its drug action is harmful, and that this harm is not compensated by any nutritional benefit. Most physicians subscribe to most of these “common sense” ideas about coffee, and form an authoritative barrier against the assimilation of scientific information about coffee. I think it would be good to reconsider coffee’s place in the diet and in health care. Coffee drinkers have a lower incidence of thyroid disease, including cancer, thannon-drinkers. Caffeine protects the liver from alcohol and acetaminophen (Tylenol) and other toxins, and coffee drinkers are less likely than people who don’t use coffee to have elevated serum enzymes and other indications of liver damage.

J. . © Ray Peat 2006. Top 7 Benefits of Green Tea + Green Tea Recipes. You’ve probably heard a lot about the health benefits of drinking tea, especially the benefits of green tea, considered by many to be the ultimate “anti-aging beverage.” 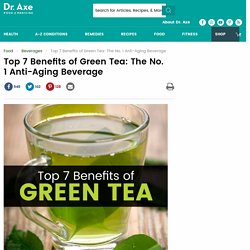 In Okinawa, Japan — one of the world’s “Blue Zones” that’s associated with longevity —drinking green tea daily is considered “essential.” (1) A popular practice is sipping on a combination of steeped green tea leaves, jasmine flowers and a bit of turmeric throughout the day. According to a report published in the Journal of the American College of Nutrition, “Tea is the most consumed drink in the world after water.” (2) What is green tea good for? What is Matcha Green Tea? Benefits vs. Lead and Radiation. Unless you’ve been living under a rock, you’ve definitely noticed this new craze. 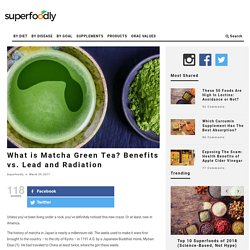 Or at least, new in America. The history of matcha in Japan is nearly a millennium old. The seeds used to make it were first brought to the country – to the city of Kyoto – in 1191 A.D. by a Japanese Buddhist monk, Myōan Eisai (1). He had traveled to China at least twice, where he got these seeds. Now what the Zen monks made was surely a far cry from today’s uses for matcha powder.

Equally guilty are the folks who lie to themselves, believing their pancakes or no bake matcha cheesecake recipe qualifies for superfood status. Photo by Mira Pangkey (Flickr: 3454637525) [CC BY 2.0] Ditto for Nestle’s flavored Kit Kats on Amazon, which are imported from Japan. Let’s get back to the roots of the traditional tea, what benefits it might offer you (facts vs. hype), and how you can avoid its dirty secret.

Depending on the source, it might be laced with dangerous levels of lead and other heavy metals. White Tea Benefits Brain, Oral & Reproductive Health. By now, you’ve probably heard all about the benefits of green tea. 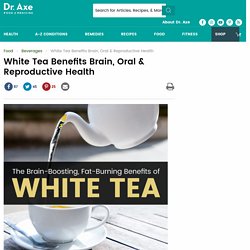 A cup or two per day is said to lower your blood pressure, alleviate inflammation, reduce the risk of heart disease and even give your memory a boost. 10 Impressive Benefits of White Tea. Insulin is an incredibly important hormone. 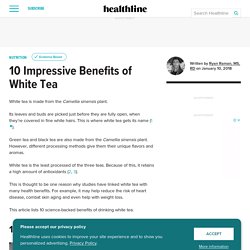 It helps move nutrients from the bloodstream into the cells to be used or stored for later. However, as a result of several factors, including high sugar consumption, some people stop responding to insulin. This is called insulin resistance. Sadly, insulin resistance is very common and is linked to many chronic health conditions, including type 2 diabetes, heart disease and metabolic syndrome (). Interestingly, studies have found that polyphenols like the ones in white tea may lower your risk of insulin resistance (). Animal studies have found that EGCG and other polyphenols found in white tea may enhance the effects of insulin and prevent high blood sugar levels ().