Copy of Cahier des charges : Etau à translations multiples by projet itec on Prezi. ENGLISH-FOR-TECHIES - TECHNICAL VOCABULARY. A Design and Technology Site. Modeling Requirements with SysML: How modeling can be useful to better define and trace… - Requirements Engineering Magazine. This article will explore in depth the specific constructs proposed by SysML (as compared to UML) to model both requirements and traceability. 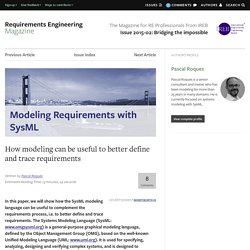 We will see how the Requirement diagram enables the capture of requirements hierarchies and derivations, and how the “satisfy” and “verify” relationships allow a modeler to relate a requirement to either a design element that satisfies it or a test case that verifies it. We will also give practical recommendations on how to best use these particular modeling constructs. 1. What is SysML? 1. In all domains, those building complex systems have already been modelling for a long time: to harness complexityto reduce risksto communicate. SysML™ is a general-purpose graphical modeling language for specifying, analyzing, designing and verifying complex systems that may include hardware, software, information, personnel, procedures and facilities. 2. 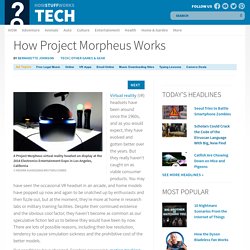 But they really haven't caught on as viable consumer products. You may have seen the occasional VR headset in an arcade, and home models have popped up now and again to be snatched up by enthusiasts and then fizzle out, but at the moment, they're more at home in research labs or military training facilities. Despite their continued existence and the obvious cool factor, they haven't become as common as our speculative fiction led us to believe they would have been by now. There are lots of possible reasons, including their low resolution, tendency to cause simulation sickness and the prohibitive cost of the better models. But conditions have changed. Now a major company is jumping into the VR arena. Read on to find out from whence this electronic marvel came. The Design and Technology Association of the World. World Association of Technology Teachers. 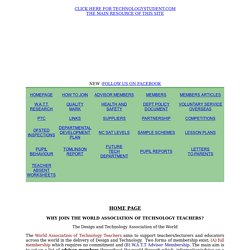 Two forms of membership exist; (A) full membership which requires no commitment and (B) W.A.T.T Advisor Membership. The main aim is to set up a list of advisor members throughout the world through which information/advice on a range of technologies can be sought. Many websites only have links to other sites, this association is different in that it allows advisor members to list their email address and details of their technology specialities / interests or technology websites. Anyone can browse the list of advisor members, with the aim of seeking advice regarding a technology specialism. Membership is not limited to teachers but is open to schools, departments, company membership and other interested individuals. 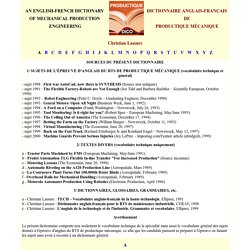 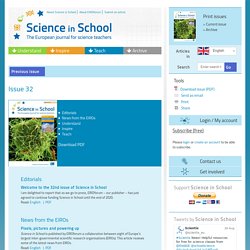 News from the EIROs Pixels, pictures and powering up Science in School is published by EIROforum a collaboration between eight of Europe’s largest inter-governmental scientific research organisations (EIROs). Understand Infectious cancers Is it possible to pass cancer from one individual to another? Colour to dye for The basic chemistry of hair dyes has changed little over the past century, but what do we know about the risks of colouring our hair, and why do we do it?

Ebola in numbers: using mathematics to tackle epidemics Discovering how infectious diseases spread may seem purely a matter for medical science – but taking a close look at the numbers can also tell us a great deal. Inspire.