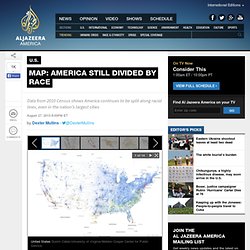 The map, created by Dustin Cable at the University of Virginia, is made up of over 308 million dots that are separated by race – one for each person included in the April 2010 U.S. Census. "If we put all the dots together, what we end up with is a striking mosaic of the racial demographic of the country," Cable told Al Jazeera. "Even if segregation is better then what it was, it doesn't mean we no longer have to worry about it. " The map seperates every person by race: white Americans are blue dots, African-Americans are green, latino Americans are orange, Asian-Americans are red, and other races such as Native American are brown.

The map comes at an interesting time for the United States. Joining Teaching Sociology Google Group. 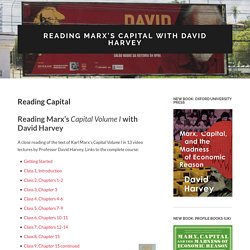 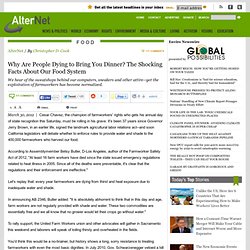 Join our email list: Stay up to date with the latest headlines via email. Cesar Chavez, the champion of farmworkers' rights who gets his annual day of state recognition this Saturday, must be rolling in his grave. It's been 37 years since Governor Jerry Brown, in an earlier life, signed the landmark agricultural labor relations act--and soon California legislators will debate whether to enforce rules to provide water and shade to the 400,000 farmworkers who harvest our food.

According to Assemblymember Betsy Butler, D-Los Angeles, author of the Farmworker Safety Act of 2012, "At least 16 farm workers have died since the state issued emergency regulations related to heat illness in 2005. Let's replay that: every year farmworkers are dying from thirst and heat exposure due to inadequate water and shade.

You'd think this would be a no-brainer, but history shows a long, sorry resistance to treating farmworkers with even the most basic dignities. A space to explore, share and shape the issues facing social scientists. The Sociological Cinema - Home. The Sociological Imagination. The Society Pages. Introducing Social Theory. Dead Sociologists Index. UnderstandingSociety. "Theory" in sociology. What is a sociological theory? 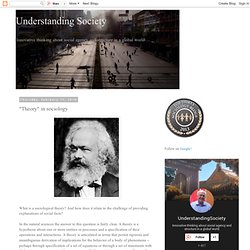 And how does it relate to the challenge of providing explanations of social facts? In the natural sciences the answer to this question is fairly clear. A theory is a hypothesis about one or more entities or processes and a specification of their operations and interactions. A theory is articulated in terms that permit rigorous and unambiguous derivation of implications for the behavior of a body of phenomena -- perhaps through specification of a set of equations or through a set of statements with deductive consequences. A theory may specify deterministic properties of a set of entities -- thus permitting point predictions about future states of the relevant system; or it may specify probabilistic relations among entities, giving rise to statements about the distribution of possible future states of the system.

Is there anything like this construct in the social sciences? Consider this taxonomy of the field of social knowledge-creation: ; link, link, link). Teaching Sociology Using The Wire? - The Sociological Cinema. SocioSite.