Digital user interface design. Beating Candy Crush Saga. Candy Crush Saga from King rules the top grossing charts because of several key elements: it is extremely accessibile, as you can play the game both on and offlineit has a low-entry barrierit takes full use of viralitythe graphics and the sounds of the game are both distinctive and weirdly appealingit has map based progress, which ensures relevancy for players who start the game even years apart So how can you, as a developer, beat this game? 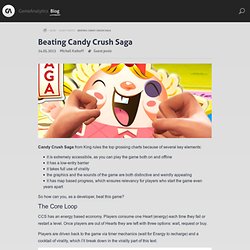 The Core Loop CCS has an energy based economy. Players consume one Heart (energy) each time they fail or restart a level. Players are driven back to the game via timer mechanics (wait for Energy to recharge) and a cocktail of virality, which I’ll break down in the virality part of this text. Players can skip the wait by sending requests or buying energy Overflow of Meaningful Virality. Red Bull<br />Race Challenge. Pricing. How does the free plan differ from the paid plans? 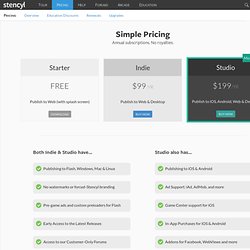 Our free plan lets you publish Flash games, with Stencyl branding displayed pre-game as a splash screen. It does not let you publish to Desktop, iOS or Android. Is there a free trial for paid features? Our free plan lets you test your game on all of our paid target platforms (iOS, Android, Desktop), so you can evaluate this functionality before buying. Why should I subscribe today rather than waiting until I publish my game? Subscribing today gives you access to our latest, customer-only releases, granting you the latest fixes and functionality for your games. What types of payment do you accept? 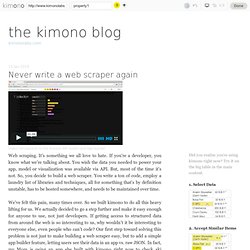 It's something we all love to hate. If you're a developer, you know what we're talking about. You wish the data you needed to power your app, model or visualization was available via API. But, most of the time it's not. So, you decide to build a web scraper. We've felt this pain, many times over. Sprite Database : Black Widow (Gray Suit) Download programs, games & drivers at Holyfile.com. Crossplatform Framework for NUI. Kivy App Contest 2014 How much Kivy is inside you? 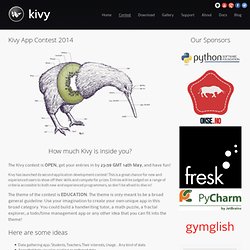 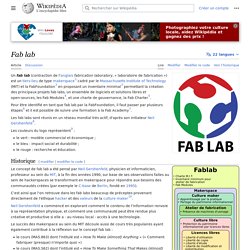 AbnormalActivity. Histogram of optical flows (HOFs) are used at each local region in the video frame. 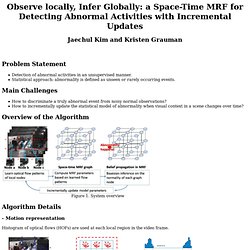 Figure 2. Histogram of optical flows - Learning of motion patter Mixture of probabilistic principal component analyzers (MPPCA) are adopted to encode HOF patterns at each local region. EM is used to learn the initial MPPCA model. Coding Fun. How to write computer games: tips from Gamecamp 4. May 2011 What happens when you get a couple of hundred gamers and game creators in a room and ask them to dream up their own conference? 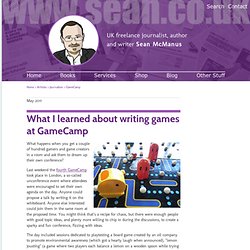 Last weekend the fourth GameCamp took place in London, a so-called unconference event where attendees were encouraged to set their own agenda on the day. Anyone could propose a talk by writing it on the whiteboard. Anyone else interested could join them in the same room at the proposed time. You might think that’s a recipe for chaos, but there were enough people with good topic ideas, and plenty more willing to chip in during the discussions, to create a sparky and fun conference, fizzing with ideas. There were lots of ideas and discussions on the day, but here are some of the things I learned about games and game writing: The story is important. Thanks to everyone who shared their ideas on the day. Making a 3D Game with OpenGL: Deferred shading and stuff  Lately OpenGL and C++ is pretty much the only thing I do for clients, mostly for installations and iPad apps.

And that’s gowning pretty well. But as a creative code guy, I pretty much stayed in our own tech subculture. But when it comes to cutting edge graphic techniques, we can learn a lot from those other guys, the game developers. So one sunny afternoon, I decided to do just that and I started to make my own 3D game from scratch. Indy Game Development: any GAF'er ever make their own game, or even make money on it? - Page 2. TL:DR - I worked on 3 games in high school, wore myself raw in college, been a hobbyist designer since; Programming GAF can skip to the last paragraph and give some advice if they feel awesome. 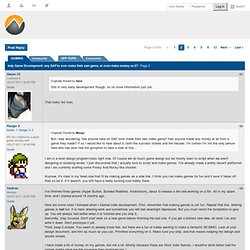 I met a programmer (and subsequently, found an artist) trolling AOL forums when I was in high school and ended up contributing to three shareware board games. The first, "Trinity" was a Triominoes clone, mac-only and more a test than anything, on which I provided some basic design work, lots of testing and all the sounds. The second, "Eternity", was a weird elemental-themed board game for Mac & PC; I did all of the sound, a lot of testing, and some 3-D 'victory' art when the player won. It was not as well received but still kind of interesting. Gaming Discussion. Relite - Création de jeux vidéo. Learn to code. [battle] Un jeu ça vous tente ? Le blog de quanticbladeproductions. The Game Creators - Make Your Own Game - Computer - Design and Making Software. Piq - online pixel art drawing app.

Program your first game! Forgotten Futures, The Scientific Romance Role Playing Game. How to develop a Firefox extension. There are more recent development guides in the add-ons section of the Mozilla Developer Network. 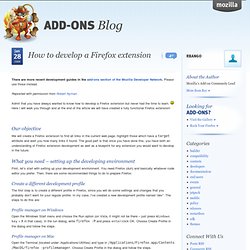 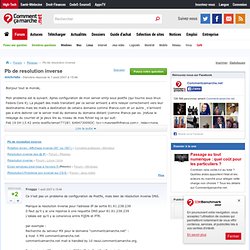 Featured Portfolio: Shunya Yamashita. Since I can't read Japanese, and all I can find are toy-related articles, it seems there's really only so much one can say about the notorious Shunya Yamashita. Like some of my favorite Heavy Metal artists, all he seems to draw is sexy nymphs. Sure, he'll draw the occasional big, badass dude, or as you can see above, the nymph with a big gun/hairdryer thing, but that's all part of Mr. Yamashita's appeal.