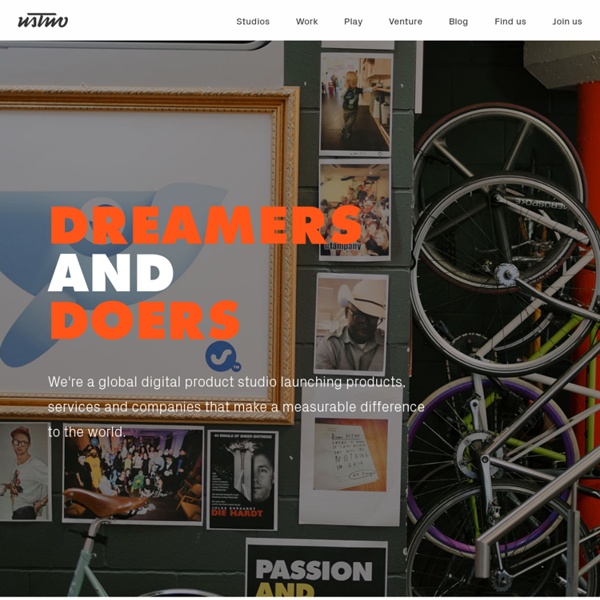 Beating Candy Crush Saga Candy Crush Saga from King rules the top grossing charts because of several key elements: it is extremely accessibile, as you can play the game both on and offlineit has a low-entry barrierit takes full use of viralitythe graphics and the sounds of the game are both distinctive and weirdly appealingit has map based progress, which ensures relevancy for players who start the game even years apart So how can you, as a developer, beat this game? The Core Loop CCS has an energy based economy. Julian Oliver: Critical Engineering I am a New Zealander, Critical Engineer and artist based in Berlin. My projects and the occassional paper have been presented at many museums, international electronic-art events and conferences, including the Tate Modern, Transmediale, Ars Electronica and the Japan Media Arts Festival. My work has received several awards, ranging from technical excellence to artistic invention and interaction design.

Pricing How does the free plan differ from the paid plans? Our free plan lets you publish Flash games, with Stencyl branding displayed pre-game as a splash screen. It does not let you publish to Desktop, iOS or Android. Is there a free trial for paid features? Our free plan lets you test your game on all of our paid target platforms (iOS, Android, Desktop), so you can evaluate this functionality before buying.

The Mega Super Awesome Visuals Company Memo Akten enquiries: info@memo.tv Subscribe to my low-traffic newsletter the kimono blog Web scraping. It's something we all love to hate. If you're a developer, you know what we're talking about. You wish the data you needed to power your app, model or visualization was available via API.

Interaction \/ Minivegas Studio We believe in creating content people can experience, interact with, and be moved by. In constantly experimenting with new technologies and placing computer programming on the same pedestal as creativity, we’re able to develop custom applications for projects that people can truly connect with. We’ve created interactive touch surfaces, immersive environments, interactive displays, real-time rendering animations, and social applications for a variety of clients, while continuing to explore new ways to create custom user experiences.

Crossplatform Framework for NUI Kivy App Contest 2014 How much Kivy is inside you? The Kivy contest is OPEN, get your entries in by 23:59 GMT 14th May, and have fun! Kivy has launched its second application development contest! This is a great chance for new and experienced users to show off their skills and compete for prizes. Dentsu London In 2002, mcgarrybowen was founded by three partners who held top leadership positions at some of the world's most accomplished advertising agencies. They founded mcgarrybowen on the belief that the agency should exist to serve clients, build brands, and grow businesses. Less than a decade later, their determination to hold true to this founding belief led mcgarrybowen to be named Agency of the Year by Advertising Age in 2009, and again by both Advertising Age and Adweek in 2011. Today, mcgarrybowen remains an independently operating agency network, built lean and smart to deliver the speed and unique thinking our clients rely on.

Moment Factory These levels define the degree to which a multimedia environment involves itself directly in a spectator's experience. Each level aims at a higher enhancement of reality. 1. Ambient Environment An environment that supports an event or performance. 2. Immersive Environment An environment that immerses the audience in a blend of light, image and sound. AbnormalActivity Histogram of optical flows (HOFs) are used at each local region in the video frame. Figure 2. Histogram of optical flows - Learning of motion patter Making a 3D Game with OpenGL: Deferred shading and stuff  Lately OpenGL and C++ is pretty much the only thing I do for clients, mostly for installations and iPad apps. And that’s gowning pretty well. But as a creative code guy, I pretty much stayed in our own tech subculture. But when it comes to cutting edge graphic techniques, we can learn a lot from those other guys, the game developers. So one sunny afternoon, I decided to do just that and I started to make my own 3D game from scratch. I wanted to write a blog-post when it was finished.

How to write computer games: tips from Gamecamp 4 May 2011 What happens when you get a couple of hundred gamers and game creators in a room and ask them to dream up their own conference? Last weekend the fourth GameCamp took place in London, a so-called unconference event where attendees were encouraged to set their own agenda on the day. Geo Data Logger: Arduino+GPS+SD+Accelerometer to log, time-stamp, and geo-tag sensor data UPDATES Oct 17, 2013: I have published a guide on using your Android phone to accomplish a similar task by leveraging your Android device's built in GPS and sensors. Feb 6, 2013: Featured on GeoAwesomeness Nov 24, 2012: Featured on Hackaday Nov 21, 2012: Featured by John Boxall @ Freetronics Nov 20, 2012: Featured on Dangerous Prototypes INTRODUCTION I thought it would be educational to build a prototype that I can take on the road to log, geo-tag, and time-stamp sensor data to be analyzed later with mapping and/or data analysis applications.