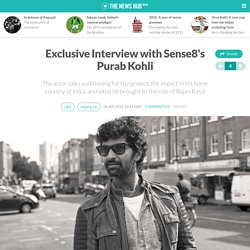 With its rich history, alluring landscape, and multitude of cultural and societal influences, it serves as an ideal backdrop for the series. Sense8 showcases diversity whilst simultaneously transcending it in the collective pursuit of oneness, and, it's this diversity (working in tandem with an aim for authenticity) that led to the casting of Bollywood legends like Anupam Kher and VJ/Model-turned actor Purab Kohli. First off, tell us about the audition process and what drew you to the project. Purab Kohli (PK): Every now and then there are films whose ideas blow the minds and fascinate an entire generation of people. 'The Matrix' did that to many Indians when it released here in the late 90's.

I was to be doing a promo circuit in the northern part of India that week and flew into Mumbai just for a few hours to meet them. (PK): Yes, very different. Jamie Clayton on Sense8‘s Trans Representation and Roles. During a panel at TCA today, Jamie Clayton (who plays Nomi on Sense8), spoke about how the sci-fi show was breaking new ground in that it’s one of the first shows (if not the first show) to feature a trans character whose story has nothing to do with the fact that she’s trans. 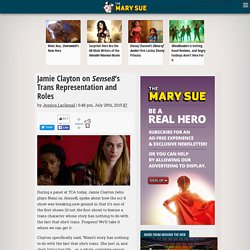 Progress! We’ll take it where we can get it. Clayton specifically said, “Nomi’s story has nothing to do with the fact that she’s trans. She just is, and she’s living her life… as a whole, complete person and no one cares that she’s trans — and they shouldn’t because she’s a human being.” Her being trans might inform the story, but it isn’t the story, if that makes sense. AM LIVE June 11, 2015: #Sense8; A Netxflix Series With A Kenyan Touch. Daryl Hannah: 'Sense8' Doesn't 'Pander to Low Intelligence' (INTERVIEW) From the beginning of her career in Blade Runner, to the mermaid in Splash, and her comedy turn in Memoirs of an Invisible Man, Daryl Hannah has earned her sci-fi cred. 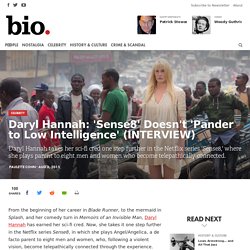 Now, she takes it one step further in the Netflix series Sense8, in which she plays Angel/Angelica, a de facto parent to eight men and women, who, following a violent vision, become telepathically connected through the experience. "The connectedness is an evolution through the whole series," Hannah tells Bio. "It evolves. It is not like by Episode 4, you will understand. Global Hangout with the cast of Sense8. 'Sense8' Co-Creator J. Michael Straczynski on How Netflix. When Indiewire spoke with J. 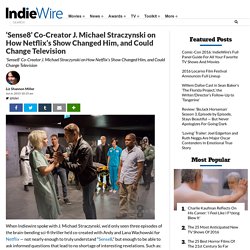 Michael Straczynski, we’d only seen three episodes of the brain-bending sci-fi thriller he’d co-created with Andy and Lana Wachowski for Netflix — not nearly enough to truly understand "Sense8," but enough to be able to ask informed questions that lead to no shortage of interesting revelations. Such as: How it wasn’t Lana’s idea for the transgender character of Nomi to be transgender, what Straczynski had learned from working with James Cameron, why the show has a five-year plan and how "Sense8" could be a game-changer for science fiction on television.

READ MORE: Watch: Netflix and The Wachowskis’ ‘Sense8’ Reveals 8 New Trailers, Teases Characters and Tells NothingSo I’ve gotten a little bit of backstory as to when the show came together, but I’m curious about when it first became a thing you wanted to do. I’ve known Lana and Andy for a number of years, and they actually were fans of "Babylon 5" and my comics work. 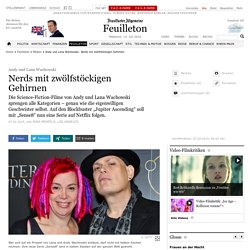 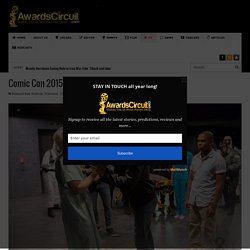 Michael Straczynski was any indication. The show which follows 8 individuals who become mentally linked allowed for interesting topics to be explored in a science fiction show. While you can hear the entire audio below, here are some quick highlights. -There’s no news on whether the show will be picked up for a second season, but we will find out within the next two weeks. For his part Straczynski said that him and the Wachowskis are not contemplating a plan B. -One of the most impressive things about the show is its epic nature. -Structurally this show isn’t like any TV show, and they wrote it as a 12 hour movie, with the first four episodes constituting Act One, the 2nd four as Act Two and the last four as Act 3. -Tom Tykwer, who did such a beautiful job with Cloud Atlas’ score, actually wrote all the music for the show before they shot a single scene.

The Wachowskis on Netflix's Sense8, global drama, and playing fair with the audience. In 2012 when the Wachowski siblings, Andy and Lana, first announced they were venturing into television in conjunction with J Michael Straczynski, the creator of sci-fi classic Babylon 5, initial reaction was cautiously excited. 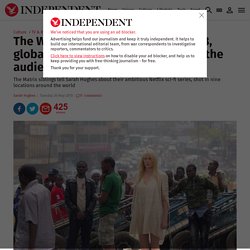 Then came news that the secretive project now named Sense8 and bought by Netflix, would be shooting in nine locations around the world, including London, Mumbai and Reykjavik, and using actors from each of those locations. It sounded intriguing, albeit insanely complicated. "There was a point in both the writing process and when we started to lay out the production calendar when we looked at each other and said: 'You know this is impossible right? '," says Straczynski of the 12-part series, which finally arrives on Netflix this June. #girlpower: Jade Dregorius, Sense8 Stunt Girl. Ever wondered what kind of person is doing all the cool stunts and performances in action movies? 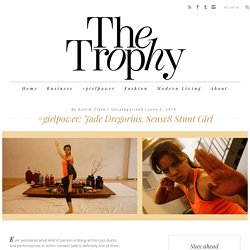 Jade is definitely one of them, which is all the more reason to love her new Netflix show Sense8. JADE is not just an über cool stunt girl. In her early teens, she was introduced to Buddhism and first taught by the fighting monk Grandmaster Shi Yan Lin. 'Sense8' stars on how series expanded their minds. By now, many viewers have watched Netflix’s incredible series “Sense8.” 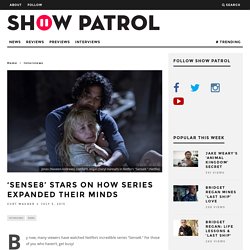 For those of you who haven’t, get busy! The series, from Lana and Andy Wachowski and J. Michael Straczynski, tells the stories of eight people from seven different countries who become psychically linked as “sensates.” They are able to share each other’s thoughts, feelings and abilities.