Why is Global Citizenship Important? Hi, this is my first post. 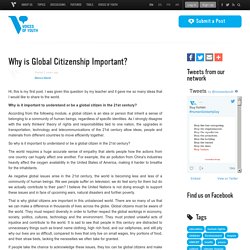 John Wooden Quotes (Author of Wooden) 40 Rare Motivational & Inspirational Picture Quotes. Successful Entrepreneurs Do These 8 Things Every Morning. We know it’s hard to get out from under the covers when the alarm goes off, but making the most of mornings is more important than you might think. 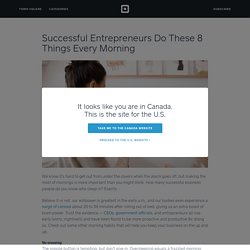 How many successful business people do you know who sleep in? Exactly. Believe it or not, our willpower is greatest in the early a.m., and our bodies even experience a surge of cortisol about 20 to 30 minutes after rolling out of bed, giving us an extra boost of brain power. Trust the evidence — CEOs, government officials, and entrepreneurs all rise early (sorry, nightowls) and have been found to be more proactive and productive for doing so. Kids Making a Difference - Booster. © 2015 Booster, LLC. 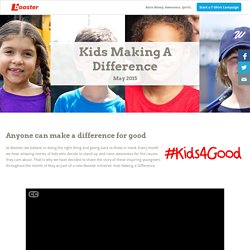 All rights reserved. CustomInk and the "Inky" octopus are trademarks of CustomInk, LLC. Anyone can make a difference for good At Booster, we believe in doing the right thing and giving back to those in need. Every month we hear amazing stories of kids who decide to stand up and raise awareness for the causes they care about. Kids Making a Difference - Booster. Youth4Education Offers Life-Changing Week of Self-Discovery. Apply for a Youth4Education Lead Activist Grant! 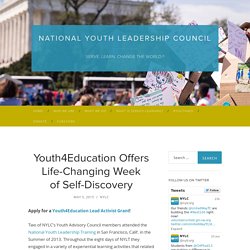 Two of NYLC’s Youth Advisory Council members attended the National Youth Leadership Training in San Francisco, Calif. in the Summer of 2013. Throughout the eight days of NYLT they engaged in a variety of experiential learning activities that related to real-world experiences, like the Achievement Gap and issues of social justice. Now all have the opportunity to experience this life-changing leadership training through the Youth4Education Lead Activist Grant. This grant provides recipients with the training, tools, and resources to implement a service-learning action plan addressing issues of education inequity. The Real Teens of Silicon Valley. “Do you know Zach Latta?”

Asked Fouad Matin, 19, on the roof of San Francisco’s unofficial tech teenager headquarters one recent night. Can ‘Mindfulness’ Help Students Do Better in School? “Mindfulness” has gotten a lot of buzz recently, with everyone from tech executives to professional athletes to lawmakers saying they use it to combat stress, stay balanced and perform better on the job. 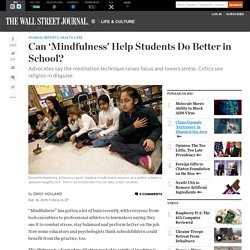 Now some educators and psychologists think schoolchildren could benefit from the practice, too. Mindfulness is a form of meditation rooted in spiritual teaching in which people focus their full attention on the present moment. 10 Ways to Stop Overthinking and Start Living. “Thinking has, many a time, made me sad, darling; but doing never did in all my life….My precept is, do something, my sister, do good if you can; but at any rate, do something.” 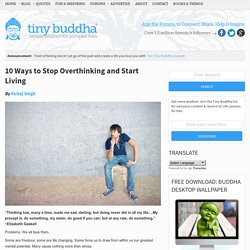 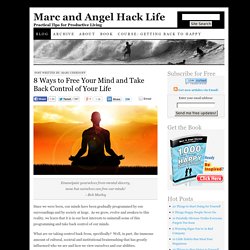 Inspirational quotes on posters. Scott Harrison: How Water Changes Everything. Last week, we were shooting a bunch of new videos at the studio. 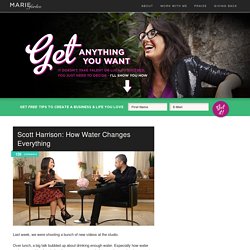 Over lunch, a big talk bubbled up about drinking enough water. Especially how water makes your skin glow, turbo charges your energy, helps you sleep and wake up easier, and keeps everything “flowing” if you know what I mean. So for the past week, my water consumption has been even higher than usual — and I gotta say, I feel amazing. Allow pupils to use Google in GCSE exams, says academic. The comments are likely to fuel the debate over public exams following repeated claims by teachers’ leaders that schoolchildren in Britain are already among the most tested in Europe. 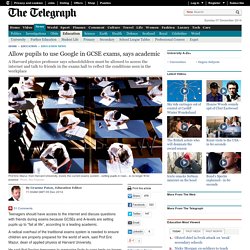 Earlier this year, Tony Little, the headmaster of Eton, insisted the UK education system was “peculiarly uninventive” and the country must row back from its tradition of “ritualised, mechanical” exams. But the comments were dismissed by one leading government adviser who insisted properly validated exams acted as a vital focus for pupils – as long as they are accompanied with a “broad and rich” curriculum. Speaking to the Times Educational Supplement, Prof Mazur said the entire exams system was geared towards learning to pass tests rather than applying knowledge. Allow pupils to use Google in GCSE exams, says academic. Pharrell Williams GQ Exclusive: The Making of G I R L.

5 Powerful Habits of Extraordinary Leaders. How to Boost Your Mental Toughness: Tips From a Spy.