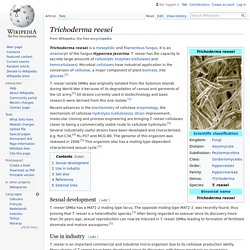 It is an anamorph of the fungus Hypocrea jecorina. T. reesei has the capacity to secrete large amounts of cellulolytic enzymes (cellulases and hemicellulases). Microbial cellulases have industrial application in the conversion of cellulose, a major component of plant biomass, into glucose.[1] Escherichia coli. Bacteria and Fungi Together: A Biofuel Dream Team? It is an obvious idea—in fact, it’s how nature disposes of trees after they die. 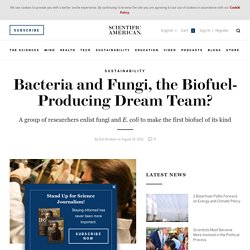 Yet before researchers at the University of Michigan tried it, no one had paired bacterium with fungus to make cellulosic biofuel. The team took Trichoderma reesei, a fungi widely known for its ability to efficiently decompose the non-edible parts of plants, plus a specially engineered strain of the bacteria Escherichia coli, and applied them both to a vat of dried cornhusks. After the fungi degraded the husks into sugars, the bacteria finished the job.

The result was isobutanol, a colorless, flammable liquid that researchers hope could one day replace gasoline. The idea behind all biofuels is that they suck the greenhouse gas carbon dioxide out of the environment before releasing it again when burned. 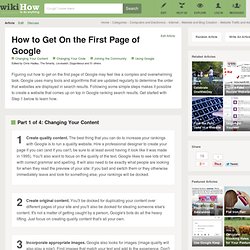 Google uses many tools and algorithms that are updated regularly to determine the order that websites are displayed in search results. Following some simple steps makes it possible to create a website that comes up on top in Google ranking search results. Project Hub - Spartanburg by Laney Alverson. Hey everyone! 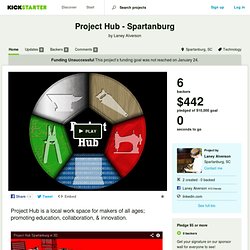 First of all, thank you for visiting our Kickstarter Campaign! Our space downtown will be located at 111 East Main Spartanburg, SC giving us ~25,000 sq. ft. with plenty of room to grow. We are accepting Kickstarter donations in order to build our classroom and purchase additional equipment. TechShop is America's 1st Nationwide Open-Access Public Workshop. IT/Technology/Web/Hardware/Etc.