Toilet training: what schools need to know. First, it’s sleeping through the night. 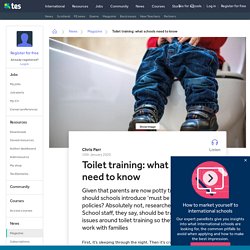 Then it’s crawling, followed swiftly by walking. Talking makes an appearance soon enough. Free Delivery, 365 Days Return. DIY Organic Make-Up Recipes. Every individual is perfect in their own way, but that doesn’t mean that occasionally you won’t feel the need for a rosy cheek, a smokey eye, or a glossy lip! 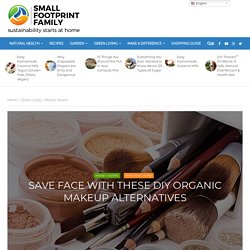 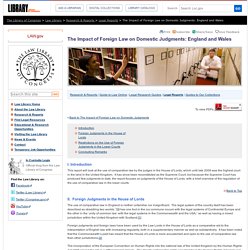 Introduction This report will look at the use of comparative law by the judges in the House of Lords, which until late 2009 was the highest court in the land in the United Kingdom. It has since been reconstituted as the Supreme Court, but because the Supreme Court has produced few judgments to date, the report focuses on judgments of the House of Lords, with a brief overview of the regulation of the use of comparative law in the lower courts. Scratch - Imagine, Program, Share. Information rights unit policyguidance followed by mps officers when removing a child to a place of safety. Ex-MP Harvey Proctor wins Met payout for false child abuse claims. The former Conservative MP Harvey Proctor has agreed a settlement with the Metropolitan police after being subject to false accusations of child abuse and murder, with reports putting the figure he is due to receive at £900,000. 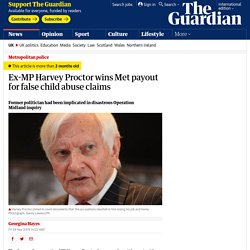 Proctor, whose home was raided as part of the disastrous Operation Midland investigation after fictitious claims made by Carl Beech, is to receive £500,000 in compensation from the Met plus nearly £400,000 towards his legal costs, according to the Daily Mail. Contact Us. Bringing public bodies to account. This is a post by Kate Wells a retired social worker, who sets out her views about the case of W (A Child) [2015] – an extra-ordinary judgment, both in its decision to refuse to make an adoption order and return W to her father’s care and also for the language used by the Judge to criticise the decision making of Judges, social workers AND the guardian. 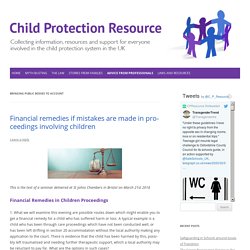 There is now an appeal lodged against this judgment and we will await further news. I hope you will see that I am not defending the LA social workers at all, and the Guardian was clearly lazy and incompetent.

Minimum temperature for school swimming pools. Scientists Uncover a Never-Before-Seen Type of Signal Occurring in The Human Brain. Scientists have discovered a unique form of cell messaging occurring in the human brain that's not been seen before. 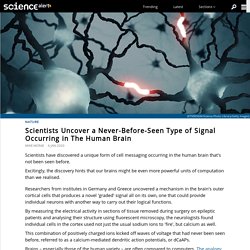 Parents with Mental Health Issues. PLEASE if you are feeling suicidal and you haven’t got anyone else you want to talk to, call the Samaritans. 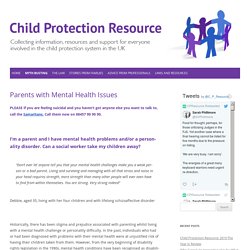 Call them now on 08457 90 90 90. I’m a parent and I have mental health problems and/or a personality disorder. Can a social worker take my children away? “Don’t ever let anyone tell you that your mental health challenges make you a weak person or a bad parent. What separation from parents does to children: 'The effect is catastrophic' This is what happens inside children when they are forcibly separated from their parents. 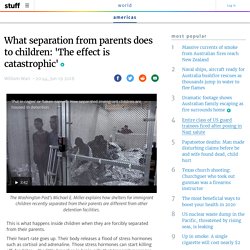 Their heart rate goes up. Their body releases a flood of stress hormones such as cortisol and adrenaline. Those stress hormones can start killing off dendrites - the little branches in brain cells that transmit messages. In time, the stress can start killing off neurons and - especially in young children - wreaking dramatic and long-term damage, both psychologically and to the physical structure of the brain. "The effect is catastrophic," said Charles Nelson, pediatrics professor at Harvard Medical School.

New approach to expert evidence in family proceedings. New rules come into force today which will mean judges can streamline proceedings in family courts by reducing the number of expert witnesses who have to give evidence. 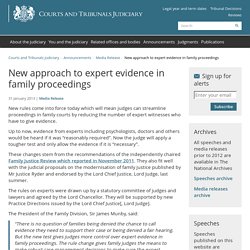 Up to now, evidence from experts including psychologists, doctors and others would be heard if it was “reasonably required”. Now the judge will apply a tougher test and only allow the evidence if it is “necessary”. These changes stem from the recommendations of the independently chaired Family Justice Review which reported in November 2011. They also fit well with the judicial proposals on the modernisation of family justice published by Mr Justice Ryder and endorsed by the Lord Chief Justice, Lord Judge, last summer.

Father Absence, Father Deficit, Father Hunger. According to the 2007 UNICEF report on the well-being of children in economically advanced nations, children in the U.S., Canada, and the U.K. rank extremely low in regard to social and emotional well-being. 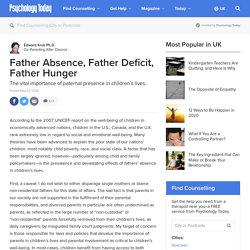 Many theories have been advanced to explain the poor state of our nations’ children: most notably child poverty, race, and social class. A factor that has been largely ignored, however—particularly among child and family policymakers—is the prevalence and devastating effects of fathers' absence in children’s lives. article continues after advertisement. Father-Absent Homes: Implications for Criminal Justice and Mental Health Professionals. The number of single-parent households in the United States has reached high levels in recent decades. As the extant literature suggests that children raised in single-parent households experience more physical and psychological problems compared to those raised in two-parent households, the implications of homes in which fathers are absent may be important to explore for criminal justice and mental health professionals.

The present article aims to examine the extant literature base on father-absent homes, seeking to provide a fair and balanced account of this phenomenon. Specifically, we highlight ten adverse outcomes associated with homes missing a father. Findings suggest that a negative developmental trajectory may result for children lacking a father in the home, albeit further research in this area is warranted. Please note: This article is part one of a two part series that focuses on the topic of parental absence. Parental absence predicts suicide ideation through emotional disorders.

George Kay died of a broken heart - We Are Fathers4Justice – The Official Campaign Organisation. Back to Latest News July 7th, 2019 George Kay died of a broken heart. NPR Choice page. Pathways to suicidal behaviour among adolescent girls in Nicaragua. Open this publication in new window or tab >>2006 (English)Doctoral thesis, comprehensive summary (Other academic) Abstract [en] In developed countries, suicidal behaviour is recognised as a significant public health problem among young people, but there are few studies from developing countries on this subject.

The present thesis aims at estimating the extent of the problem and at exploring factors related to suicidal behaviour among young people in a developing country, Nicaragua, using a combined quantitative and qualitative approach. PTSD in Military Veterans. For all too many, returning from military service means coping with symptoms of PTSD. But you’re not alone and there are many things you can do to start feeling better.

Understanding PTSD in veterans Are you having a hard time readjusting to life out of the military? Or do you constantly feel on edge, emotionally numb and disconnected, or close to panicking or exploding? May need to be cut to avoid burnout, family chief warns. Vulnerable children moved miles from home - report. Image copyright Getty Images About 30,000 children in care live outside their local area, with nearly 12,000 placed 20 miles or more from friends and family, a report suggests. Vulnerable children moved miles from home - report. The child abuse scandal of the British children sent abroad. For several decades, the UK sent children across the world to new lives in institutions where many were abused and used as forced labour.

Lego faces are getting angrier, study finds. Time. Learn to decode children's drawings. Mona Lisa's smile: The mystery has finally been solved after 500 years. Leonardo da Vinci’s famous portrait of Lisa Gherardini, titled Mona Lisa, is one of the most-discussed works of art ever, partly thanks to the subject’s ambiguous look. According to a recent study by the University of Freiburg, though, the answer to whether she is “sad” or “happy” is simple: her expression is unequivocally “happy”. Parental Alienation Syndrome: What Is It, and Who Does It? Psychology parents in conflict site:www.psychologytoday.com. Co-Parenting and High Conflict. Co-Parenting and High Conflict. Parents and Children in Conflict. The Dynamics of Conflict Between Parent and Child. Child Impact Assessment Framework (CIAF) - Cafcass - Children and Family Court Advisory and Support Service.

Professions with 'most psychopaths' Quote of the Day: Think Your Boss Is a Psychopath? Well, He Might Actually Be One… The Family Drawing Test — Exploring your mind. Are Lawyers All Raging Psychopaths? Are Lawyers All Raging Psychopaths? Psychological Analysis: The Persona of the Courtroom Judge. Psychology teacher lists 101 ways to deal with stress and goes viral. How to Stop Complaining. To reduce stress and anxiety, write your happy thoughts down. Tips for Coping with Stress. Writing for Stress-Release During the Holidays. Coping With Stressful Situations (for Teens) - Nemours KidsHealth. Journaling for Mental Health - Health Encyclopedia. Writing about emotions may ease stress and trauma. Personality disorders in the workplace.