Top Mindblowing Science Documentaries. Linux top: Here's how to customize it. The top program provides a dynamic real-time view of a running system. 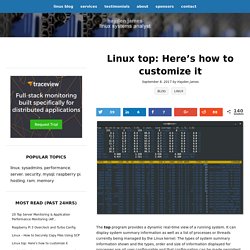 It can display system summary information as well as a list of processes or threads currently being managed by the Linux kernel. The types of system summary information shown and the types, order and size of information displayed for processes are all user configurable and that configuration can be made persistent across restarts. Of course, at times you’ll need to dig a big deeper than top. Especially for application performance monitoring, log analytics, etc. Take a look at some of the solutions in my 50 Top Server Monitoring & Application Performance Monitoring (APM) Solutions list. Linux top provides a limited interactive interface for process manipulation as well as a much more extensive interface for personal configuration — encompassing every aspect of its operation. 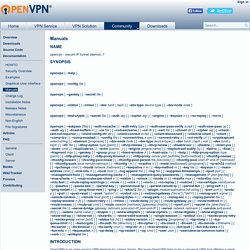 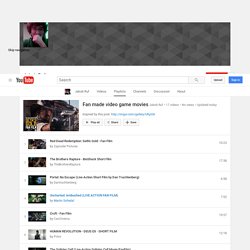 Working... ► Play all Fan made video game movies Jakob Ruf17 videosNo viewsUpdated today Inspired by this post: Play all Sign in to YouTube Sign in History. Like A Rollin Stone Chords (Dylan Bob song) (Video) - AZ Chords. More Big 12 Twitter smoke. Fascinating Documentaries you can watch on YouTube. Meet Google Drive – One place for all your files. My Top 5 Research Subjects. Dangerous Knowledge. In this one-off documentary, David Malone looks at four brilliant mathematicians - Georg Cantor, Ludwig Boltzmann, Kurt Gödel and Alan Turing - whose genius has profoundly affected us, but which tragically drove them insane and eventually led to them all committing suicide. 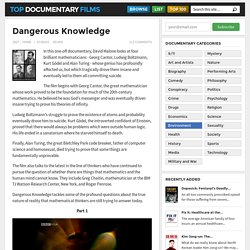 The film begins with Georg Cantor, the great mathematician whose work proved to be the foundation for much of the 20th-century mathematics. He believed he was God's messenger and was eventually driven insane trying to prove his theories of infinity. Ludwig Boltzmann's struggle to prove the existence of atoms and probability eventually drove him to suicide. Kurt Gödel, the introverted confidant of Einstein, proved that there would always be problems which were outside human logic.

His life ended in a sanatorium where he starved himself to death. Finally, Alan Turing, the great Bletchley Park code breaker, father of computer science and homosexual, died trying to prove that some things are fundamentally unprovable. Part 1. More Big 12 Twitter smoke. More Big 12 Twitter smoke. CSNbbs. 10 Animated Shorts Well Worth a Watch. Interesting Historical Photos! (Part.4) How to... ? (favorite and forget) Because y'all probably need something to read. The Large Youtube documentary list! 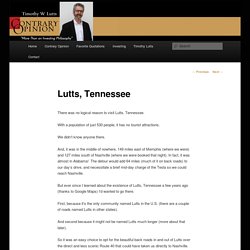 With a population of just 530 people, it has no tourist attractions. We didn’t know anyone there. And, it was in the middle of nowhere, 149 miles east of Memphis (where we were) and 127 miles south of Nashville (where we were booked that night). In fact, it was almost in Alabama! The detour would add 64 miles (much of it on back roads) to our day’s drive, and necessitate a brief mid-day charge of the Tesla so we could reach Nashville. But ever since I learned about the existence of Lutts, Tennessee a few years ago (thanks to Google Maps) I’d wanted to go there. First, because it’s the only community named Lutts in the U.S. And second because it might not be named Lutts much longer (more about that later). So it was an easy choice to opt for the beautiful back roads in and out of Lutts over the direct and less scenic Route 40 that could have taken us directly to Nashville.