Meet Google Drive – One place for all your files 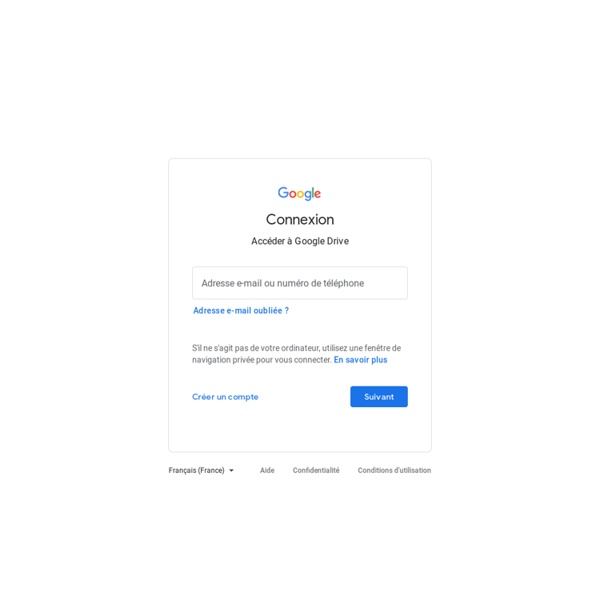 Amsterdam's solution to the obesity crisis: no fruit juice and enough sleep The city of Amsterdam is leading the world in ending the obesity epidemic, thanks to a radical and wide-reaching programme which is getting results even among the poorest communities that are hardest to reach. Better known for tulips and bicycles, Amsterdam has the highest rate of obesity in the Netherlands, with a fifth of its children overweight and at risk of future health problems. The programme appears to be succeeding by hitting multiple targets at the same time – from promoting tap water to after-school activities to the city refusing sponsorship to events that take money from Coca Cola or McDonalds. It is led by a dynamic deputy mayor with the unanimous backing of the city’s politicians. From 2012 to 2015, the number of overweight and obese children has dropped by 12%. Even more impressive, Amsterdam has done what nobody else has managed, because the biggest fall has been amongst the lowest socio-economic groups.

Fan made video game movies Upload Jakob Ruf Loading... Working... ► Play all Fan made video game movies Get Unstuck: How to Move Forward in Life — Alli Worthington 3 Simple Steps to Doing What You Are Meant to Do Do you ever feel like what you are doing is nothing more than spinning your wheels in the mud? You’re putting forth a lot of effort, but you don’t seem to be moving forward. In short, you’re stuck. Stuck like Chuck. Maybe you’re stuck in a boring job that makes you tons of money but doesn’t give you any joy.

NCHS Research Rubric.pdf School Research Rubric Template Research Standard: Students will engage in research by locating, critically selecting, interpreting, organizing, and synthesizing information from print, non-print, and electronic sources to increase knowledge, solve problems, and construct meaning. Ultimate Guide to Google Plus I’ve seen quite a few people who don’t understand Google Plus or think Google Plus is some sort of wasteland with giant swaths of inactivity. I was one of these people until I decided to dive in and really explore the social network and become active on there to see what this G+ thing is all about. The end result is this guide, a complete Google Plus guide for the person who is just getting started, or quite simply, started but staring at a boring feed with zero activity.

3M™ Organic Vapor Cartridge 6001 60 EA/Case NIOSH approved for protection against certain organic vaporsSwept-back design allows an enhanced field of view and comfortBayonet compatibility allows use with many 3M half and full facepiece designsWide range of applications reduces inventory needsSimple installation and usage requirements reduces training requirements NIOSH approved against certain organic vapors. Use with 3M™ Half and Full Facepieces 6000, 7000 and FF-400 Series with bayonet filter holders. The 3M™ Organic Vapor Cartridge 6001 helps provide organic vapor protection in a variety of environments. Dangerous Knowledge In this one-off documentary, David Malone looks at four brilliant mathematicians - Georg Cantor, Ludwig Boltzmann, Kurt Gödel and Alan Turing - whose genius has profoundly affected us, but which tragically drove them insane and eventually led to them all committing suicide. The film begins with Georg Cantor, the great mathematician whose work proved to be the foundation for much of the 20th-century mathematics. He believed he was God's messenger and was eventually driven insane trying to prove his theories of infinity. Ludwig Boltzmann's struggle to prove the existence of atoms and probability eventually drove him to suicide.

Why Hard Work Might Not Pay Off (and What Will) “Man is only truly great when he acts from his passions.” ~Benjamin Disraeli At a young age I was told, “Without hard work nothing grows but weeds.” I was also told, “With hard work it was possible to achieve the American Dream.” I was not sure what the American Dream was, but I did what everyone around me seemed to be doing. AASL Advocacy Brochures Advocacy Brochure Series Helps School Librarians Speak to Stakeholders Developed and distributed through a grant from the Bound to Stay Bound Books Foundation, the American Association of School Librarians (AASL) presents a new advocacy tool to help school librarians generate and guide discussion with stakeholders about quality school library programs. School Library Programs Improve Student Learning is a series of advocacy brochures each designed to speak to a specific stakeholder audience within the school library community, including administrators, policymakers, parents, and teachers. The School Library Programs Improve Student Learning brochure series unfolds AASL’s Standards for the 21st-Century Learner and Empowering Learners: Guidelines for School Library Programs in a way that allows each stakeholder group to visualize a model school library program from their perspective.

The Beginner's Guide to Google+ When Google+ entered the social space in 2011, it was met largely with skepticism. Joining a crowded field with platforms such as Facebook and Twitter, many users questioned the need for another social network. But roughly two years later, Google+ has established itself as the second-largest social media site in the world and boasts a monthly active user base of 235 million.

9 Things You Should Know Before Intermittent Fasting - Anthony Mychal These days, everyone is all about intermittent fasting. The talk centralizes around the physiological and psychological benefits of skipping meals, like not having to carry around twelve Tupperware containers filled with six meals to last an eight hour shift. And how it increases insulin sensitivity, which, when combined with matterful training, creates an ideal environment for partitioning.